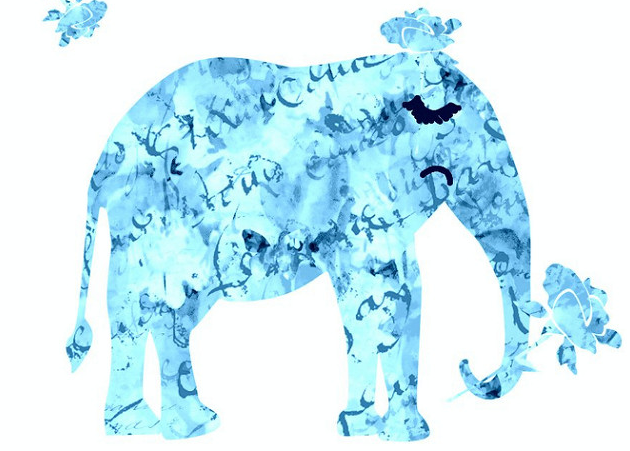 Even as new database systems such as Google’s Cloud Spanner and TiDB come on the scene, the 20-year-old open source PostgreSQL seems to be holding its own.

The relational database system ranked in fourth place behind Oracle, MySQL and Microsoft SQL Server in DB-Engines’ ranking of the most popular databases for February.

In one of its biggest shows of support, Amazon added PostgreSQL support to the AWS Aurora database late last year, making it easier to move an Oracle database to the AWS cloud.

“Commercial grade databases are proprietary, expensive and require vendor lock-in. Builders don’t like this and it’s why enterprises have been moving as fast as they can to open source [options] like MariaDB, MySQL and PostgreSQL,” AWS CEO Andy Jassy said at the time.

“Twitch has approximately 125 database hosts serving OLTP workloads in production, usually as part of a cluster. Approximately 4 [percent] run MySQL, 2 [percent] run Amazon Aurora, and the rest run PostgreSQL,” Brashears wrote. “We manage the provisioning, system image, replication and backup of several of the databases though most new clusters are RDS for PostgreSQL.” 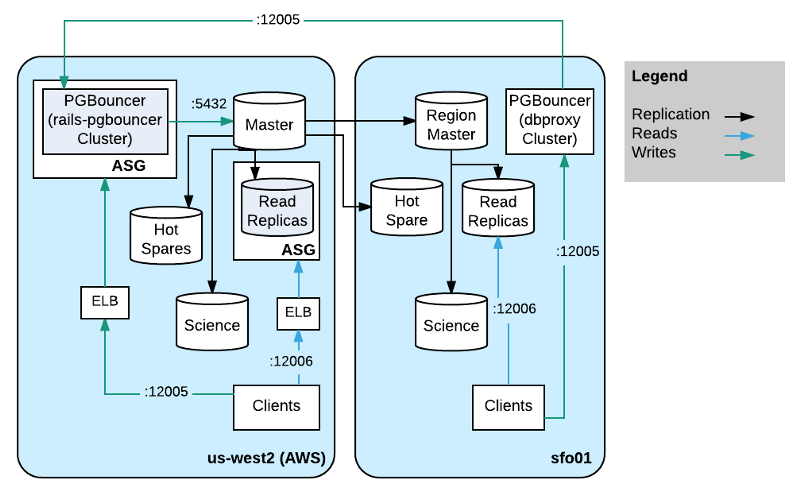 He wrote: “I’m pretty sure PostgreSQL is some combination of a minimal tool choice and the Swiss army knife tool choice in the shape of a big blue solid elephant.”

PostgreSQL, which evolved from the Ingres project at the University of California, Berkeley, celebrated the 20th anniversary of its first open source release last year.

“There may be situations where Hadoop or Cassandra, for instance, are the best places to store certain data, IOT data, depending on the volume, or for historical reasons you have data stored somewhere else. Now you can do a MapReduce job to expose that through a foreign data wrapper into Postgres. Inside Postgres, you can do queries, you can write reports. So that really enables a polyglot data model where you can have data in multiple different places and handle it in an organized way,” said Marc Linster, senior vice president of product development at EnterpriseDB, which sponsors the open source project and offers a commercial distribution of PostgreSQL focused on large-scale uses.

Though it’s been around for a long time, PostgreSQL not out of touch, according to Linster, pointing to features such as JSON-B for document stores and Post-GIS capabilities for geographic information systems.

“You can use JSON-B all the way from the browser to the database, all the way through the stack. Other databases require you to deconstruct documents for the mobile browser, then do transactions from the bits and pieces. In Postgres, you can use the whole document,” Linster said.

He cites its general-purpose nature as one of its strengths.

“In Postgres, you can start out unstructured, but you can use structure as you uncover it. Think how powerful that is: I can start with tables and relationships, but I can also start in areas where I don’t know yet what my structure’s going to be like. I can have a contact field, which is a JSON field, that can note multiple phone numbers and multiple email addresses within that field. As the application matures, I might pull some of that information out or start managing it differently, but I can start unstructured. And I can decide that some of my data will remain unstructured and some of it will be strictly structured,” he said.

In PostgreSQL 9.5, the database project moved closer to combining data analysis with a traditional database, functions previously thought to require separate systems. But “the real story is that [Hybrid transaction/analytical processing or HTAP] is going mainstream,” according to Gartner analyst Massimo Pezzini, pointing to reduced hardware costs and business imperatives for real-time analytics among the drivers.

PostgreSQL Version 9.6 added parallel processing capabilities that use multiple CPU cores to accelerate response times for queries that touch a lot of data. And enhancements to the freeze map eliminate multiple scans of data on certain data blocks, reducing I/O overhead. These enhancements further boost its ability to scale up.

In conjunction with the release of its enterprise PostgreSQL platform last week, EnterpriseDB released an adapter, called a Foreign Data Wrapper (FDW), for Hadoop with Apache Spark compatibility. The new version, HDFS_FDW, can be downloaded from the EDB PostgresData Adapters web page or the EnterpriseDB PostgreSQL GitHub page.

Data wrappers allow you to connect from within PostgreSQL (Also known as Postgres) to a remote system, then read and write data from other databases and use it as if it were inside the PostgreSQL database, Citus Data’s Craig Kerstiens explain in a post on FDWs.

They allow PostgreSQL queries to include structured or unstructured data, from multiple sources, such as NoSQL databases and the Hadoop Distributed File System (HDFS), as if they were in a single database.

The new version gives organizations the ability to combine analytic workloads based on the HDFS with operational data in PostgreSQL, using an Apache Spark interface.

In 9.6 and looking forward to version 10, due out in the third quarter of 2017, the community is working to maximize use of hardware resources for PostgreSQL, according to Robert Haas, EnterpriseDB vice president and chief database architect.

“We want to work to make sure you can use all the hardware resources that you have for Postgres. That used to be a bottleneck. There will be improvements in the way we do locking internally that results in better concurrency so you can put heavier and heavier loads on the system,” he said.

And the project needs to have core capabilities in place so that anyone can create foreign data wrappers that talk to other data sources such as Spark or Hadoop, he said

“What you’re seeing in 9.6, and there will be even more in 10, is increased ability for authors of foreign data wrappers to push more and more calculations over to the remote server to kind of turn PostgreSQL into a data hub. In 9.6, we now have support for pushing down joins and aggregates to remote servers if the data wrapper supports that.”

Logical replication will be coming in version 10. Physical replication has been available for several releases now, which promotes high availability, but logical replication means replicating rows between different types and versions of database systems, he said. It allows you to replicate individual tables rather than entire databases.

And a lot of work on parallelism will be part of the next version, allowing infrastructure and capabilities will be broadened out to new use cases.

Susan Hall is the Sponsor Editor for The New Stack. Her job is to help sponsors attain the widest readership possible for their contributed content. She has written for The New Stack since its early days, as well as sites...
Read more from Susan Hall
Share this story
RELATED STORIES
Better Data Prep and the Importance of Metric Grain CDP One Takes Cloudera into the SaaS Analytics League Monitoring Air Quality with InfluxDB and Telegraf Getting Started Using Scripts with InfluxDB Forecasting with Kats and InfluxDB
Share this story
RELATED STORIES
How to Make SQL Easier to Understand, Test and Maintain Combining Analyst and Machine Power to Drive Business Results More Data Engineers Crave FAANG Jobs Trivago Achieves 'Regional Independence' with Istio, Kubernetes Better Data Prep and the Importance of Metric Grain
THE NEW STACK UPDATE A newsletter digest of the week’s most important stories & analyses.
We don't sell or share your email. By continuing, you agree to our Terms of Use and Privacy Policy.