Besides technology playing a role in the world's geopolitical conflicts, there was also one unmistakable trend in 2022 that was both haunting and hilarious.
Jan 1st, 2023 6:00am by David Cassel 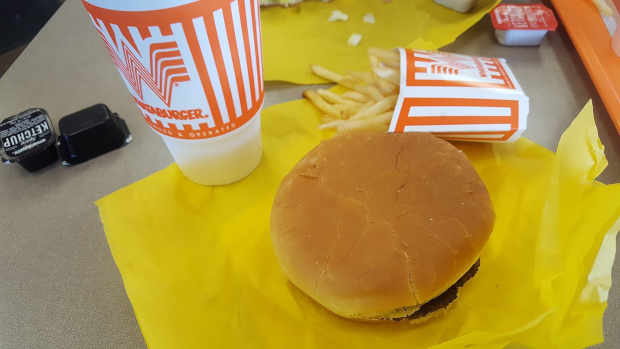 After all the dreaming, our technologies can still take unexpected turns, amazing and alarming us.

As we agonize through another year about whether, as the Christmas carol says, “the wrong shall fail, the right prevail,” I’ve traditionally started each new year with what I’ve called “a massive MapReduce on the year gone by” — a lively lightning round of overlooked moments, in a final closing ceremony for the year gone by.

But in asking what was truly significant about 2022, are we also highlighting events that foreshadow things to come? Besides technology playing a role in the world’s geopolitical conflicts, there was also one unmistakable trend in 2022 that was both haunting and hilarious. It was the advances in both the performance and the accessibility of AI technology.

Along with our own very human worries about them…

The year ended with OpenAI introducing a natural-language chatbot that seemed to do everything, and before the year was over, ChatGPT…

OpenAI’s page provided more impressive achievements, showing ChatGPT simulating the acts of debugging code, explaining mathematical theorems, and writing the complete text of a friendly note to introduce yourself to your neighbor. ChatGPT even wrote the first three paragraphs for an article in the Atlantic criticizing ChatGPT — and then later in that same article, convincingly generated a medieval narrative-style poem about Whataburger.

It was all enough to make Google’s CEO issue a “code red” memo over the prospect that a natural-language bot could one day replace traditional search engines.

AI had finally advanced enough that we’d started grappling with the thorny issues it raised — and provocative examples were everywhere. DeepMind’s AlphaCode achieved what its developers called “approximately human-level performance” in programming competitions, as they considered the possibility of “shifting human work to formulating problems, with machine learning being the main one responsible for generating and executing codes.” And by June GitHub Copilot was already positioning itself to sell AI-powered pair programming. GitHub was so confident in its success that it began charging $100-a-year subscriptions (while insisting it would remain free for teachers, students, and maintainers of popular open source software).

There were undeniable bursts of enthusiasm. When GitHub announced work on a voice-driven Copilot in November, 7,000 people joined the waitlist for its “technical preview”. But GitHub also finally provoked a long-anticipated class action lawsuit accusing the service of committing software piracy on an unprecedented scale (as well as the breaching of licensing requirements when copying code).

“AI sys­tems are not exempt from the law,” argued the class action suit’s website.

It’s all proof that our technology has advanced enough that we’re seeing it in new ways, both recombining it and reassessing it. But perhaps more importantly, it’s also reached the point where we’re now often just casually playing around with it, just to see what strange things will happen next.

Eventbrite’s director of architecture noted that ChatGPT had been carefully crafted to avoid most inappropriate responses, which led him to invent a new game: “convince it to give you a detailed list of ideas for crimes.” Meanwhile, 33 different coders produced computer-generated novels for the 9th annual “National Novel-Generating Month.”

And optics research scientist Janelle Shane had some fun letting AI generate funny names for doughnuts — and then used more AI-generated output to illustrate them.

Rise of the IT Armies

As William Gibson once famously once wrote, the street finds its own uses for things. But in 2022, this played out unexpectedly on the world stage…

Our 2021 year-end review had presciently cited “the rise of Russian cyber soldiers” believed responsible for the Solar Winds breach. Microsoft had told 60 Minutes that more than a thousand engineers had probably worked on clandestinely re-writing 42,032 lines of code to create what Reuters described as a “bugged network-management software” that was ultimately downloaded by more than 18,000 companies.

Barrelling into 2022, January found another “highly destructive form of malware” lurking inside dozens of Ukraine’s government (and private) computer networks, according to the New York Times, citing reports from the Microsoft Threat Intelligence Center. And the next fateful month, only 55 days into 2022, Russia had launched its invasion of Ukraine…

And yet surprisingly, this ultimately triggered a powerful wave of online counter-attacks against Russia. Within four days Ukraine’s Vice Prime Minister called for the rise of an “IT army,” and the newspapers of the world scrambled to cover all the online antics that followed. The Jerusalem Post reported that the websites for the Kremlin and the Ministry of Defense soon went dark for several hours (along with Russia’s web portal of state services and three other Russian government sites).

Sure enough, Russia’s invasion had triggered all-out technological improvisations around the world. By July a pro-Ukrainian cybersecurity specialist analyzed a sampling of 100 Russia databases — and discovered a whopping 92% of them had been compromised by the “hacktivist” collective Anonymous. The specialist later told CNBC that the group’s actions had “demystified Russia’s cyber capabilities,” while CNBC noted the group’s claims of deleting, encrypting, defacing, and leaking of data from databases.

Polish programmers somehow ended up with 20 million Russian cellphone numbers and nearly 140 million email addresses, according to the Wall Street Journal — which they promptly used to create an app for sending millions of anti-war messages directly to Russian citizens. And meanwhile, Anonymous also claimed it cracked its way into Russian streaming TV services to broadcast uncensored war footage.

All of Tomorrow’s Technology

What’s remarkable is how nearly all the technologies in the world in 2022 seemed to get involved. The world’s 3D printing enthusiasts began producing supplies to send to Ukraine, according to the Washington Post, including splints, bandages, AK-47 add-ons, and more than 5,000 reusable tourniquets. Elon Musk was hailed as a hero for restoring Ukraine’s crucial internet access through his Starlink satellite internet service. The band Pink Floyd reunited to record a fundraising new single using the vocals from a Ukrainian soldier’s Instagram post. Banksy contributed seven murals.

And 1,300 librarians scrambled to preserve what the Washington Post called “the country’s digital history — its poems, archives, and pictures” from “over 2,500 of the country’s museums, libraries, and archive” (as well as crucial government data like census figures). The coalition preserved the data on rented servers.

And then last month the Los Angeles Times revealed that since February Amazon has been working with Ukraine’s government to export “massive amounts of government, tax, banking and property data” physically out of the country (using Amazon’s suitcase-sized Snowball Edge “data transfer appliance”), and then ultimately uploading that data safely into Amazon’s cloud service. (And in addition, Amazon has also “been playing Santa Claus to Ukraine, delivering planeloads of goods, including blankets, hygiene kits, diapers, food and toys, for the war-torn nation and refugees in Poland and other parts of Europe.”)

What’s the lesson we learn looking back at 2022? Maybe it’s that the technologies of the world will inevitably get drawn into the conflicts of 2023. But it’s not all bad news. Russia’s invasion of Ukraine has already spurred more interest in alternative fuel technologies, including the beginning of a complicated project to bring clean wind-generated energy from Azerbaijan through Georgia and then across the 700-mile Black Sea into the EU by 2026.

As we look backward and then straight ahead, it becomes clear that we’re stuck with this ongoing muddle of our hopes, our fears — and our half-understood technologies.

It’s been said that nothing happens until we dream it.

But what’s even more interesting is what happens next.