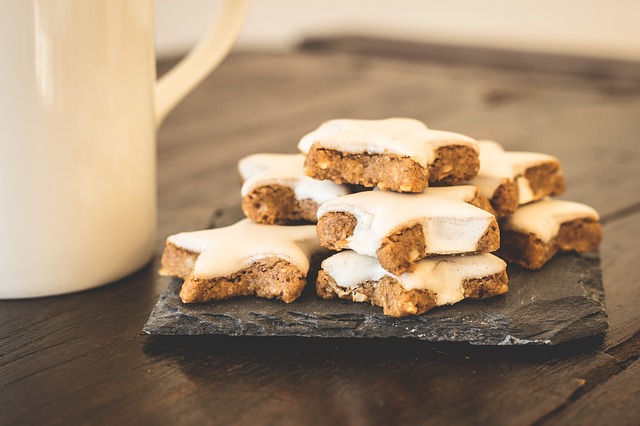 Open source software is a bit like public radio: A fantastic free resource that we use every day, and even say we can’t live without. And that we keep meaning to support with actual donations of time, effort and/or money without maybe actually ever quite getting around to it.

Five Christmases ago Andrew Nesbitt, a freelance software developer based in the UK, had an inspiration. Perhaps there was eggnog or other some other holiday libation involved, but Andrew was moved by the Yuletide spirit to create 24 Pull Requests as a way for coders to give back to the open source community. In a podcast from 2014, he explained, “I thought, what if we did something like an advent calendar, with the goodness each day going to the maintainers of open source projects. So they get nice little gifts of code each day on the run up to Christmas from people who have used their libraries throughout the year.” The first year 24PR was a thing, back in 2012, Andrew basically threw up a single HTML page on GitHub with the message “Why don’t you do this?” outlining the idea — contribute a pull request each day from December 1st until Christmas Eve — and invited some friends to it.

“I put the code on GitHub because, well, that naturally is where I put my code,” Andrew said. He wasn’t necessarily intending to make 24PR itself open source, but then he wasn’t really intending to create a global project available in 16 different (spoken) languages whose current scope includes 12,512 (and counting) web developers whose contributions are merged by 820 maintainers.

Get Your Hack On

It’s a fun way to get your hack on. 24PR could not be easier to join: hit the website, log in with your GitHub handle, and you’re live. The project supports open source efforts in 121 different languages, so if you’ve been itching to get a coding groove on in, say, Moon Script, Turing, or even Groovy, 24PR has you covered. If you don’t happen to have any immediate bug reports burning a hole in your personal operating system, the 24PR site offers a list of recommended projects providing lots of leads.

As in, a lot a lot: 617 recommended projects that could use a little help from their friends. A veritable smorgasbord of open source opportunities, from Angular.js to Zotonic, awaits. Want to put your personal stamp on JSON5, the unofficial successor to JSON that brings syntax conveniences for real humans (comments, unquoted keys, trailing commas) while still being a strict subset of ECMAScript5? They’re awaiting your pull request. So are the fine folks at Ghost, a blogging platform written in node.js, asking for help making deadline on a December delivery for V0.4, their latest version.

The obvious benefit: working out your existing coding chops, or even inspiring you to acquire new skillz.

Yes, it’s already late December. But it’s not too late to get in on the 24 Pull Requests action. Take Tom Kraak, who recently stepped away from day-to-day operations at Backroom, the brand development company he founded, to work as a UI Software Engineer at AOL. He also teaches front end web dev bootcamp courses at Betamore Academy in Baltimore, Maryland. Kraak jumped onto the 24PR bandwagon midway through December and has been busily cranking out code snippets and bug fixes in what little spare time he can find. “I probably won’t make it all the way to 24 this year, but even if I only make half, that is still a decent contribution in a short amount of time,” he said.

Kraak said that he made room in a jam-packed personal and professional schedule because he, like many developers, uses open source projects in his daily work. “Giving back is always on my mind, but 24PR almost turns it into a game: ‘There is limited time, can you make it?’”

It’s a gift that keeps on giving, too. The obvious benefit: working out your existing coding chops, or even inspiring you to acquire new skillz. However, perusing 24PR’s wish list of open source contrib opportunities can lead to discovery of heretofore unknown, but handy, libraries or utilities that help out back in your everyday-for-pay workload.

Even total n00bs fresh out of coder boot camp can contribute. In fact, 24PR makes a special effort to encourage those who have ever made their first pull request (and who may not be quite sure what that even means). There are robust resources to guide anyone intimidated by the whole open source world, with hand-holding through each step of the way. One of the featured contribution projects is, in fact, the website for @YourFirstPR — clearly, the path is made by walking.

The folks at 24PR also emphasize that contributions come in many forms, many with a very low bar of entry. Maintainers need help beyond providing patches, testing, and adding kewl new features. How many of us, for example, haaaaate writing documentation? That opportunity is wide, wide open for many projects. Even the newest n00b can jump in with spelling and punctuation fixes (ahem, changing Github to GitHub (#56)). Just asking a question — “Hey, I don’t understand this part, can you clarify?” — is an utterly legit way to get into the game.

Many maintainers value this kind of feedback; after all, they don’t know if it’s not working unless you tell them, and they often lack time for that kind of UX refinement on their own work.

FALALALA — the takeaway: even small contributions can be valuable. Don’t be shy. And, yes, it’s already December 20th, but there are still four days left to get in there and pull some open source weight.