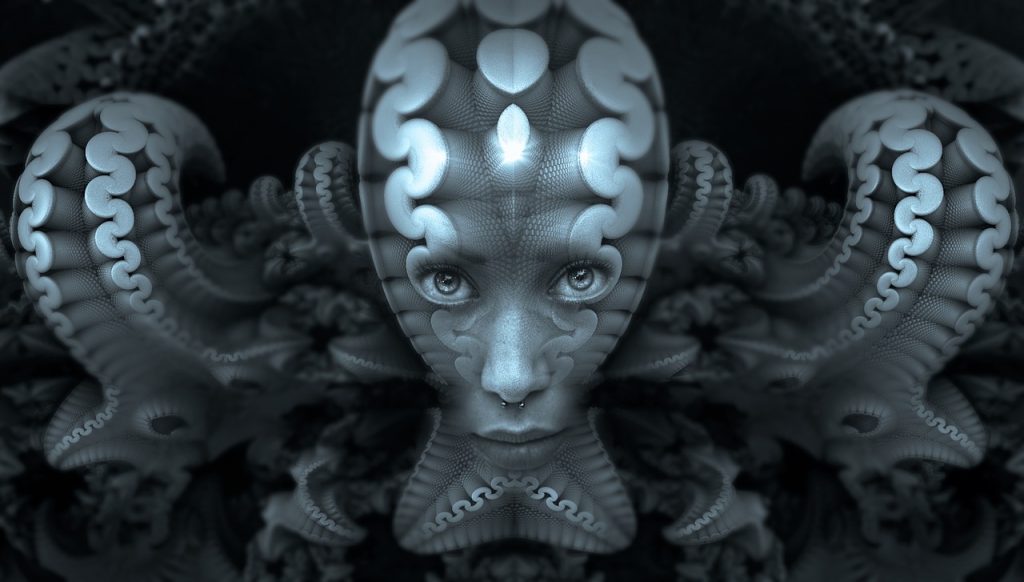 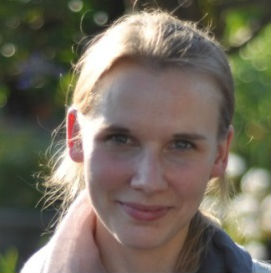 Maarit Widmann
Maarit Widmann is a junior data scientist at KNIME. She started with quantitative sociology and holds her bachelor’s degree in social sciences. The University of Konstanz made her drop the “social” as a Master of Science. Her ambition is to communicate the concepts behind data science to others in videos and blog posts. Follow Maarit on LinkedIn.

The full big data explosion has convinced us that more is better. While it is of course true that a large amount of training data helps the machine learning model to learn more rules and better generalize to new data, it is also true that an indiscriminate addition of low-quality data and input features might introduce too much noise and, at the same time, considerably slow down the training algorithm.

So, in the presence of a dataset with a very high number of data columns, it is good practice to wonder how many of these data features are actually really informative for the model. A number of techniques for data-dimensionality reduction are available to estimate how informative each column is and, if needed, to skim it off the dataset.

Back in 2015, we identified the seven most commonly used techniques for data-dimensionality reduction, including:

Those are traditional techniques commonly applied to reduce the dimensionality of a dataset by removing all of the columns that either do not bring much information or add no new information. Since then, we have started to use three additional techniques, also quite commonly used, and have added them to the list as well.

Let’s start with the three techniques recently added and then move backwards in time with a review of the seven original techniques. 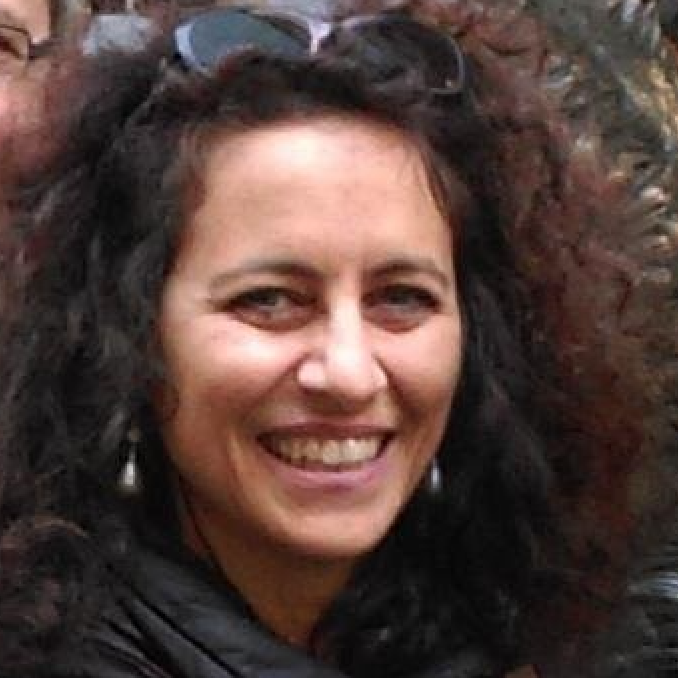 Rosaria Silipo, Ph.D.
Rosaria Silipo, Ph.D., principal data scientist at KNIME, is the author of 50+ technical publications, including her most recent book “Practicing Data Science: A Collection of Case Studies.” She holds a doctorate degree in bio-engineering and has spent more than 25 years working on data science projects for companies in a broad range of fields, including IoT, customer intelligence, the financial industry, and cybersecurity. Follow Rosaria on Twitter and LinkedIn.

In our first review of data dimensionality reduction techniques, we used the two datasets from the KDD Cup 2009: the large dataset and the small dataset. The particularity of the large dataset is its very high dimensionality with 15,000 data columns. Most data mining algorithms are implemented columnwise, which makes them slower and slower as the number of data columns increases. This dataset definitely brings out the slowness of a number of machine learning algorithms.

The KDD Cup 2009 small dataset is definitely a lower dimensional than the large dataset but is still characterized by a considerable number of columns: 230 input features and three possible target features. The number of data rows is the same as in the large dataset: 50,000. In this review, for computational reasons, we will focus on the small dataset to show just how effective the proposed techniques are in reducing dimensionality. The dataset is big enough to prove the point in data-dimensionality reduction and small enough to do so in a reasonable amount of time.

Let’s proceed now with the (re)implementation and comparison of 10 state-of-the-art dimensionality reduction techniques, all currently available and commonly used in the data analytics landscape.

In order to apply the LDA technique for dimensionality reduction, the target column has to be selected first. The maximum number of reduced dimensions m is the number of classes in the target column minus one, or if smaller, the number of numeric columns in the data. Notice that linear discriminant analysis assumes that the target classes follow a multivariate normal distribution with the same variance but with a different mean for each class.

The first part of the autoencoder — from the input layer to the hidden layer of m units — is called the encoder. It compresses the n dimensions of the input dataset into an m-dimensional space. The second part of the autoencoder — from the hidden layer to the output layer — is known as the decoder. The decoder expands the data vector from an m-dimensional space into the original n-dimensional dataset and brings the data back to their original values.

In the first step, the data points are modeled through a multivariate normal distribution of the numeric columns. In the second step, this distribution is replaced by a lower dimensional t-distribution, which follows the original multivariate normal distribution as closely as possible. The t-distribution gives the probability of picking another point in the dataset as a neighbor to the current point in the lower dimensional space. The perplexity parameter controls the density of the data as the “effective number of neighbors for any point.” The greater the value of the perplexity, the more global structure is considered in the data. The t-SNE technique works only on the current dataset. It is not possible to export the model to apply it to new data.

Here is a brief review of our original seven techniques for dimensionality reduction:

For such techniques, the final accuracy is obtained by applying all three classification models to the reduced dataset and adopting the one that performs best.

Overall accuracy and area under the curve (AUC) statistics are reported for all techniques in Table 1. We compare these statistics with the performance of the baseline algorithm that uses all columns for classification.

Table 1: Number of input columns, reduction rate, overall accuracy and AUC value for the 10 dimensionality reduction techniques based on the best classification model trained on the KDD Cup 2009 small dataset.

A graphical comparison of the accuracy of each reduction technique is shown in Figure 1 below. Here all reduction techniques are reported on the x-axis and the corresponding classification accuracy on the y-axis, as obtained from the best-performing model of the three basic models proposed above. 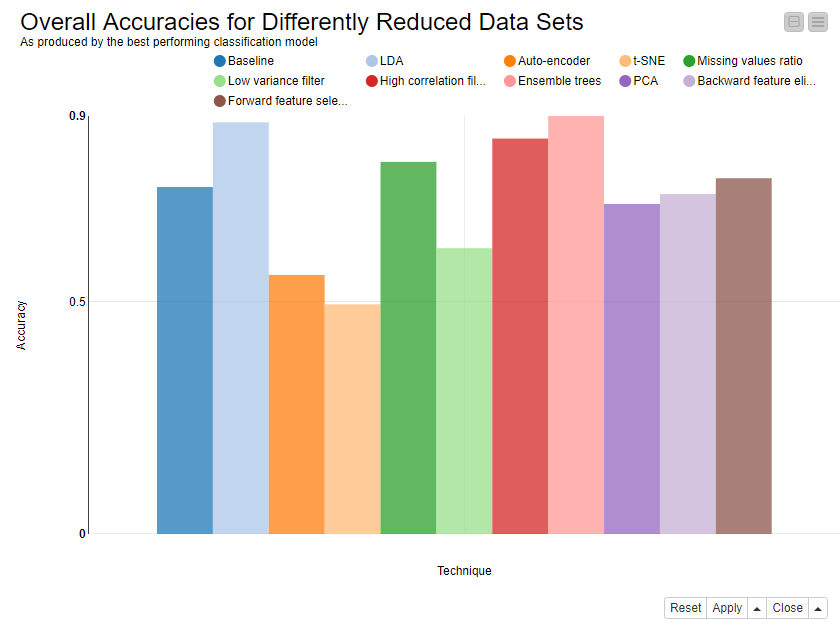 Figure 1. Accuracies of the best-performing models trained on the datasets that were reduced using the 10 selected data dimensionality reduction techniques. 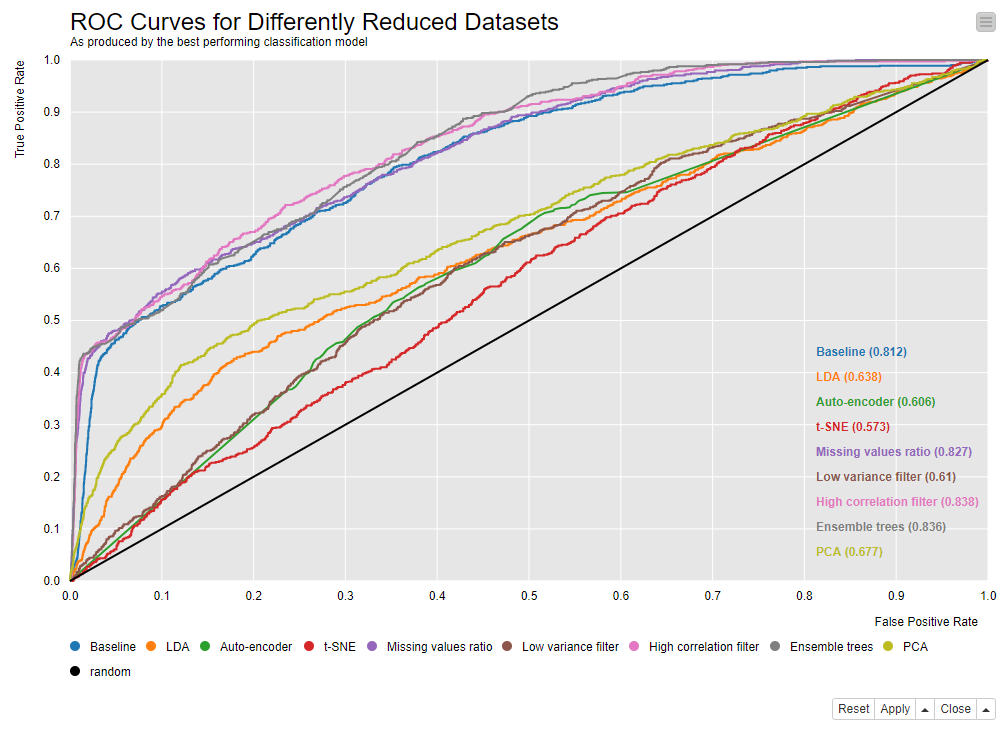 Figure 2: ROC curves showing the performances of the best classification model trained on the reduced datasets: Each dataset was reduced by a different dimensionality reduction technique. Click to enlarge.

Implementation of the 7+3 Techniques

Figure 3 below shows the workflow that implements and compares the 10 dimensionality reduction techniques described in this review. In the workflow, we see 10 parallel branches plus one at the top. Each one of the 10 parallel lower branches implements one of the described techniques for data-dimensionality reduction. The first branch, however, trains the bag of classification models on the whole original dataset with 230 input features.

Each workflow branch produces the overall accuracy and the probabilities for the positive class by the best-performing classification model trained on the reduced dataset. Finally, the positive class probabilities and actual target class values are used to build the ROC curves, and a bar chart visualizes the accuracies produced by the best-performing classification model for each dataset.

You can inspect and download the workflow from the KNIME Hub. 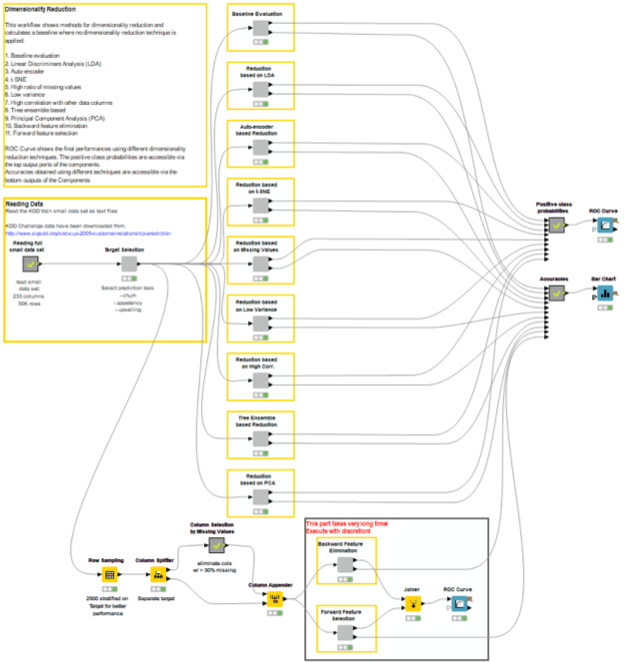 Figure 3: Implementation of the 10 selected dimensionality reduction techniques. Each branch of this workflow outputs the overall accuracy and positive class probabilities produced by the best-performing classification model. An ROC curve and bar chart then compare the performance of the classification models trained on the reduced datasets. The workflow can be downloaded and inspected from the KNIME Hub.

In this article, we have presented a review of 10 popular techniques for data dimensionality reduction. We have actually expanded a previous existing article describing seven of them by adding three additional techniques.

We trained a few basic machine learning models on the reduced datasets and compared the best-performing ones with each other via reduction rate, accuracy and area under the curve.

Notice that dimensionality reduction is not only useful to speed up algorithm execution but also to improve model performance.

In terms of overall accuracy and reduction rate the random, forest-based technique proved to be the most effective in removing uninteresting columns and retaining most of the information for the classification task at hand. Of course, the evaluation, reduction and consequent ranking of the 10 described techniques are applied here to a classification problem; we cannot generalize to effective dimensionality reduction for numerical prediction or even visualization.

Some of the techniques used in this article are complex and computationally expensive. However, as the results show, even just counting the number of missing values, measuring the column variance and the correlation of pairs of columns — and combining them with more sophisticated methods — can lead to a satisfactory reduction rate while keeping performance unaltered with respect to the baseline models.

In the era of big data, when more is axiomatically better, we have rediscovered that too many noisy or even faulty input data columns often lead to unsatisfactory model performance. Removing uninformative — or even worse, misinformative — input columns might help to train a machine learning model on more general data regions, with more general classification rules, and overall with better performances on new, unseen data.

For more information on KNIME, please visit www.knime.com and the KNIME blog.