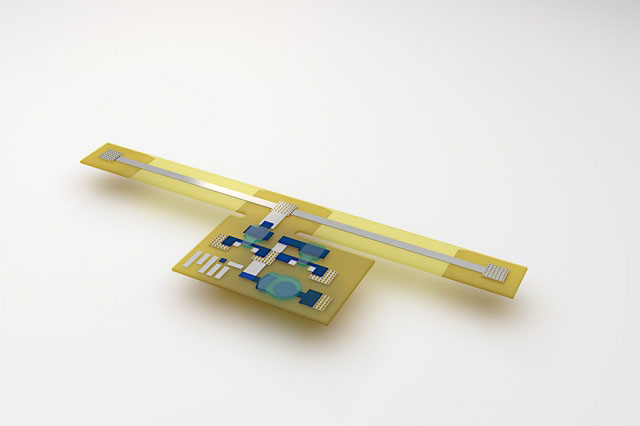 The promise of flexible electronics has been attracting plenty of attention in the last few years, with possible applications in not only consumer electronics but also in the construction and health industry (think of phones, photovoltaics or medical instruments that can fold and twist). Now a team of researchers at MIT’s Computer Science and Artificial Intelligence Laboratory (CSAIL) have developed a way to integrate both sensors and processing circuitry on a flexible material, using 3-D printing.

These malleable, reactive 3-D printed “skins” loaded with sensors could someday be used to clad robots, machines and even our buildings. Imagine autonomous machines or systems capable of sensing their environment and adapting accordingly; a glass-and-steel high-rise covered in this kind of skin could lower the transparency of its glass on sunny days, for example. Under the influence of heat, flexible and printed robotic components could shape-shift and “self-assemble” into another form.

The research team’s findings, published in a recent issue of Advanced Materials Technologies, detail how they were able to construct a device that could not only detect the mechanical stresses placed upon it, but could also process a response to it, namely changing the color of a certain area on its 3-D printed surface. Taking its cues from the golden tortoise beetle, or “goldbug,” an insect which changes the color of its shell when touched, the team’s composite device reacts in a similar way.

“In nature, networks of sensors and interconnects [such as the human nervous system] are called sensorimotor pathways,” said the paper’s lead author Subramanian Sundaram, a graduate student in electrical engineering and computer science. “We were trying to see whether we could replicate sensorimotor pathways inside a 3-D-printed object. So we considered the simplest organism we could find.” 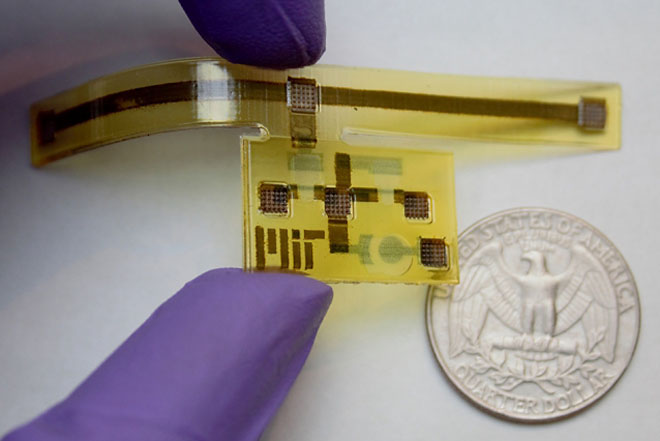 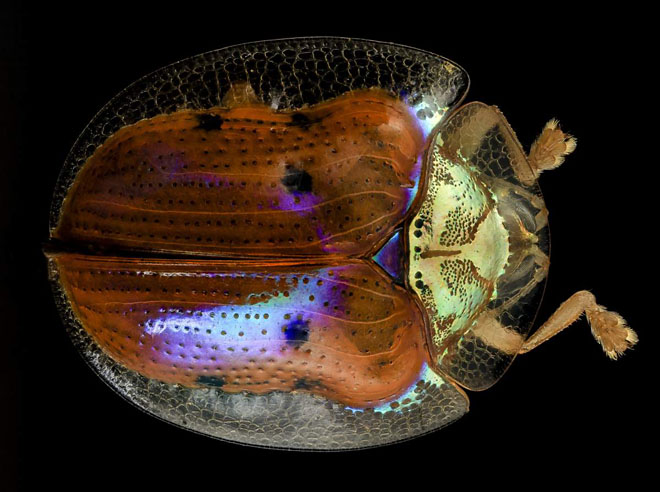 The team’s approach, however, differs from conventional methods of constructing flexible electronics. Instead of selecting a flexible substrate material and then layering circuitry on it, the team 3-D printed both substrate and circuitry at the same time, which expands the possible range of devices that could be manufactured. In addition, the team’s use of MIT’s MultiFab, a 3-D printer prototype capable of printing up to 10 different materials simultaneously, meant that these multifunctional substrates could also incorporate a range of various materials within the same layer. Materials can even be printed at varying temperatures, thanks to different printing heads that can extrude out hot and cold materials. An array of diodes emitting ultraviolet light were used to solidify the wet, printed materials that make up the substrate. 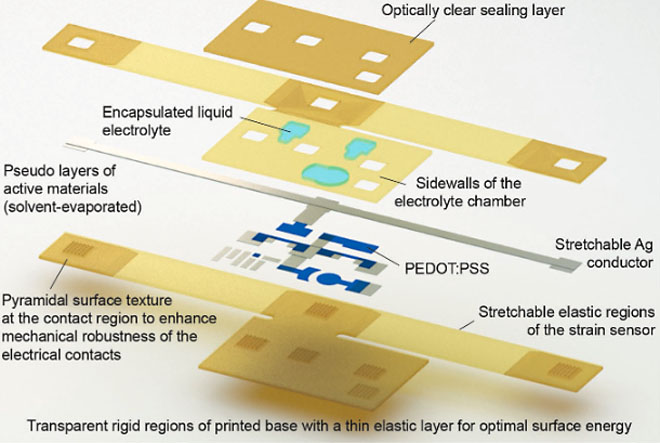 The team’s hybrid device is laid out in a somewhat compressed T-shaped formation, consisting of a wide base and a long, horizontal top bar. This top bar is made of a stretchable plastic, with a strip of silver embedded in it, so that during experiments, electrodes could be clipped onto either end.

The broad piece that forms the base of the device is printed with a sturdier plastic, containing two printed transistors and a spot of semi-conducting polymer. This “pixel”, as the researchers dubbed it, is capable of changing color responsively when the top crossbar is stretched, thus altering the electrical resistance of the silver strip. 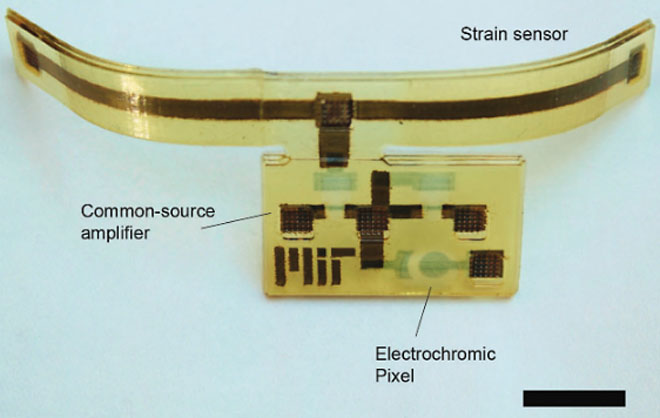 By including this liquid layer, the team’s design requires a lower voltage of 1.5 volts to run, but the flip side is that it’s not as long-lasting, though such a composite device that combines both sensory and processing capabilities will make more complex autonomous systems possible. “I think we can probably get it to work stably for two months, maybe,” said Sundaram. “One option is to replace that liquid with something between a solid and a liquid, like a hydrogel, perhaps. But that’s something we would work on later. This is an initial demonstration.”

Read more over at MIT.