DevOps teams looking for a safe, controlled environment that supports where and how engineers work best find that hypervisors are extremely useful.
Oct 14th, 2022 8:19am by Robert Shimp and Simon Coter 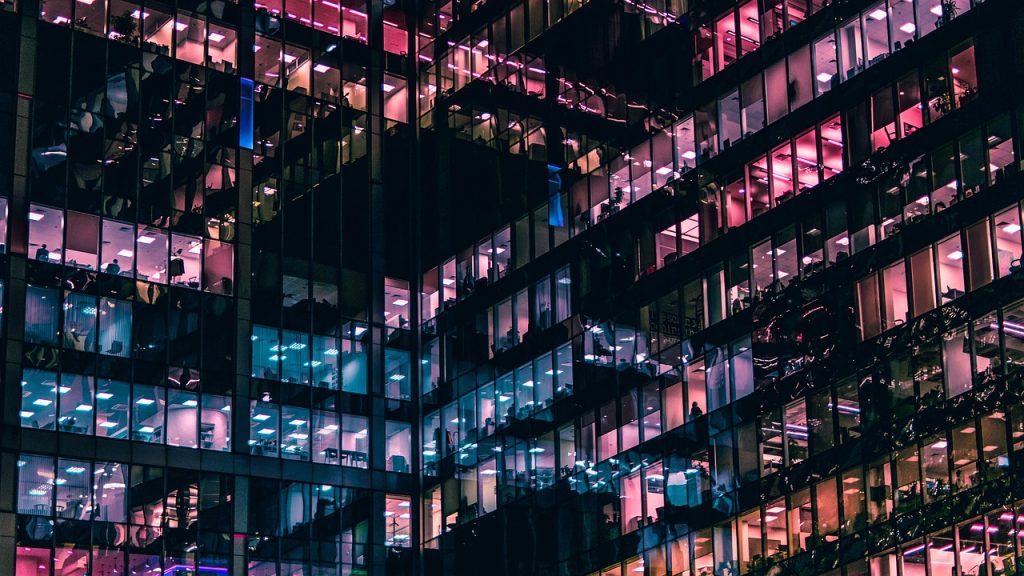 Image via Pixabay.
TNS Annual Reader Survey
We need your input! Take 5 minutes to chime in and help guide our coverage.
Begin the survey
Oracle sponsored this post.

Even as cloud native development takes off, many DevOps teams continue to rely on virtual machines (VMs) as part of their toolkit. There’s so much demand that license sales of popular VM products from Citrix, Microsoft, Oracle and VMware are predicted to grow nearly 20% annually through 2027.

Part of that growth is due to the way VMs and hypervisors help distributed DevOps teams overcome hurdles. For example, DevOps engineers often write services in small, manageable chunks of code. That means that the software’s complexity lies less in the coding and more in how those chunks of code are connected. It’s about ensuring that the new software will work as planned across a diverse set of operating systems and platforms — and clouds.

Add remote developers to the mix and DevOps teams start looking for a safe, controlled environment that supports where and how engineers work best. It turns out that hypervisors are extremely useful in this situation. Here are four reasons:

As individuals, DevOps engineers often have a strong opinion about the operating system — Linux, Windows, macOS — where they’re most productive. Similarly, some engineers have a strong affinity for a specific brand of workstation hardware. Asking a distributed team to standardize on a single development platform can lead to frustration and lower productivity; it’s best to offer each person exactly what they want and need.

In addition, while the operating system and hardware can vary, the software development and testing environment needs to match wherever the new application will be deployed — that is the target platform. A good hypervisor can run the project’s specific target environment on the developer’s high-end workstation running Linux, an Apple MacBook Pro running macOS or a laptop running Windows 11.

And if the next project that the DevOps team handles specifies a different target environment, no problem. The hypervisor can handle that because hypervisors, like DevOps teams, are first-class multitaskers.

Keep in mind that not all hypervisors work the same. Oracle VM VirtualBox, which is open source, uses the same hypervisor to allow multiple operating systems of different types to run concurrently on a single device. So whether your top engineers are using Windows, macOS, Linux or even Solaris, the apps they develop will work without change when shared with a colleague who is using a different OS/workstation/laptop. On the other hand, some proprietary systems offer a different hypervisor on Windows than on Mac, which can complicate such sharing. 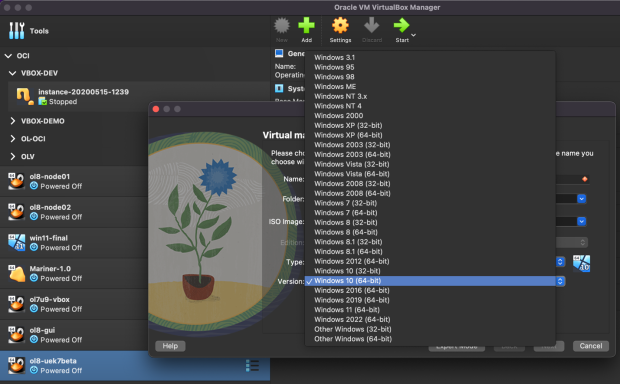 Open source Vagrant Projects and Vagrant Boxes from Oracle provide prebuilt base images that can help streamline application development by creating easier to share, customized environment builds within and between teams. For example, 10 DevOps engineers working together on a project may want to use the same OS, kernel, drivers and libraries but might accidentally end up with 10 slightly different installations. Running a hypervisor with Vagrant extensions allows one installation and configuration script to be easily shared across every engineer’s desktop, making sure the target environments are identical. 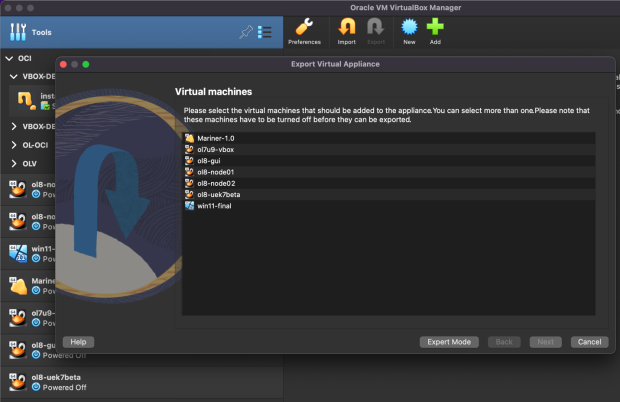 With VirtualBox 7.0, a DevOps engineer can share an installation with a team member with a single export command.

Remote work is creating new security challenges for businesses. To defend against cyberattacks, organizations usually force workstations and laptops to encrypt all their data. In an agile world, DevOps engineers must multitask like never before, but there might not be enough room on their desktop or notebook for all their current or recent project environments. Some engineers solve this problem by using external local storage, such as an unencrypted USB drive or external solid-state disc. This can become a huge security gap. Because working remotely is the industry norm today, it’s crucial that a hypervisor, such as Oracle VM Virtual Box 7, encrypts VMs whether they’re stored locally or shared using portable devices or cloud storage services. VirtualBox 7.0 uses AES 128/256 bit encryption for the VM data, logs and configuration files without a performance impact for all supported guest VMs. 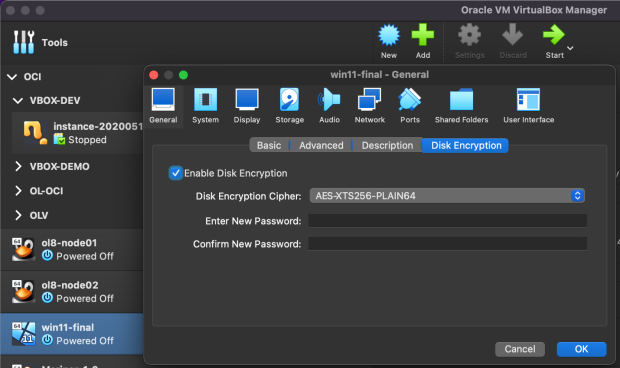 If a DevOps engineer makes a VM available on Dropbox or Google Drive, the VM may be downloaded but remains encrypted and useful only to those who have the password.

Modern application development demands easy, rapid access to cloud capacity from the desktop for app testing. For example, testing an app using a multiterabyte-sized database with millions of records is frankly impossible to do on a laptop alone. Remember, this app might only be one of the projects the DevOps team is working on this month.

A hypervisor can save long nights and weekends of testing with inadequate resources while also saving on testing infrastructure costs. VirtualBox 7.0, for example, offers built-in integration with Oracle Cloud Infrastructure, making it easy for DevOps engineers to test an application against a database stored in the cloud. By creating a private network tunnel between the local VM and the dataset running in the cloud, VirtualBox gives engineers a secure way to share that exact same test database with colleagues around the world.

Many applications are deployed in hybrid environments, on premises and in the cloud. DevOps engineers need to test and support their apps for these environments. VirtualBox cloud integration also means that engineers can import production Oracle Cloud Infrastructure instances to VirtualBox; those instances are then run on the desktop locally as a VM. Teams can export virtual machines to OCI as emulated or paravirtualized instances and later create multiple virtual machine clones without having to re-upload the same virtual machine. Such tasks are nearly instantaneous, saving DevOps teams valuable time and greatly improving efficiency. 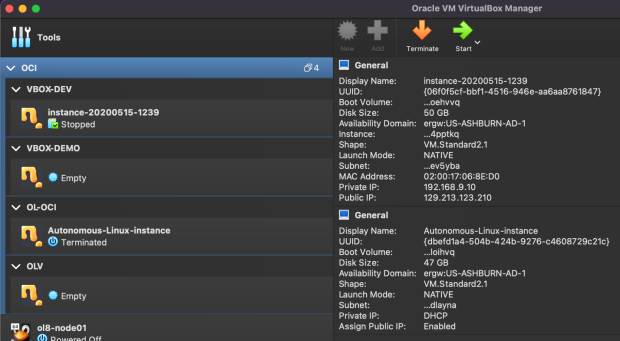 VirtualBox 7.0 integrates with Oracle Cloud to help test against a large-scale cloud database.

Modern hypervisors are being designed and built with DevOps engineers and cloud application development in mind. Like past versions, VirtualBox 7.0 is lightweight, easy to use on everything from notebooks to massive technical workstations ― and now comes with new levels of cloud integration and security across dev, test and deployment environments. It’s proof that for distributed, cloud native DevOps teams, hypervisors continue to be an important tool in the toolbox. 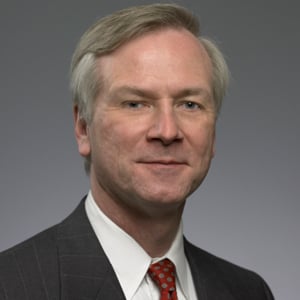 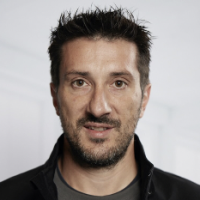