4 Ways to Optimize Your Workflows with Docker Extensions 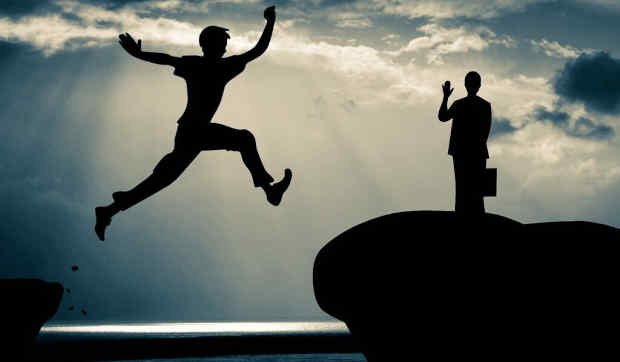 Feature image via Pixabay.
Docker sponsored this post. Docker is under common control with TNS.

As a developer, you use a wide variety of tools to help you code, debug and deploy quicker — with more introduced every day. But when those tools are decentralized, it becomes complicated and time-consuming to install, manage and use them. 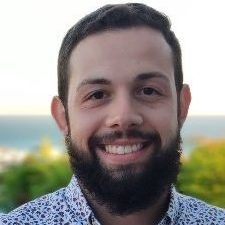 Felipe Cruz
Felipe is a software engineer at Docker, where he works on the extensions team. Before that, he developed software in Go and .NET, packaging apps as containers and deploying them to the cloud with CI/CD pipelines. He's also an enthusiast of Kubernetes and enjoys providing training on Kubernetes to companies and speaking at tech events.

This year at its annual DockerCon conference, Docker introduced Docker Extensions to help developers optimize their workflows and simplify how they use their tools.

In the three months since the beta version of the feature was released, partners, Docker and developers in the community have found new ways to consolidate tools and create a smoother, more streamlined developer experience.

Let’s take a closer look at some of the most popular extensions installed by the community and how they can make your workflow more efficient.

After using Docker Desktop for some time, you’ve probably built a few images, run some containers and created volumes to persist the data of your apps. Over time, all these resources created by Docker occupy disk space on your machine that could eventually cause your machine to run out.

In the past, Docker provided commands to help you inspect how much disk space those resources are using and delete them to reclaim that space.

Millions of developers use Docker to build, share, and run applications with an integrated, reliable, and secure workflow that accelerates app delivery from code to the cloud. See how at docker.com. Docker and TNS are under common control.
Learn More
The latest from Docker

Now, with the Disk Usage extension, you don’t need to run terminal commands anymore to do so.

From the latest version of Docker Desktop, you can go to the Extensions Marketplace and install the Disk Usage extension. You’ll immediately gain visibility into how much disk space Docker resources are using on your machine and reclaim space by deleting specific types of resources, such as stopped containers, dangling images and unused volumes. All right from Docker Desktop — no terminal needed! 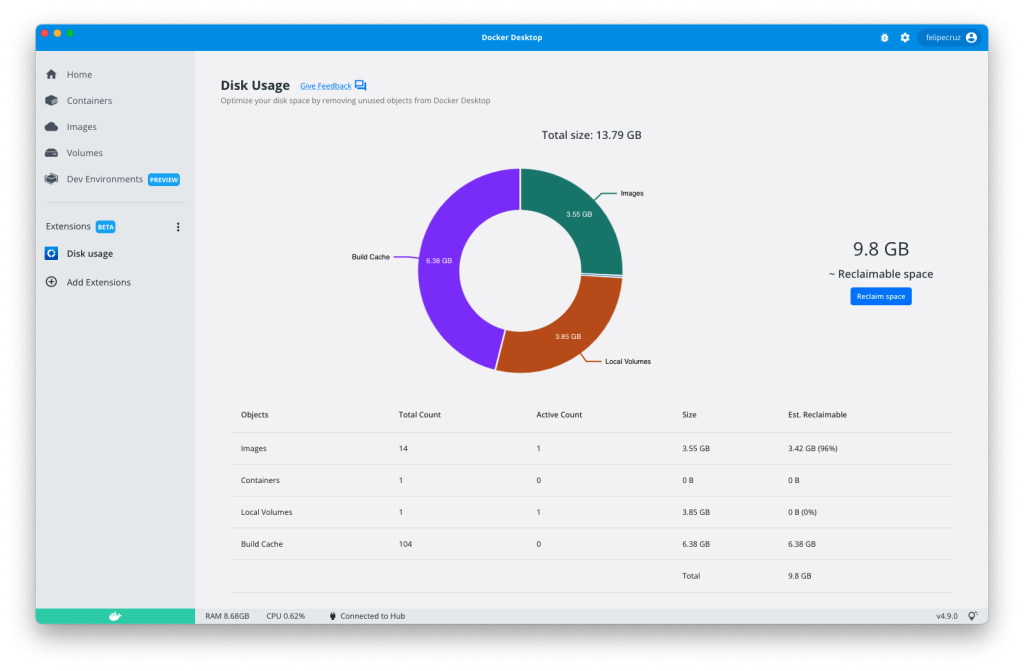 As developers building and containerizing apps, we find ourselves deploying our changes to a server via CI/CD every time we intend to share a new feature or bug fix with a teammate.

This makes collaboration much easier and secure for things like sharing a staged copy of your work with a colleague as part of a code review, sharing in-progress feedback with teammates for a web application or having your teammates connect to microservices running on your local machine. Check out this blog to see how easy it is. 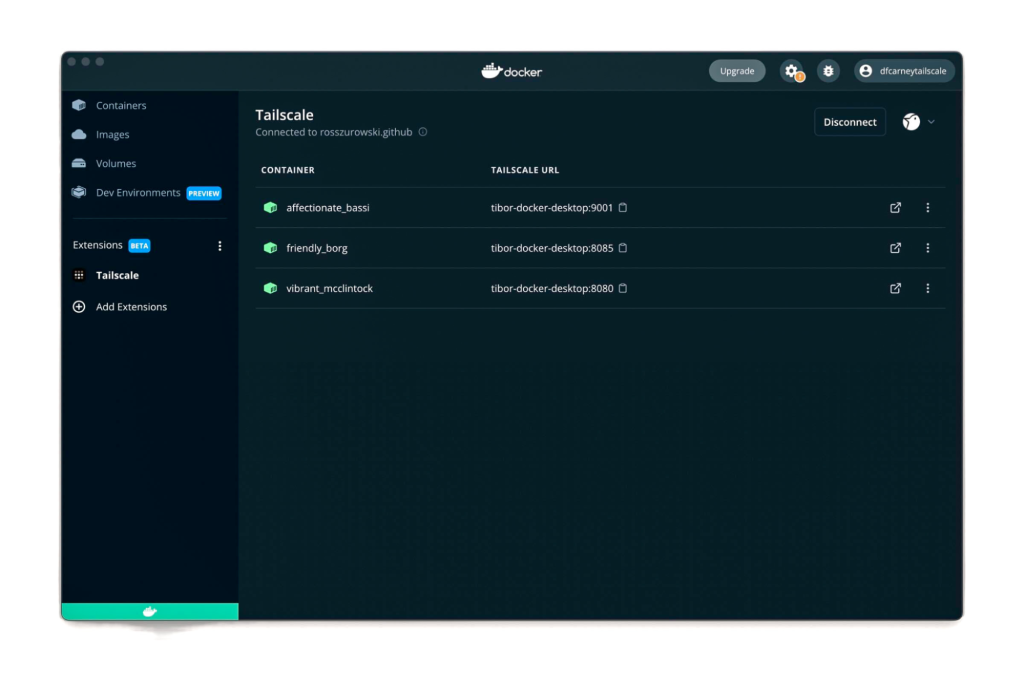 Browse and Filter Logs from Multiple Containers with Logs Explorer

When troubleshooting apps composed of multiple containers, you might find it difficult to keep track of all the logs every container outputs. For instance, if you spin up an ELK (ElasticSearch, Logstash, and Kibana) app with Docker Compose, how can you group those logs by container to view them in an organized manner?

The Logs Explorer extension gives you a place where you can browse logs from running and stopped containers at the same time, filter them by using regular expressions and have sticky search filters.

This centralized place to view your logs removes the need for clumsy text editors and streamlines the way you gather data.

See Inside Your Containers with Slim.Ai

When working with a new image to build your service, you may want to know things like what ports are exposed on the image, who the root user is or what files have special permissions. Or you may want to compare the details of two images to see which one better suits your needs. However, this data and the means to compare them aren’t always readily available.

That changes with the Slim.AI extension, which gives you the insight to peer into the composition of your local images for things like the file system, metadata, layer info and more. This helps you to identify utilities (curl, for example) in the container and to explore any text-based files (like configs, shell scripts, READMEs) it contains.

Slim.AI also provides analysis tools for image data, like optimization opportunities with counts of deleted and duplicate files and side-by-side comparison of any two local images and image tags.

This insight is often key to evaluating base images to build your services on, debugging containers locally when unexpected behavior occurs and minimizing your exposure to software supply chain attacks. Learn more about how it works in this blog. 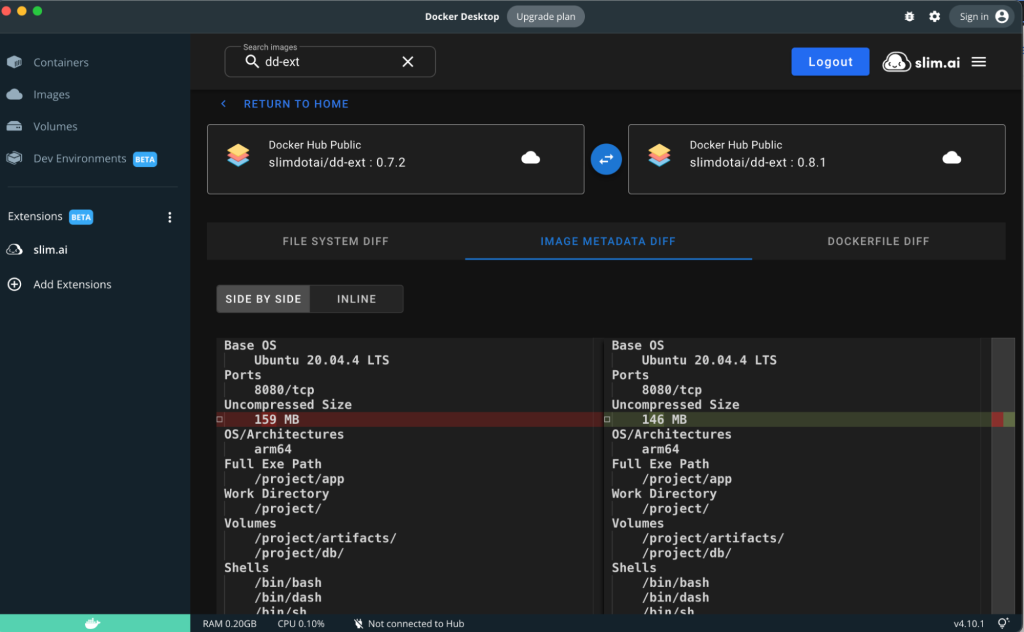 Get started today by downloading the latest version of Docker Desktop — or learn how to build your own with our SDK.

Felipe is a software engineer at Docker, where he works on the extensions team. Before that, he developed software in Go and .NET, packaging apps as containers and deploying them to the cloud with CI/CD pipelines. He's also an enthusiast...
Read more from Felipe Cruz
Docker sponsored this post. Docker is under common control with TNS.
SHARE THIS STORY
RELATED STORIES
.NET 7 Simplifies Route from Code to Cloud for Developers Kubernetes Needs to Take a Lesson from Portainer on Ease-of-Use Case Study: How SeatGeek Adopted HashiCorp’s Nomad Tutorial: Deploy Acorn Apps on an Amazon EKS Cluster 3 Container Practices to Boost Your Security Posture
TNS owner Insight Partners is an investor in: Tailscale, Pragma, Docker.
SHARE THIS STORY
RELATED STORIES
Case Study: How SeatGeek Adopted HashiCorp’s Nomad Docker versus Kubernetes: Start Here Container Security: A Troubling Tale, but Hope on the Horizon 3 Container Practices to Boost Your Security Posture How to Deploy Containers with nerdctl
THE NEW STACK UPDATE A newsletter digest of the week’s most important stories & analyses.
The New stack does not sell your information or share it with unaffiliated third parties. By continuing, you agree to our Terms of Use and Privacy Policy.