How to tune Kubernetes to get the most out of your production workloads.
Jan 10th, 2020 9:59am by Janakiram MSV 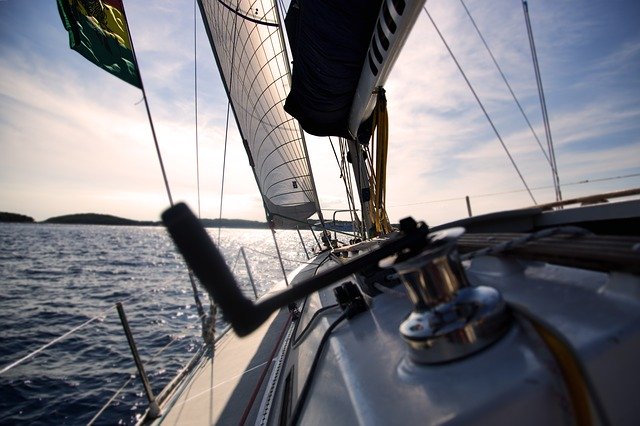 Here are five best practices to follow before deploying pods in Kubernetes. Even though there are other configurations that may be applied, these are the most essential practices that bring basic hygiene to cloud native applications.

1) Choose the Most Appropriate Kubernetes Controller

While it may be tempting to deploy and run a container image as a generic pod, you should select the right controller type based on the workload characteristics. Kubernetes has a primitive called the controller which aligns with the key characteristic of the workload. Deployment, StatefulSet, and DaemonSet are the most often used controllers in Kubernetes.

When deploying stateless pods, always use the deployment controller. This brings PaaS-like capabilities to pods through scaling, deployment history, and rollback features. When a deployment is configured with a minimum replica count of two, Kubernetes ensures that at least two pods are always running which brings fault tolerance. Even when deploying the pod with just one replica, it is highly recommended that you use a deployment controller instead of a plain vanilla pod specification.

When you need to run a pod on every node of the cluster, you should use the DaemonSet controller. Since Kubernetes automatically schedules a DaemonSet in newly provisioned worker nodes, it becomes an ideal candidate to configure and prepare the node for the workload. For example, if you want to mount an existing NFS or Gluster file share on the node before deploying the workload, package and deploy the pod as a DaemonSet.

Make sure you are choosing the most appropriate controller type before deploying pods.

By default, all the running pods have the restart policy set to always which means the kubelet running within a node will automatically restart a pod when the container encounters an error.

Health checks extend this capability of kubelet through the concept of container probes. There are three probes that can be configured for each pod — Readiness, liveness, and startup.

You would have encountered a situation where the pod is in running state but the ready column shows 0/1. This indicates that the pod is not ready to accept requests. A readiness probe ensures that the prerequisites are met before starting the pod. For example, a pod serving a machine learning model needs to download the latest version of the model before serving the inference. The readiness probe will constantly check for the presence of the file before moving the pod to the ready state. Similarly, the readiness probe in a CMS pod will ensure that the datastore is mounted and accessible.

The liveness probe will periodically check the health of the container and report to the kubelet. When this health check fails, the pod will not receive the traffic. The service will ignore the pod until the liveness probe reports a positive state. For example, a MySQL pod may include a liveness probe that continuously checks the state of the database engine.

The startup probe which is still in alpha as of version 1.16, allows containers to wait for longer periods before handing over the health check to the liveness probe. This is helpful when porting legacy applications to Kubernetes that take unusual startup times.

All the above health checks can be configured with commands, HTTP probes, and TCP probes.

Refer to the Kubernetes documentation on the steps to configure health checks.

3) Make use of an Init Container to Prepare the Pod

There are scenarios where the container needs initialization before becoming ready. The initialization can be moved to another container to does the groundwork before the pod moves to a ready state. An init container can be used to download files, create directories, change file permissions, and more.

An init container can even be used to ensure that the pods are started in a specific sequence. For example, an Init Container will wait till the MySQL pod becomes available before starting the WordPress pod.

A pod may contain multiple init containers with each container performing a specific initializing task.

Kubernetes scheduler does a good job of placing the pods on associated nodes based on the resource requirements of the pod and resource consumption within the cluster. However, there may be a need to control the way pods are scheduled on nodes. Kubernetes provides two mechanisms — Node Affinity/anti-affinity and pod affinity/anti-affinity.

Node affinity extends the already powerful nodeSelector rule to cover additional scenarios. Like the way Kubernetes annotations make labels/selectors more expressive and extensible, node affinity makes nodeSelector more expressive through additional rules. Node affinity will ensure that pods are scheduled on nodes that meet specific criteria. For example, a stateful database pod can be forced to be scheduled on a node that has an SSD attached. Similarly, node anti-affinity will help in avoiding scheduling the pods on the nodes that may cause issues.

Analyze your workload to assess if you need to utilize node and pod affinity strategies for the deployments.

Hyperscale cloud platforms such as Amazon Web Services, Microsoft Azure, and Google Cloud Platform have built-in auto-scaling engines that can scale-in and scale-out a fleet of VMs based on the average resource consumption or external metrics.

Horizontal pod autoscaler automatically scales the number of pods in a replication controller, deployment, replica set or stateful set based on observed CPU utilization. HPA is represented as an object within Kubernetes which means it can be declared through a YAML file controlled via the kubectl CLI. Similar to the IaaS auto-scaling engines, HPA supports defining the CPU threshold, min and max instances of a pod, cooldown period and even custom metrics.

In the upcoming tutorials, I will cover each of the best practices in detail with use cases and scenarios. Stay tuned.

SHARE THIS STORY
RELATED STORIES
How to Adapt Data-Centric Applications to a Kubernetes Architecture How to Build a Zero Trust Culture Cloud Native Observability for DevOps Teams: an Introduction How Do Authentication and Authorization Differ? Security Teams Need a Higher Appetite for Risk
SHARE THIS STORY
RELATED STORIES
Why Access Management Is Step One for Zero Trust Security What Do Authentication and Authorization Mean in Zero Trust? The Cloud Native Landscape: Observability and Analysis How to Fight Kubernetes Complexity Fatigue The Cultural Changes Zero Trust Security Demands
THE NEW STACK UPDATE A newsletter digest of the week’s most important stories & analyses.
The New stack does not sell your information or share it with unaffiliated third parties. By continuing, you agree to our Terms of Use and Privacy Policy.