WebAssembly, GitOps, and managed Kubernetes are among the trends we expect to see in Clod Native 2022.
Jan 3rd, 2022 11:33am by Janakiram MSV 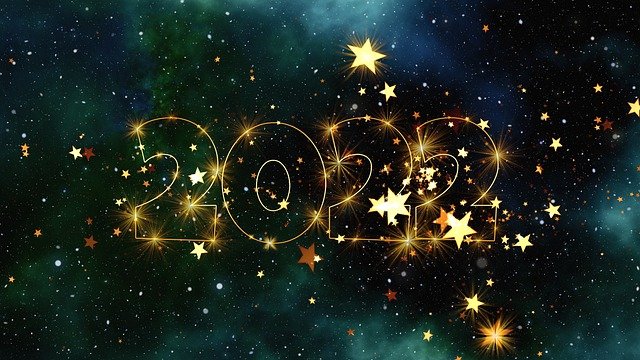 During the last couple of years, the industry has witnessed an exponential rise in the adoption of cloud native technologies. Application modernization led by containers and Kubernetes became a consistent theme for many enterprises. CI/CD based on containers is the de facto DevOps standard for startups and enterprises. Kubernetes is the preferred platform for running workloads at the edge. It has also transformed into a hybrid computing platform enabling public cloud providers to run their managed services in clusters deployed in on-prem environments.

As we transition into 2022, here are five key cloud native trends to consider:

Trend 1: Rise of WebAssembly in the Cloud Native Environment

WebAssembly has evolved into a high-performance, cross-platform, and polyglot software sandbox environment for cloud native software components. Given the uncanny resemblance between container runtimes and WebAssembly (WASM), Kubernetes can be used for orchestrating the WASM components.

The projects such as WasmCloud, WasmEdge, KubeEdge, and Krustlet made WASM a first-class citizen of the cloud native universe. It is possible to run software packaged as WebAssembly alongside containerized software. Kubernetes can seamlessly orchestrate both workloads from a single control plane.

Startups including SecondState, Cosmonic, and Suborbital are building the platform and tools that will accelerate the adoption of WASM.

Expect to see the rise of cloud native WASM in 2022.

Though the cloud native ecosystem is flooded with various Kubernetes distributions, we may see new entrants in this space.

In 2022, I expect Google and Microsoft to announce open source Kubernetes distributions based on their managed offerings — GKE and AKS. These distributions will be positioned as production-grade Kubernetes environments delivering the same capabilities as the managed services. Customers adopting these distributions will be able to switch to cloud-based or hybrid managed services easily. It helps them position their offerings as alternatives to EKS-D and EKS-A from AWS.

With the emphasis on cybersecurity, I expect to see open source projects and commercial offerings squarely focused on cloud native security.

Two areas will get the attention — software supply chain and eBPF.

The software supply chain closely mimics the supply chain of real-world commerce where resources are consumed, then transformed, through a series of steps and processes, and finally supplied to the customer. Modern software development is about assembling and integrating various components available in the public domain as open source projects. In the complex supply chain of software, a compromised piece of software can cause severe damage to multiple deployments.

In 2022, there will be new initiatives, projects, and even new startups focusing on secure software supply chain management.

The other exciting trend is eBPF that enables cloud native developers to build secure networking, service mesh, and observability components.

We have seen Isovalent bringing eBPF to container-native networking through Cilium, Pixie (acquired by New Relic) leveraging it to build an observability stack, Falco and Tracee using eBPF to monitor and raise security events and alerts, and the introduction of sidecar-less proxy for service mesh.

Expect to see eBPF becoming the foundation of cloud native security and networking.

Kubevirt is an open source project that enables Kubernetes to orchestrate virtual machines like containers. By running VMs and containers side-by-side, customers can easily integrate legacy workloads with modern microservices-based applications. They also benefit from the simplified DevOps workflows for managing both workloads.

In 2022, we will see a dramatic rise in the adoption and integration of Kubevirt with Kubernetes, where VMs are treated as first-class citizens.

GitOps brings the familiar Git-based workflow to release management of cloud native workloads. The reconciliation of state by treating Git as the single source of truth combined with the ability to rapidly roll back makes GitOps a powerful mechanism.

Weaveworks‘  Flux CD, ArgoCD, Google Anthos Config Management, and Rancher Fleet are some of the available choices for implementing GitOps.

In 2022, GitOps will evolve to support multitenancy and multicluster deployments making it easy to manage tens of thousands of Kubernetes clusters running at the edge or in hybrid environments.

GitOps will become the gold standard for continuous deployment.