As we kick-start 2021 in application and web development, two trends seem destined to continue their rapid growth: serverless and JavaScript development.
Jan 4th, 2021 7:00am by Richard MacManus 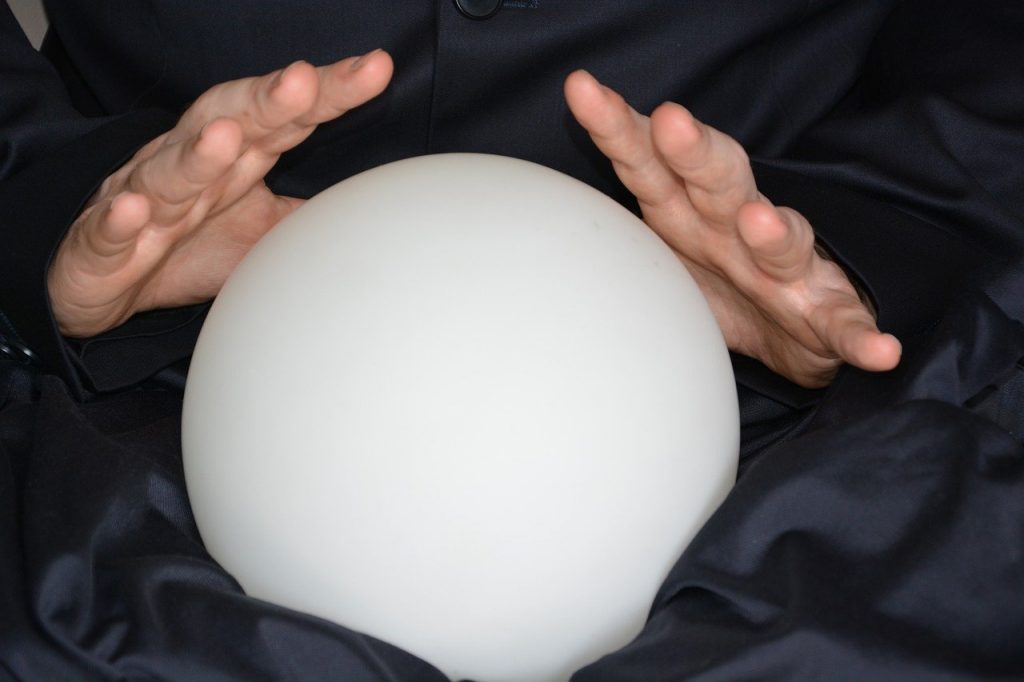 As we kick-start 2021 in application and web development, two trends seem destined to continue their rapid growth: serverless and JavaScript development. The outlook for Jamstack, the third trend I covered in last week’s year-in-review post, is less clear — but it too will likely gather momentum.

The key driver in internet development now is an ever increasing need to abstract backend complexity away from frontend work. That’s the whole premise of serverless, after all — where you don’t even need to configure the infrastructure, because it’s all managed for you. It’s also influenced how JavaScript has evolved over the past decade, with modern frameworks like Next.js and Vue packaging JavaScript code into reusable modules and providing a layer of abstraction for common tasks.

Since I’m a tech journalist rather than a developer, I’ve leaned on actual serverless, JavaScript and Jamstack practitioners to make some prognostications about 2021. But I’ve added my own comments where appropriate. So here are six things to look out for in the coming year…

1. React Will Get Even More Popular

2021 prediction: React will see even more adoption and be even more popular than it was in 2020 – driven by the rise and proliferation of meta frameworks.

Amazon Web Services senior developer advocate Nader Dabit predicts that React, the open source JavaScript library for building user interfaces, will continue its takeover of web development. Partly, he says, it will be the result of increasing popularity among “meta frameworks” like Next.js, Remix and Gatsby — all frameworks built on top of React.

As one of Dabit’s commenters noted, another reason for the growth of React will be the ever-increasing reliance on low-code solutions. “React will be the underlying engine of many low-code tools,” said software engineer Dennis Kortsch.

Guillermo Rauch, the creator of Next.js and now CEO of Vercel, has more reason than most to be bullish on React. However, he added a note of caution. He told me that “2021 is the year we leave behind the illusions of silver bullets for great frontend performance. Static-only didn’t work out, too limiting. Serverless alone doesn’t move the needle. It’s all about a comprehensive, performance oriented workflow.”

2. Web Standards Will Gain Momentum, Thanks to JavaScript and No-Code

Noël Jackson, director of development at studio.zeldman, told me that “there will be a huge acceleration in the no code space and application framework space” and that “web standards will gain momentum in these tools, but still behind where it should be.” Given that Jackson’s colleague, Jeffrey Zeldman, is one of the most influential web designers in history and wrote the bible of web standards — Designing With Web Standards — we should take heed of the following comments about where web standards are headed in 2021. Jackson said about JavaScript frameworks and no-code (it also applies to low-code):

“These tools will be a huge advantage in spreading the use of Web Standards. Design systems will become codified, and inherently allow more widespread use and iterative improvement of Web Standards over time. There will be a better understanding of JS on the server vs in the browser, which should help with Web Standards, but also will be a bumpy journey. We will stop arguing about where CSS is written and start to accept JS frameworks with static generation as acceptable and perhaps even optimal for many scenarios. JS will continue to dominate and we will have to formulate solutions to the web standards problems that are raised, rather than fight against JS. Web Components will make a much needed push, but still will remain “fringe.” The use of JS frameworks will actually help the later adoption of Web Components towards 2022. There are some significant roadblocks, but 2021 should prove to be a successful and productive year for Web Standards.”

3. Serverless Will Have a Breakout Year

According to Spencer Kimball, CEO at Cockroach Labs, serverless will build on the success that Kubernetes has had over the past several years and have its own “moment” in 2021. He told The New Stack:

“Developers will not have to think about deploying nodes or virtual machines. We will start to see everything in the database become extracted and virtualized. Serverless still has a way to go, but anyone who thinks serverless has seen its best days or is too far fetched is in for a treat. As developers take on more of the decision-maker role, we will start to see a shift in the kind of tools developers will seek and implement. Being able to scale globally is possible with Kubernetes, but is very complex. Serverless provides a nice package to achieve global scale.”

I’m particularly bullish on serverless, because it showed signs over 2020 that it’s ready to expand beyond “Functions as a Service” (FaaS). While AWS Lambda will likely continue to be the market leader for serverless — and it is resolutely a FaaS service, meaning it only caters to stateless apps — there’s a market opportunity for a more powerful serverless platform to emerge over the next several years. We probably won’t get an open source serverless platform on the scale of Kubernetes any time soon, but I’ve got my eye on ambitious cloud native companies like Lightbend to shake things up. Lightbend is behind the open source Cloudstate project and is aiming to build a foundation for “Serverless 2.0” (enabling stateful applications, among other things).

Jamstack website development was a growth industry in 2020 (although not without its critics). One person who believes this growth will multiply in the coming year is Ohad Eder-Pressman, CEO of Jamstack platform Stackbit. While acknowledging that Jamstack’s “core technology offerings” must “continue to solidify,” he thinks Jamstack will increasingly capture the attention of developers over 2021.

“We’ll see a continued reshuffling of the most popular [Jamstack] frameworks while a growing number of larger companies will introduce Jamstack-focused offerings (e.g., Digital Ocean and Cloudflare). These new developments will propel the confidence and curiosity around the space, and in turn, I expect the number of Jamstack sites created every day to grow tenfold this year.”

I agree that it’s likely Jamstack will continue to grow in popularity with developers, but personally, I’ll be looking for more improvements to Jamstack on the content creation side of the platform. Until that happens, it’s going to remain a niche trend in website management.

Progressive Web Apps (PWAs) are advanced web applications that are fast closing the gap with native applications. Google defines PWAs as “websites that took all the right vitamins” and the company is very bullish on them. At the recent Chrome Dev Summit, Google project manager PJ McLachlan said that PWAs are “on the cusp of another transformational moment,” similar to when AJAX (Asynchronous JavaScript And XML) revolutionized web email in the early 2000s with the launch of Gmail. Thomas Steiner, a web developer advocate at Google, echoed this in a tweet this week:

“On operating systems with true browser engine choice, Progressive Web Apps will integrate even closer with said OS. Electron [a PWA wrapper] will become less and less of a necessity. We’ll see some stunning Project Fugu case studies, but the market will still be hesitant because of one vendor.”

6. Back to Basics for Web Serving

Maxim Salnikov, who works for Microsoft Azure on developer engagement, thinks the web will get simpler for serving web projects, but more complex in the build.

“My take is “back to basics”: with a new generation of CI/CD tooling and increasing competition among specialized cloud offerings like @AzureStaticApps, web is returning to the “simple” for serving but complex for building static projects.”

As well as his own company’s product, Azure Static Web Apps, in a separate tweet he listed Netlify, Vercel, AWS Amplify, Firebase and Cloudflare Pages as competing products in the static hosting market. This ties into the Jamstack trend, where services like Netlify and Vercel use edge networks to deliver static web pages and applications to the end user. As Salnikov said, that’s the easy part — the hard part, and typically the one that causes technical issues, is the build. But it’s great to see so many companies, including large players like AWS and Microsoft, vying to deliver static web pages and apps as simply as possible.

Of course, I’ve just scratched the surface of what will happen in web development and at-scale app development over 2021. Now let me know your thoughts! I’m @ricmac on Twitter, or you can ping the entire team @thenewstack. Also, keep an eye on my weekly column throughout the year, as I track these and other developments.

Richard MacManus is a Senior Editor at The New Stack and writes about web and application development trends. Previously he founded ReadWriteWeb in 2003 and built it into one of the world’s most influential technology news sites. From the early...
Read more from Richard MacManus
SHARE THIS STORY
RELATED STORIES
The Challenges of Marketing Software Tools to Developers Kelsey Hightower on Software Minimalism and JS Frameworks Software Developer Tool for Quantum Computers Launching Soon 'Gatsby Killer' Next-Drupal Brings Headless to Drupal CMS How Web Tech Got This Way and How It May Evolve in the Future
SHARE THIS STORY
RELATED STORIES
The Latest Milestones on WebAssembly's Road to Maturity Design Like a Dev: What's Happened to Self-Driving Cars? Microsoft Aims to Bring DevOps Discipline to Web3 Twitter Turmoil: We Need an Open Protocol for Public Discourse Jamstack Panel: How the Edge Will Change Development
THE NEW STACK UPDATE A newsletter digest of the week’s most important stories & analyses.
The New stack does not sell your information or share it with unaffiliated third parties. By continuing, you agree to our Terms of Use and Privacy Policy.
Amazon Web Services, Cockroach Labs and Lightbend are sponsors of The New Stack.