In this tutorial, I will walk you through the steps involved in configuring and connecting Microsoft Vision AI Dev Kit.
Sep 20th, 2019 11:14am by Janakiram MSV 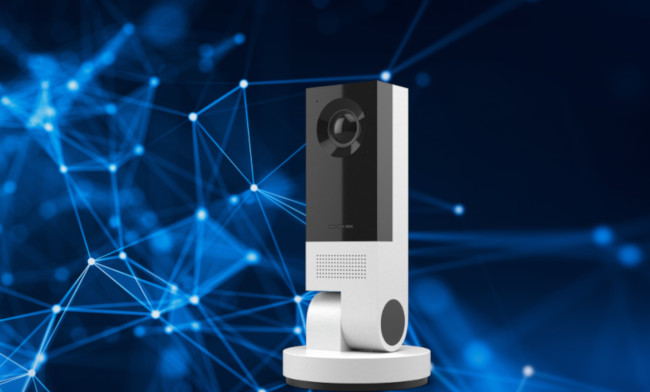 The Vision AI Dev Kit is a great device to learn how convolutional neural networks work. It is also a good starting point to explore the concepts of Azure IoT Edge. This developer kit is very similar to AWS DeepLens. Both the devices are configured as edge devices with the camera acting as an image processor. Both devices run AI models to perform inference at the edge and send the output back to the cloud.

For the hardware specification and software configuration details, refer to my Forbes article. I also covered the architecture of Azure IoT Edge in one of my previous articles at The New Stack. 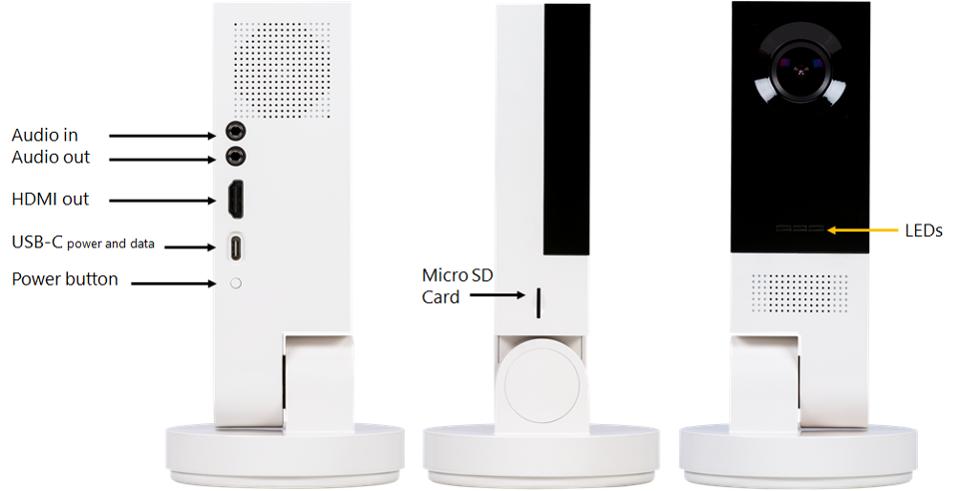 When compared to AWS DeepLens, Microsoft Vision AI Kit comes across as a sophisticated and polished device. The developer experience is much better than that of AWS DeepLens.

In this tutorial, I will walk you through the steps involved in configuring and connecting Microsoft Vision AI Dev Kit.

First Run: Connecting the Dev Kit to the Cloud

As soon as the device is unboxed and switched on, it broadcasts a Wi-Fi SSID which typically starts with MSIoT_XXXX. Connect your development machine to the SSID. Don’t get tempted to use your mobile to configure it. You need a full-blown browser to finish the setup. 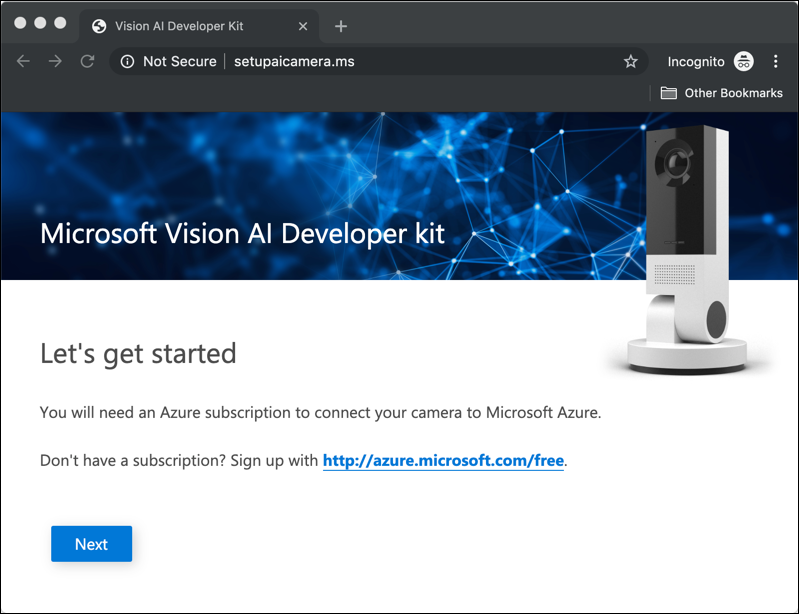 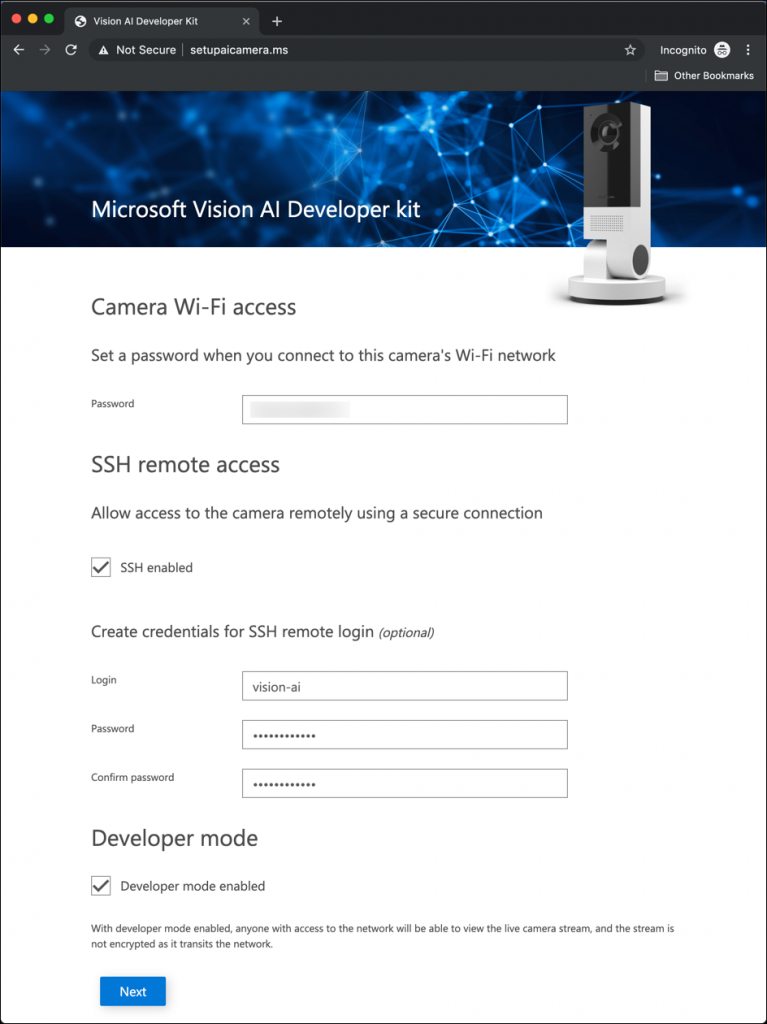 In the next step, you connect the device to the internet via your existing Wi-Fi network. 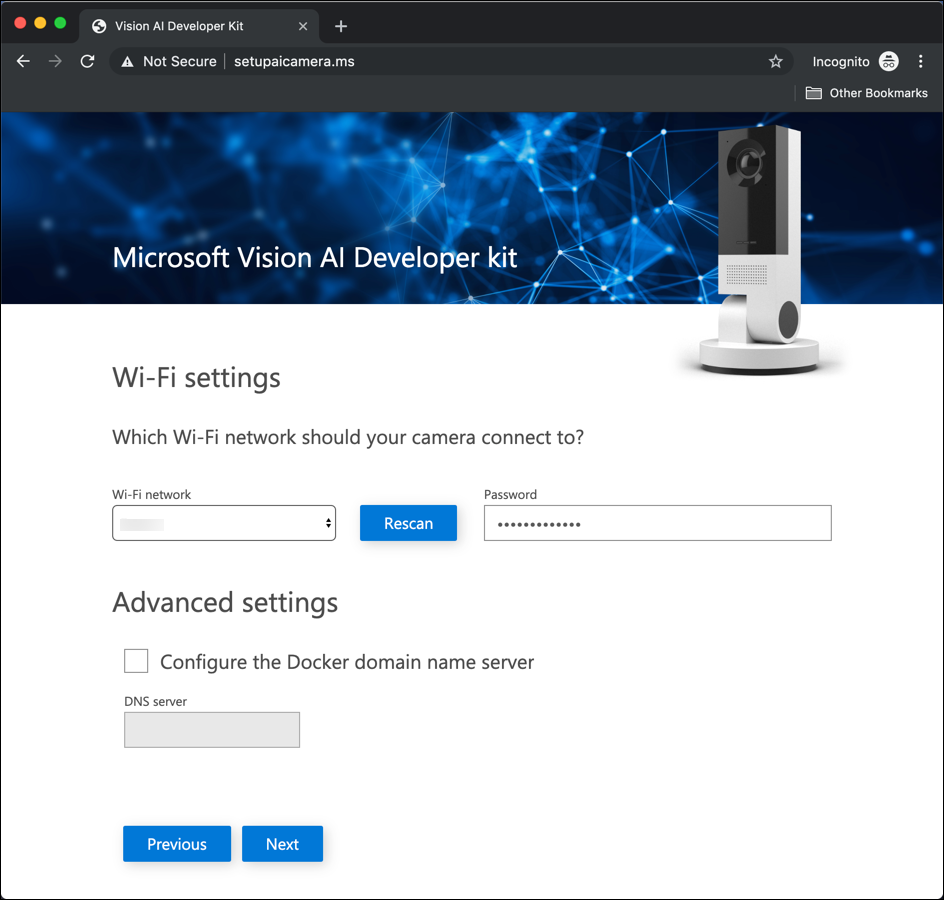 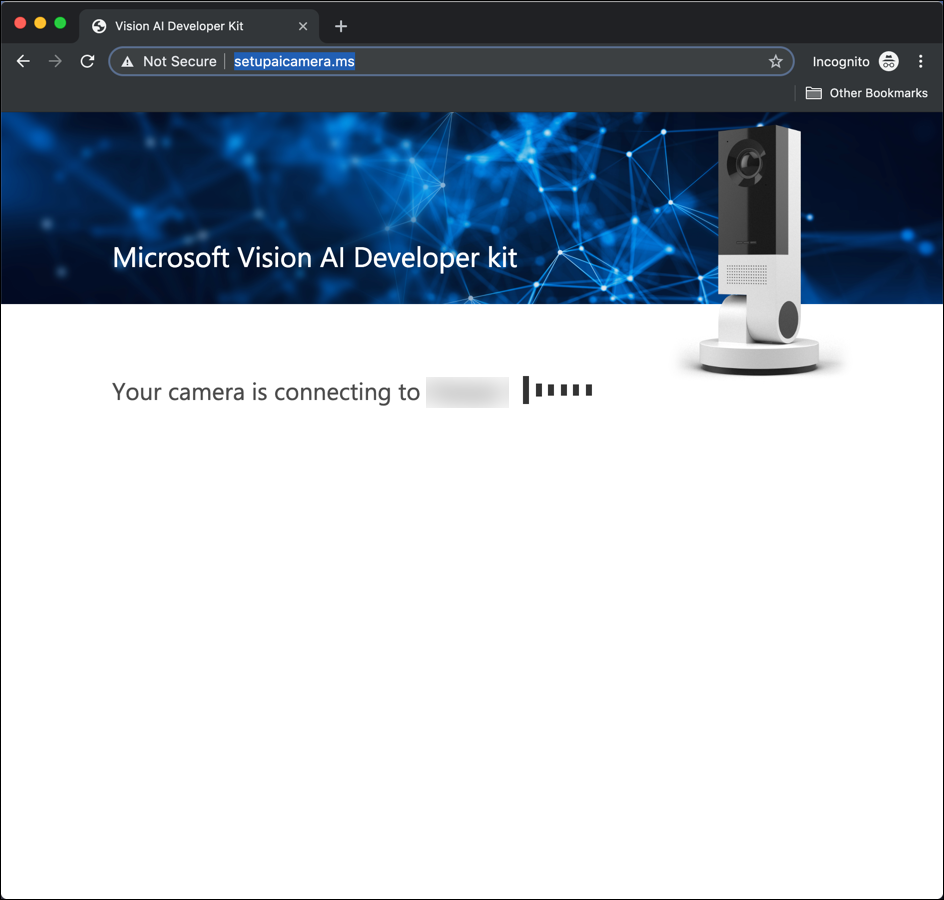 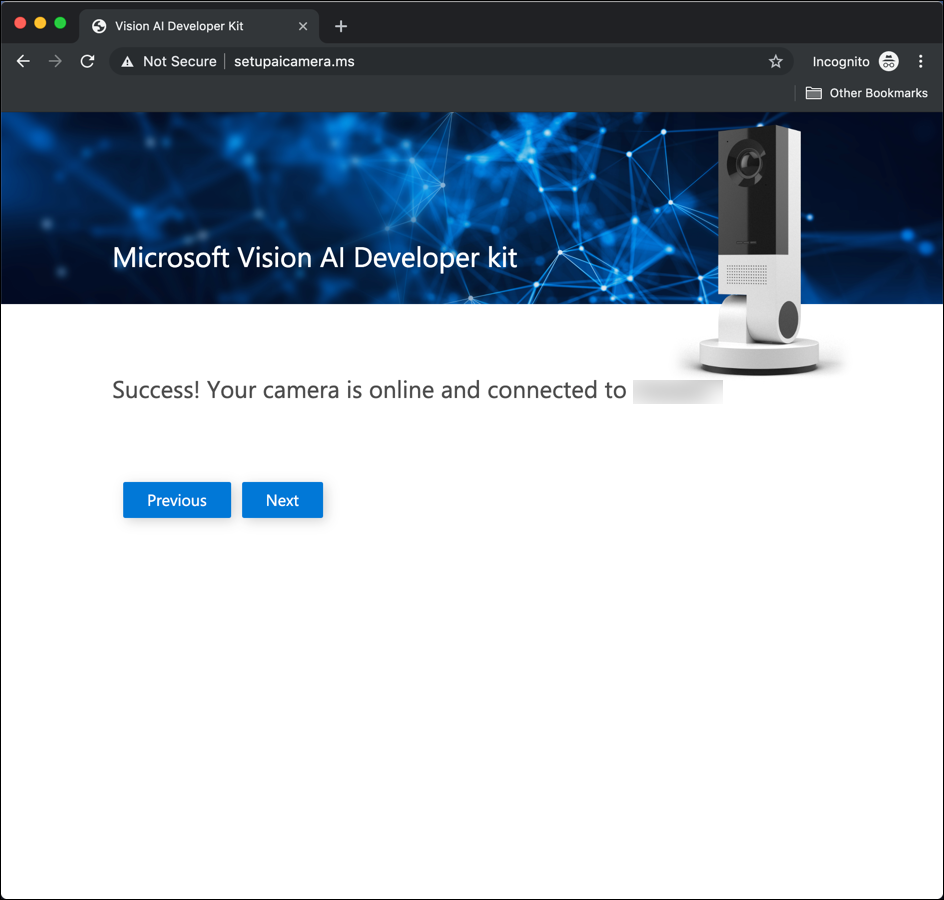 In the next step, you will be shown a token to get authenticated with Azure. Copy the token and click next. 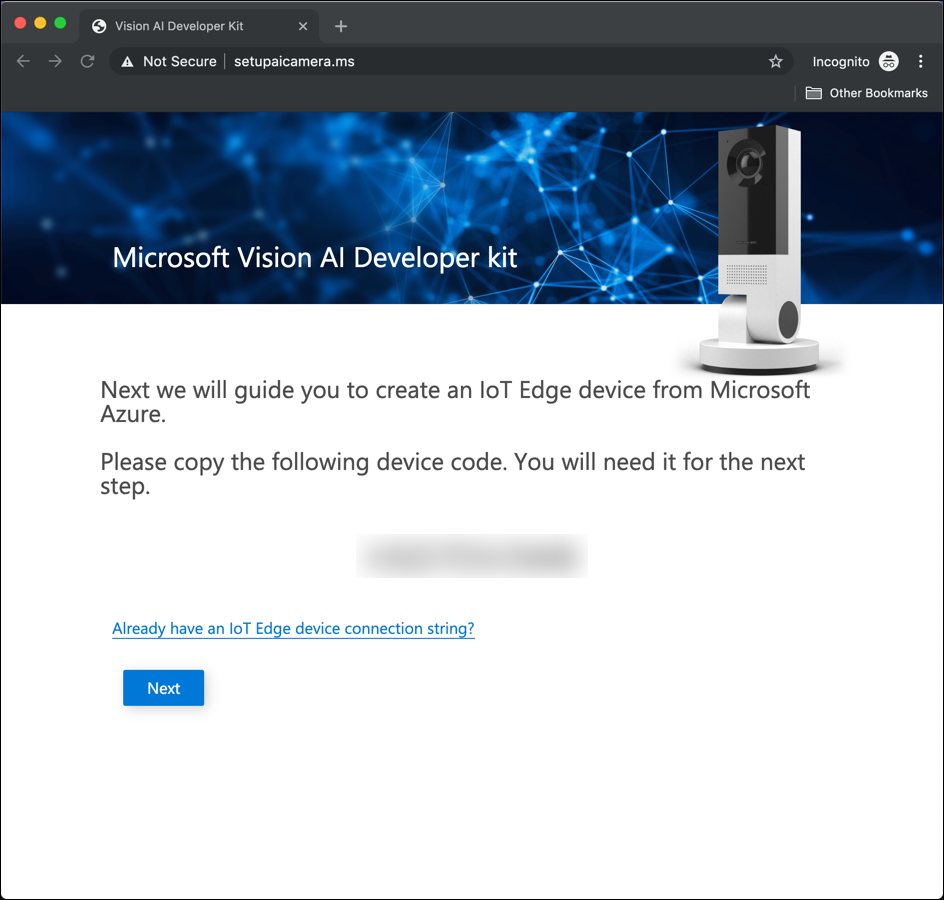 Complete the authentication process with Azure. 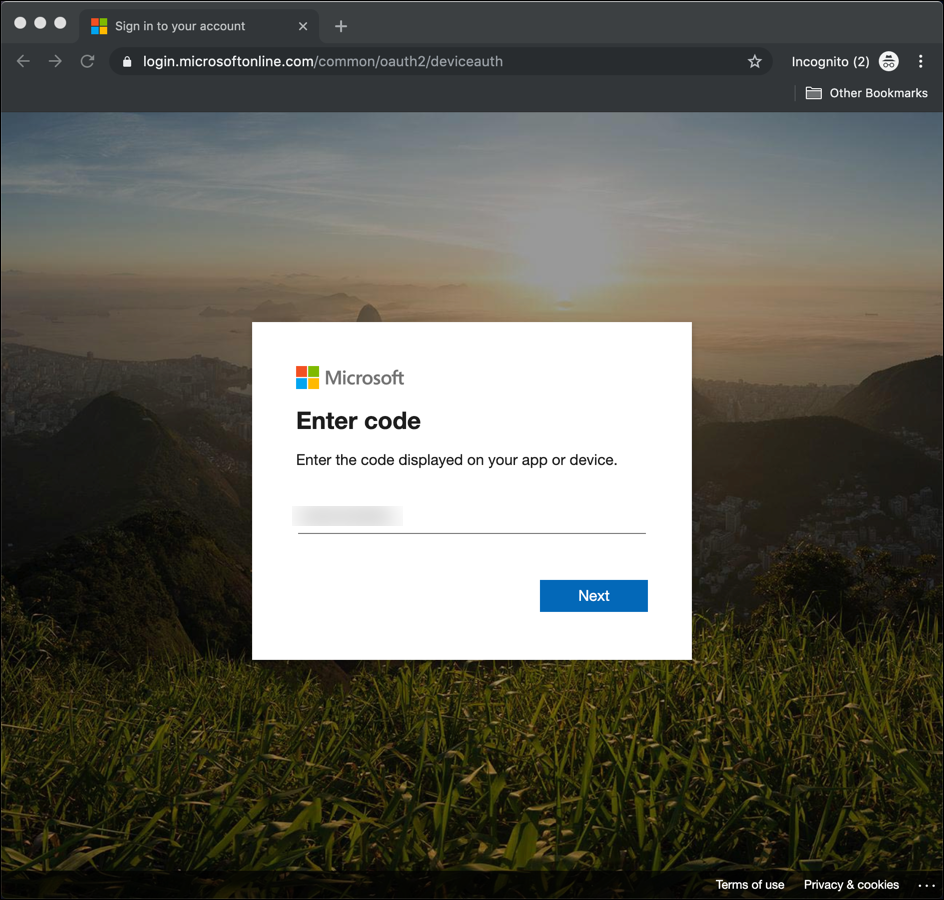 In the next two steps, we configure Azure resources associated with the camera. 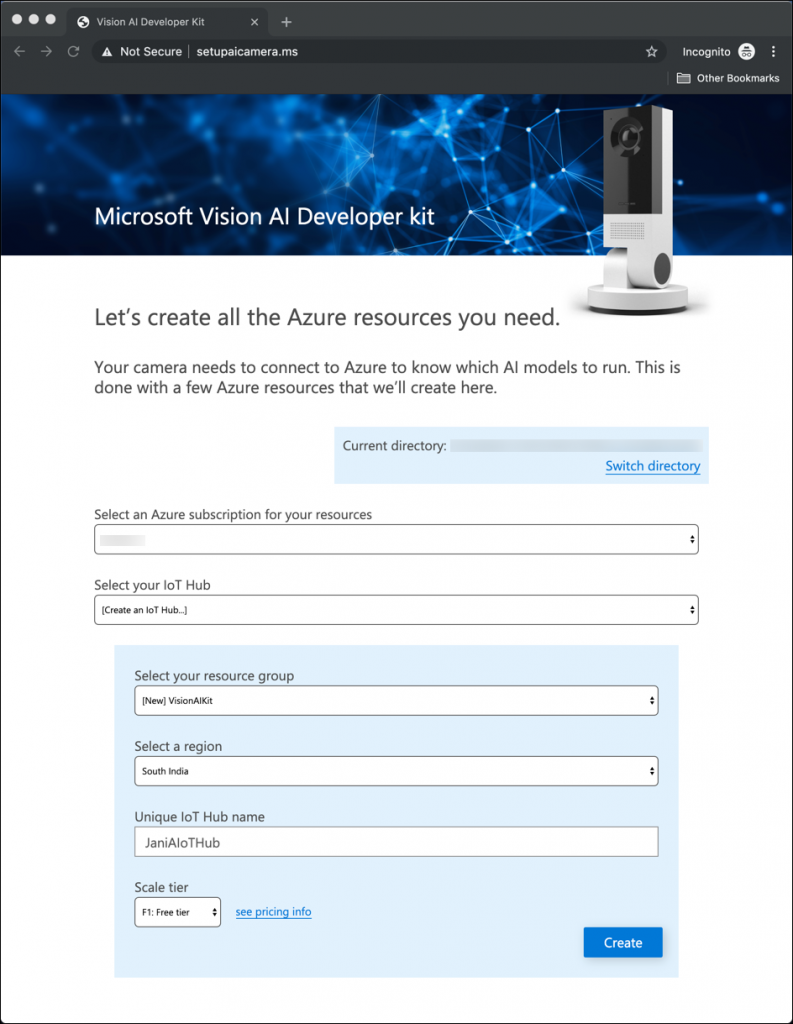 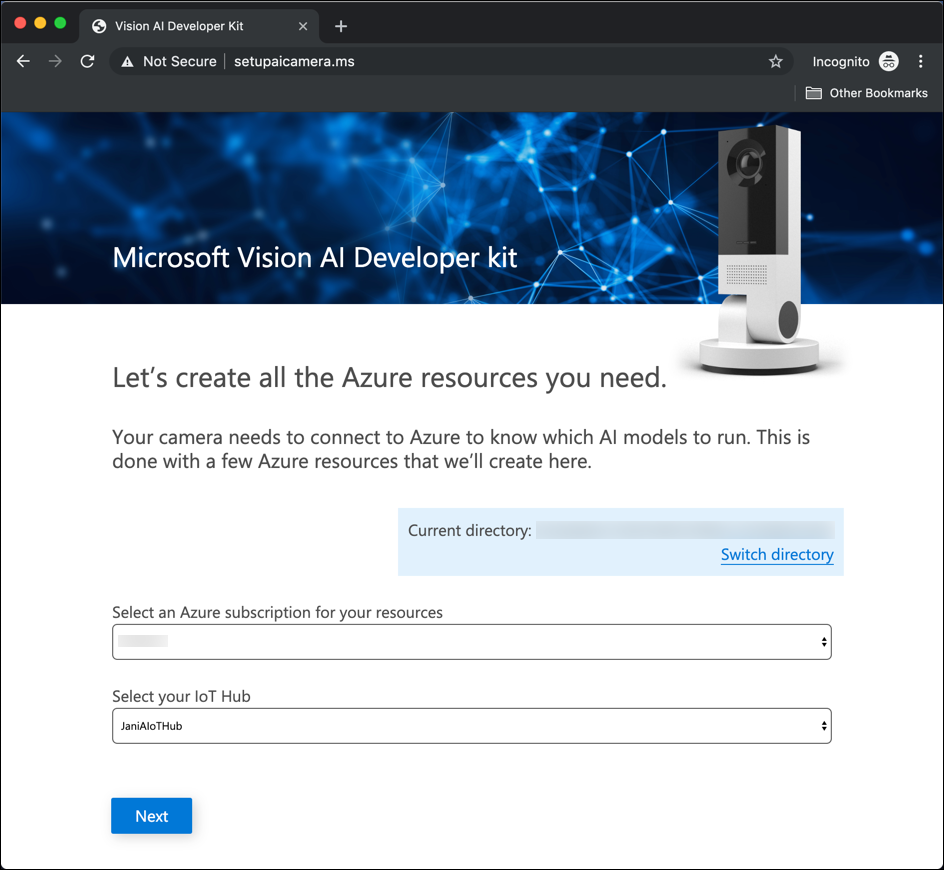 Provide a name that’s used to register the camera with Azure IoT Hub and click next. 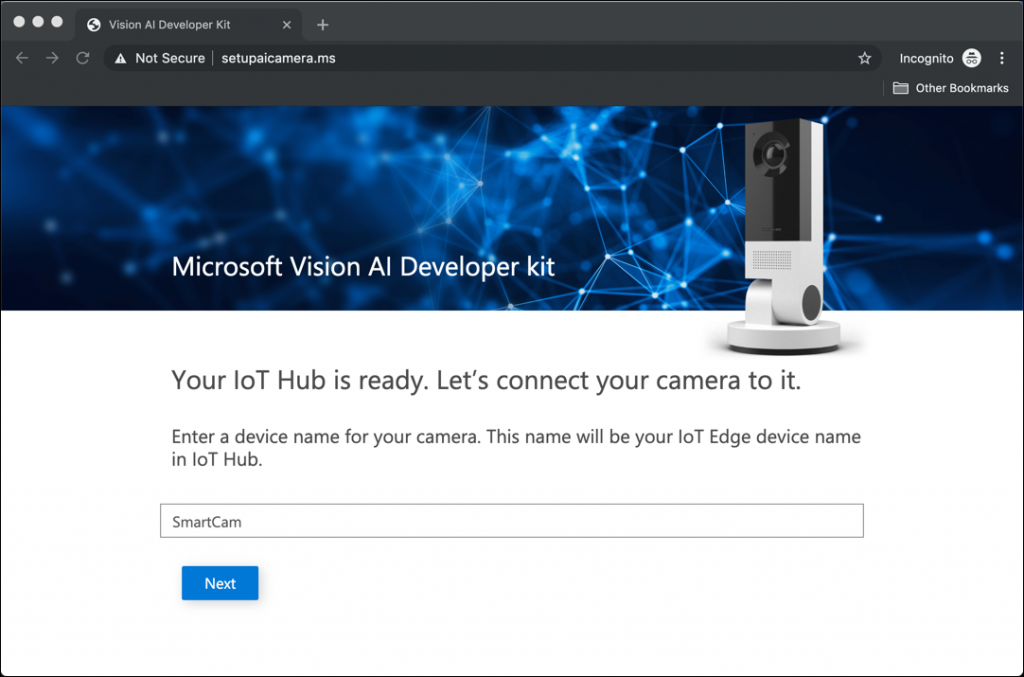 The device will start downloading the modules required by Azure IoT Edge platform. 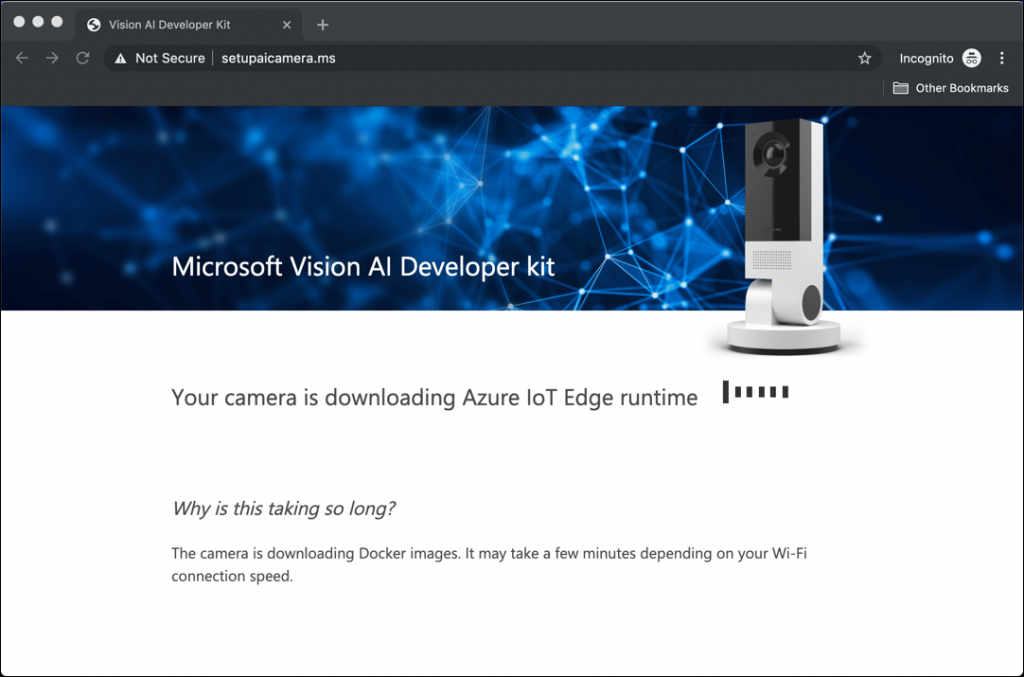 After a few minutes, we get a link to the camera through which we can access the webstream. This indicates that the setup has been successful. 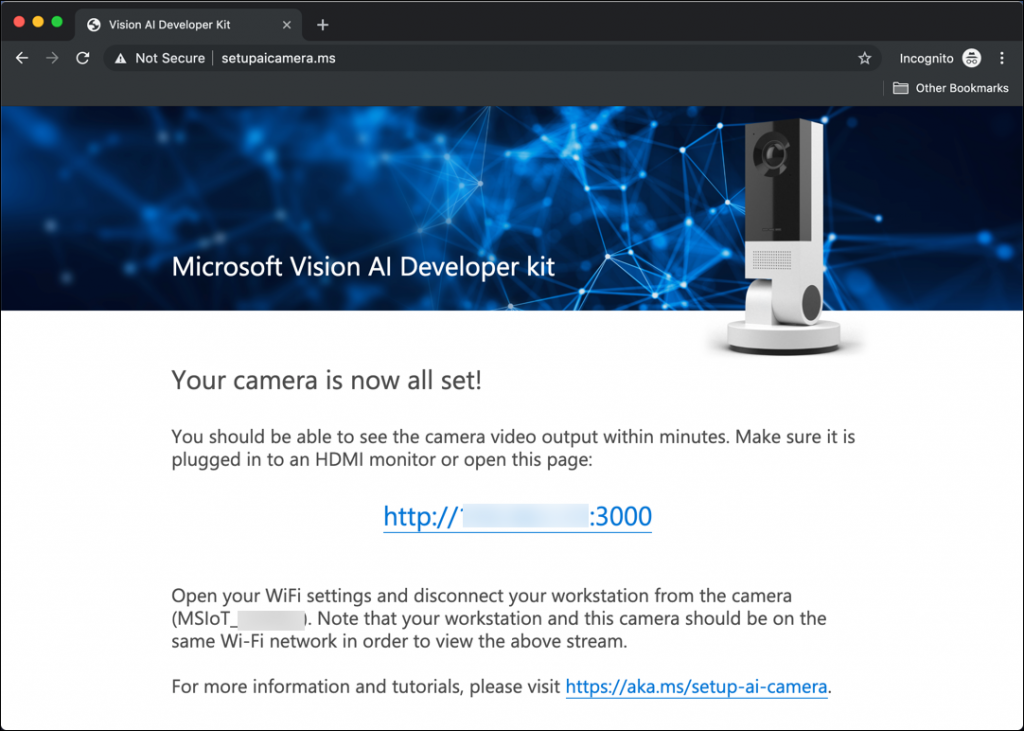 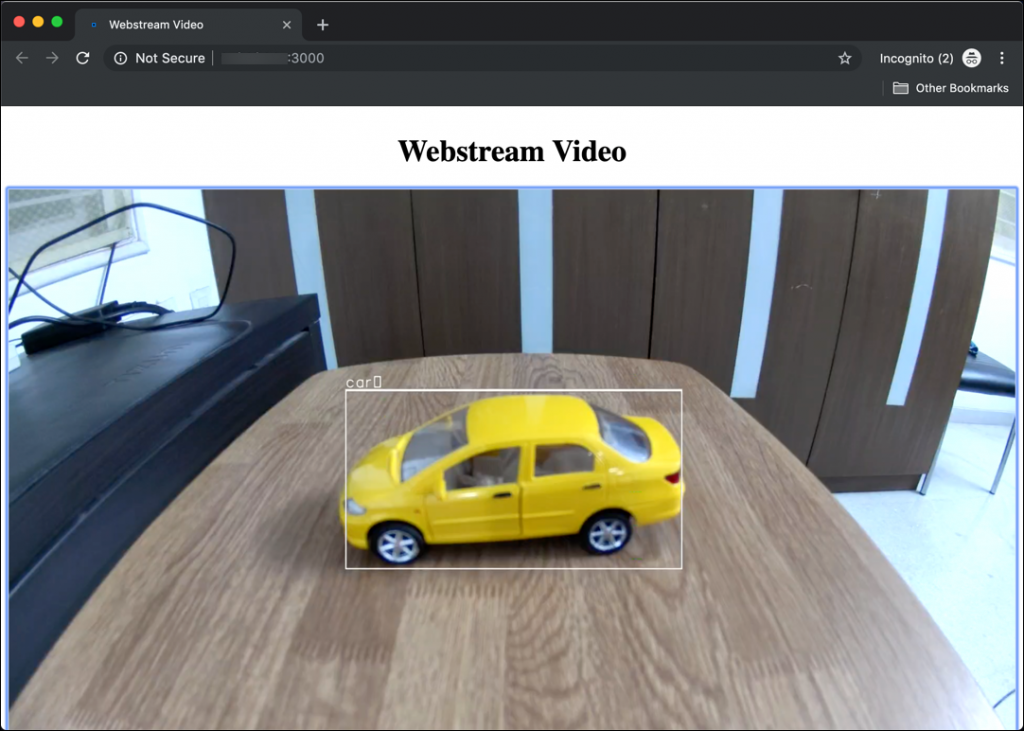 Congratulations! You are all set to deploy custom AI models to the camera.

I SSHed into the camera to explore the platform further. The device runs a custom flavor of Yocto Linux distribution. 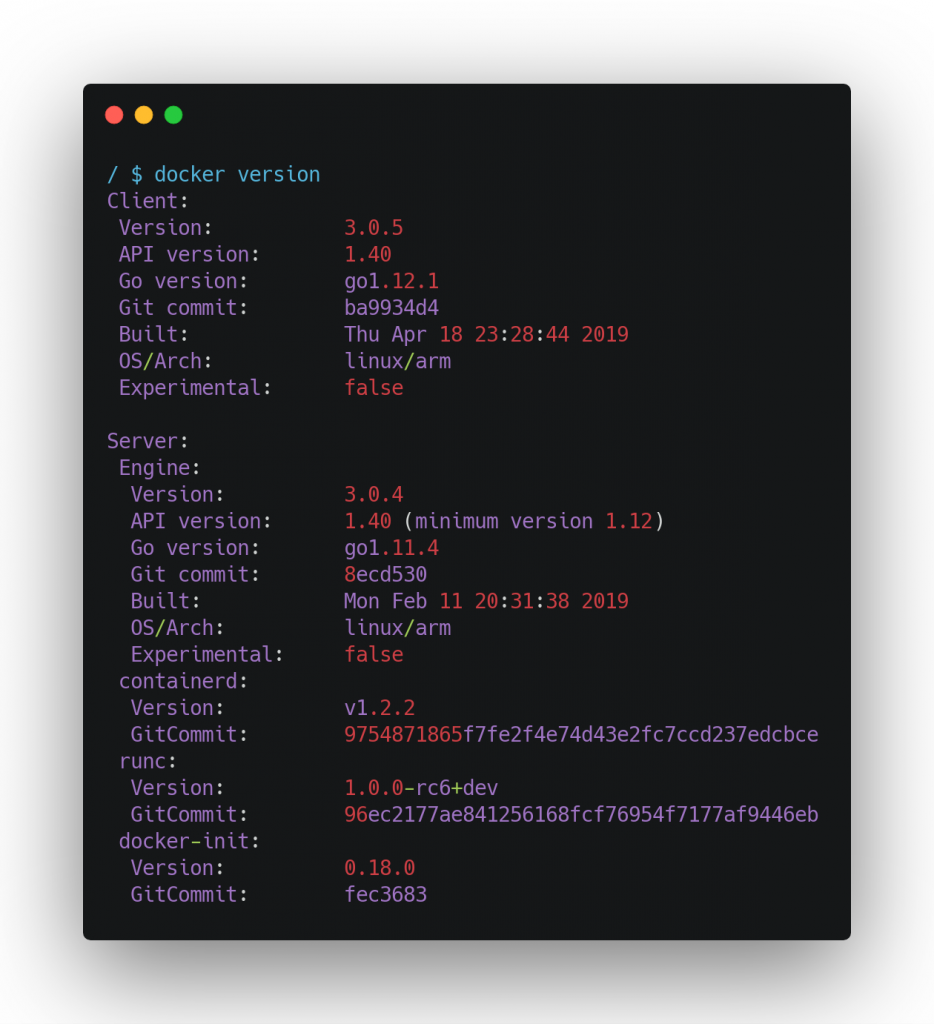 The device runs 4 containers to deliver out of the box experience. The container, visionsamplemodule:1.1.3-arm32v7, runs MobileNet SSD V1 while visionsamplemodule:webstream_0.0.13-arm32v7 runs a Node.js based WebSocket application to stream the camera feed.

The remaining two containers are a part of the core Azure IoT Edge runtime.

If you exec into the AIVisionDevKitGetStartedModule, you can see the optimized version of MobileNet SSD file in the models directory. This file is responsible for performing the inference on the inbound camera feed.

Azure Portal also shows the same set of modules running in the device. 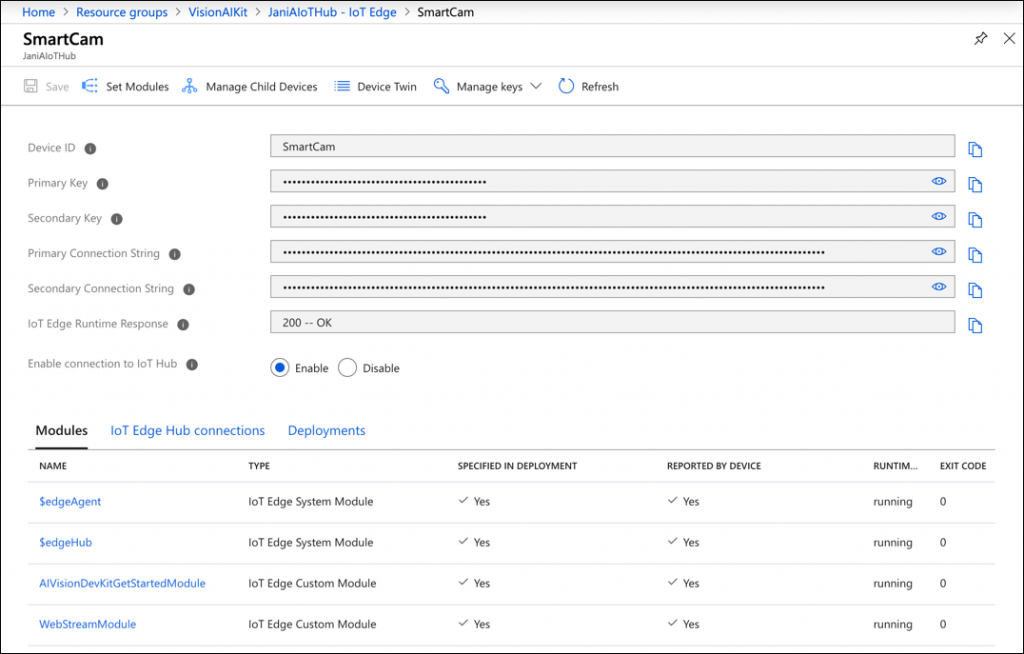 In an upcoming article, I will demonstrate how to deploy models trained using CustomVision.AI AutoML service. Stay tuned!

SHARE THIS STORY
RELATED STORIES
Explore or Exploit? Trivago's ML for New Recommendations How COBOL Code Can Benefit from Machine Learning Insight Physics-Based Simulation and the Future of the Metaverse This Tool Defends AI Models Against Adversarial Attacks Seeing the Big Picture with AIOps
TNS owner Insight Partners is an investor in: Docker.
SHARE THIS STORY
RELATED STORIES
MC2: Secure Collaborative Analytics for Machine Learning Nvidia Intros Large Language Model Customization, Services Meta's MultiRay, a ML Platform for Running Large Foundational Models This Tool Defends AI Models Against Adversarial Attacks Why Cloud IDEs Are Shifting to a Platform-as-a-Service Model
THE NEW STACK UPDATE A newsletter digest of the week’s most important stories & analyses.
The New stack does not sell your information or share it with unaffiliated third parties. By continuing, you agree to our Terms of Use and Privacy Policy.