A Different VMware: An API-Driven Hypervisor and a Docker Oriented vSphere 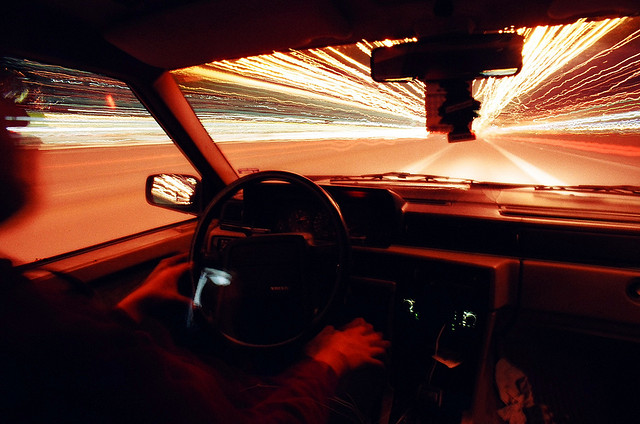 “We’ve been spending a lot of time looking at how developers actually build these cloud-native applications and looking for ways we can reduce the friction between developer workflows and IT data center workflows,” said Jared Rosoff, VMware’s senior director of product management and architecture.

Though developers use its Fusion and Workstation product, the company saw an opportunity to create a better experience for them with AppCatalyst, Rosoff said.

“We want to bring to bear all the APIs and storage and network abstraction and other types of services in your data center and emulate these on your desktop,” he said. While it plans to eventually add network and storage abstractions, they’re not available at this point.

Most software developers are working on distributed systems, but it’s hard to run those distributed systems on the desktop, he said. Part of that is the hypervisor is designed to run a graphical user interface-based workflow creating VMs, rather than an API-driven workflow. Instead of being based on the same hypervisor as ESX, Fusion doesn’t have virtual storage and virtual networking—things you might be using inside your application.

AppCatalyst leverages the same hypervisor as Fusion or Workstation or ESX, “but we’ve removed the GUI from it because that got in the way,” he said. It’s the first hypervisor that’s bundling the Photon container host runtime that VMware introduced in April.

“The thing about AppCatalyst is that if you’re running container workloads, you don’t need to worry about VMs or Linux instances at all, you can just start up AppCatalyst, you can point Docker at it as if your Mac had native container support,” he said.

Project Bonneville, meanwhile, is basically a merging of Docker Container Engine and the ESX hypervisor.

For the developer, it allows the vSphere infrastructure to look like a Docker host. They can create containers, use any image from Docker Hub or any repository yet every container is actually encapsulated in a virtual machine via vSphere.

“It merges the best of both worlds – developers can use the really simple Docker workflows on their desktop, but to the data center administrator and IT operations, containers appear as VMs inside all of the management systems. You can use your whole ecosystem of data center management tools,” he said.

While developers love Docker, operations folks have had management and security concerns. Applications inside containers were invisible to them and operating outside their log-aggregation platforms, Rosoff said.

So while VMware wanted to preserve the user experience of Docker for developers, it wanted to improve the management capabilities on the operations side.

To the developer, the data center looks just like a Docker host would look like on the laptop.

“On the back end, Bonneville integrates the Docker API with a technology called VAS VM clone, which we introduced with vSphere 6,” he explained. This is where the company has integrated forking technology previously known as Project Fargo, a lightweight virtual machine that boots faster and that looks and feels like a container.

“So when you start a container, what Bonneville does, it forks the VM and runs your container inside of a virtual machine. To the developer, you get this seamless experience. It looks just like a Docker runtime anywhere else. With the operations team, what you get is very strong security isolation from virtual machines wrapping those containers. They appear as VMs in your management tools and you can apply the same security models and governance models you’ve been using in the existing data center,” Rosoff said.

Ten months ago, VMware announced plans to embrace container technology through partnerships with Docker and Google Kubernetes. Kit Colbert, VMware’s vice president and CTO of Cloud-Native Apps has said the company would be making a series of announcements in the coming months.

IDC analyst Gary Chin, research manager for cloud and virtualization system software, sees AppCatalyst as a move to woo developers, a new audience for the company. Its traditional customer base has been on the ops side. He sees AppCatalyst as more about gaining adoption for VMware’s larger platform.

With Project Bonneville, VMware is optimizing the hypervisor for containers, it’s not just sticking a container host into a VM, he points out.

“VMware obviously has a long heritage and investment into hypervisors and you can see why they prefer this model,” he says.

In the discussion within the industry about bare-metal vs. virtualized containers, virtualization offers additional security and features to containers. Most customers already have virtualization and the technology is very mature, so it’s a logical place to start deploying containers, he says.

“However, virtualization brings some overhead and inefficiencies for containers and this objection is what VMware is trying to remove. We’ve also seen Intel demonstrate something similar with Clear Containers and Microsoft has hinted at a similar model with Windows containers and Hyper-V in the next Windows Server.

“Everyone is trying to reduce the start-up time and memory usage with virtualized containers, trying to achieve the best of both worlds,” he says. “In the commercial enterprise market, we have seen that most containers are deployed virtualized and it’s very likely that this is going to be the predominate model going forward, with bare-metal containers reserved for more niche scenarios.”

“If this hybrid hypervisor/containers technology really works out and can offer the best of both, that may eliminate customers having to choose one or the other.”

VMware, Pivotal and Docker are sponsors of The New Stack.

Feature image:”Driving The Volvo,” by Thomas Anderson, is licensed under CC by 2.0.

Susan Hall is the Sponsor Editor for The New Stack. Her job is to help sponsors attain the widest readership possible for their contributed content. She has written for The New Stack since its early days, as well as sites...
Read more from Susan Hall
SHARE THIS STORY
RELATED STORIES
Securing Windows Workloads Case Study: How SeatGeek Adopted HashiCorp’s Nomad WebAssembly Needs Schedulers, and Kubernetes Doesn't Quite Fit the Bill Deploy a Container Stack in Portainer from a GitHub Repository How to Deploy Containers with nerdctl
TNS owner Insight Partners is an investor in: Docker.
SHARE THIS STORY
RELATED STORIES
What Is Apptainer and How Do You Install It on Ubuntu Server? The Next Evolution of Virtualization Infrastructure Deploy a Container Stack in Portainer from a GitHub Repository Securing Windows Workloads Container Security: A Troubling Tale, but Hope on the Horizon
THE NEW STACK UPDATE A newsletter digest of the week’s most important stories & analyses.
The New stack does not sell your information or share it with unaffiliated third parties. By continuing, you agree to our Terms of Use and Privacy Policy.