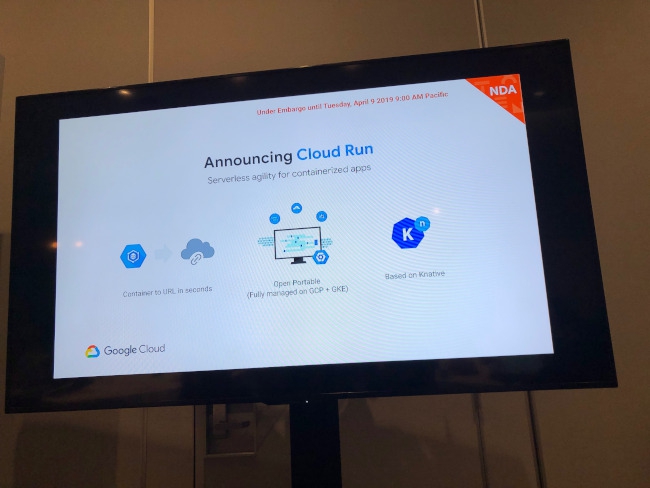 Google has launched Cloud Run, a new solution for running serverless applications based on Docker containers, this week at its at its Cloud Next ’19 conference. What we can say now is this is an important step for serverless computing — deploying to Cloud Run is much easier than running containers on Kubernetes. It also has no architectural restrictions, which Lambda functions do.

What Is Google Cloud Run?

Google Cloud Run is a fully managed platform that takes a Docker container image and runs it as a stateless, autoscaling HTTP service.

The difference between Cloud Run and the first- generation of serverless platforms — such as AWS Lambda, Google Cloud functions or Azure functions — is that it allows you to run arbitrary applications serving multiple endpoints, not small functions with a specific interface.

Cloud Run is based on Knative, which means that similar solutions will likely show up on other managed Kubernetes platforms.

Will My Project Run on Google Cloud Run?

Google has published a Container runtime contract, which lists the requirements for containers, including:

As long your project adheres to the general requirements above, you can run any application written in any programming language on Cloud Run.

Note that Cloud Run is currently in beta and so these requirements may change over time.

There Is No Workflow — And That’s a Good Thing

Developers already familiar with Docker or traditional PaaS solutions like Heroku will feel right at home with Cloud Run.

Semaphore is the fastest continuous integration and delivery (CI/CD) platform on the market, powering the world’s best engineering teams. Our aim is to make CI/CD practices more accessible to developers, provide a great user experience, and treat our customers as we’d like to be treated.
Learn More
The latest from Semaphore

Once your application is packaged in Docker, all it takes is to:

Within minutes, Cloud Run will provision a new app under a domain which you can customize and make public.

In the following demo we will configure a serverless CI/CD pipeline with Semaphore for a microservice which will perform the following tasks: 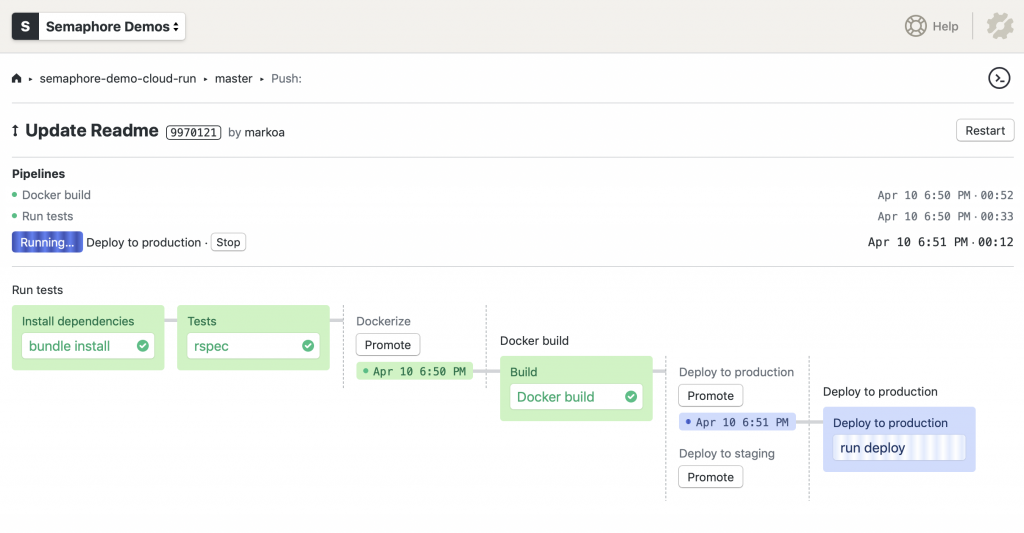 You can find the complete source code of the project on GitHub.

The official quick start guide by Google provides a roadmap for getting started with Cloud Run.

The first steps are to:

In our example we will use a simple Sinatra web app packaged with the following Dockerfile:

When adapting your existing Dockerfile, making sure that the application runs on port 8080 is probably going to be the only change that you need to make. If you don’t do that, you may see an error like:

In order to automate pushing Docker images to GCR in the CI/CD pipeline, Semaphore needs to authenticate with Google Cloud. To do that securely, we need to create a Semaphore secret based on a Google Cloud service account’s authentication key.

Once you have obtained your authentication key, upload it on Semaphore as a secret using the Semaphore CLI. The secret should define a file, let’s call it ‌.secrets.gcp.json:

We can now write a Semaphore pipeline which builds, tags and pushes a Docker container to GCR:

The pipelines defined in deploy-staging.yml and deploy-production.yml run the same steps, with the difference being in the name of the service.

Here’s how the production deployment runs:

The last line of the deploy log in your local terminal or Semaphore job will contain the URL on which your new app is live, for example:

When you open the URL for the first time, you will see:

This is because there’s one more step to make, and that is to make your service public in Google Cloud Run console. And voilà: 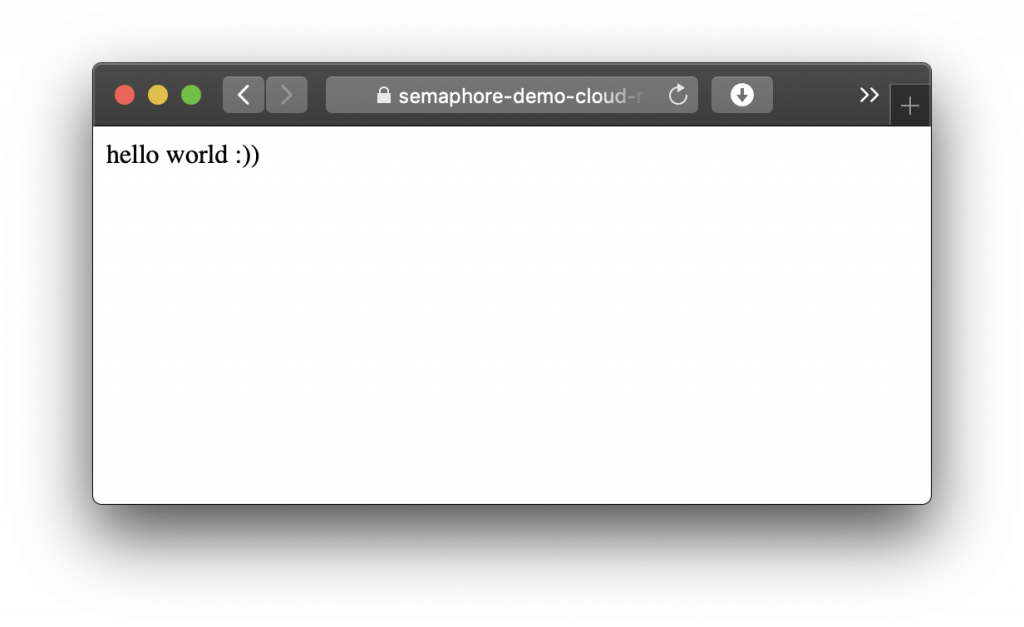 Hopefully, this article has inspired you to build and ship something to Google Cloud Run with a well-oiled CI/CD pipeline. The next move is on you.