A Look at GitOps for the Modern Enterprise 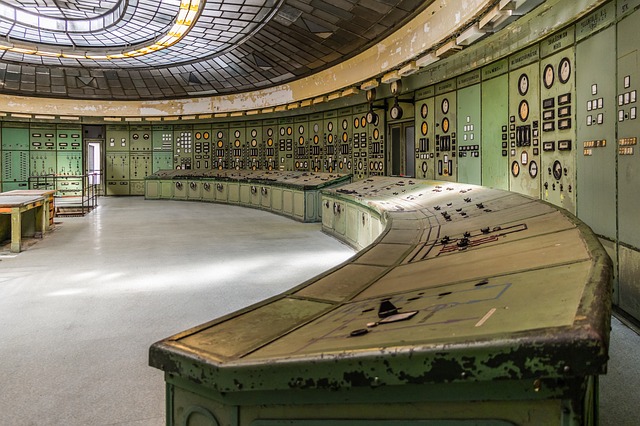 GitOps is a modern cloud native approach to continuous deployment that leverages the Git version control/source control system as a single source of truth for all configuration, infrastructure, and operational procedures. In this approach, the changes are automated through the source control system itself. GitOps is considered as an evolutionary approach towards infrastructure as code.

What sets GitOps apart from other approaches is, it centralizes the development and operations process so that you have a singular path using the method of a single source of truth.

GitOps acts as an integral part of DevOps, automating the development process and speeding up the release processes. It leverages the strength of automation to lessen the necessity for manual human intervention throughout application lifecycle management.

DevOps and GitOps might share a mutual goal; the distinction can be made by saying DevOps is a cultural philosophy, whereas GitOps is more of a modern cloud native approach tied to specific tools. DevOps is not linked to any tools or roles as such.

With GitOps, there is a better division of processes. Git provides an operating procedural model for Kubernetes and the whole cloud native stack. It defines a set of principles that revolve around deployment, monitoring, and the containerized clusters’ management.

In a non-GitOps workflow, you require API calls or mouse clicks to initiate the events, but in  GitOps workflow, any defined commits to Git trigger the events — builds, deployments, and other lifecycle events automatically. 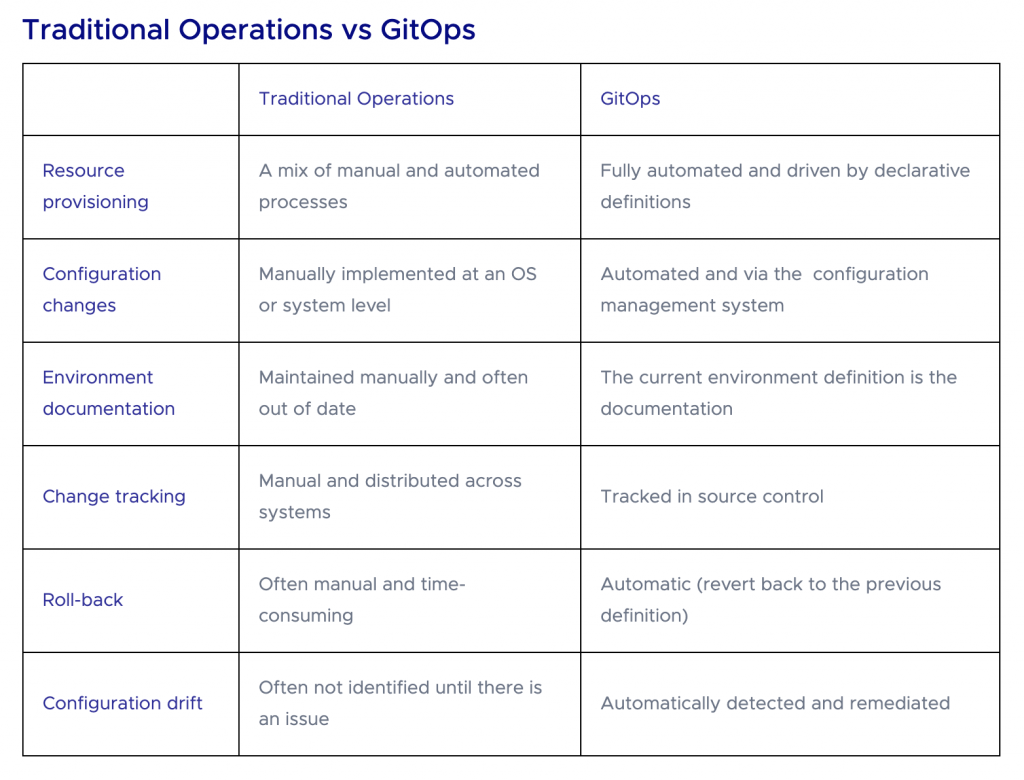 GitOps aligns perfectly with the modern DevOps practices in that everything is treated as code, with the code is stored in Git. Everything originates and connects back to Git, a single source of truth. It allows you to extend your definition of everything here to include operations and infrastructure actions. Everything is observable and monitored. Environment changes are auditable via Git.

In the GitOps workflow, the system’s desired configuration is maintained in a source file stored in the git repository with the code itself. The engineer will make changes to the configuration files representing the desired state instead of making changes directly to the system via CLI.

Pavan Belagatti
Pavan Belagatti is one of the pioneers in the field of growth hacking in India, he is also a DevOps influencer and a Google certified digital marketer. He has written over 100 articles alone on the topic of DevOps. He usually writes about DevOps, Marketing, and Growth Hacking. He is a guest contributor to some of the top-notch websites around the world.

Reviewing and approving of such changes can be done through standard processes such as — pull requests, code reviews, and merges to the master branch. When the changes are approved and later merged to the master branch, an operator software process is accountable for switching the system’s current state to the desired state based on the configuration stored in the newly updated source file.

In a typical GitOps implementation, manual changes are not allowed, and all changes to the configuration should be done to files put in Git. In a severe case, authority to change the system is given just to the operator software process.

In a GitOps model, the infrastructure and operations engineers’ role changes from implementing the infrastructure modifications and application deployments to developing and supporting the automation of GitOps and assisting teams in reviewing and approving changes via Git. 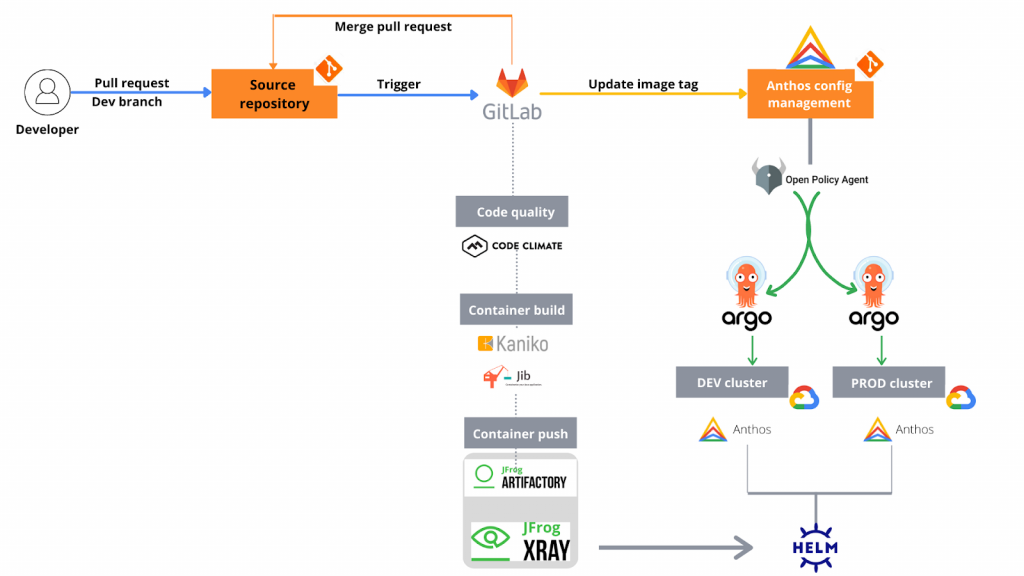 While GitOps may seem intuitive, how feasible is it to deploy? Here are a few disadvantages:

GitOps offers various benefits and has some disadvantages too. Since this approach is still relatively new, some major gaps remain, and we’re still looking out for the “big wins” in the market to point to. It is up to individual companies to experiment with the GitOps method and see how it helps alongside their tried-and-true approaches to DevOps.

The New Stack is a wholly owned subsidiary of Insight Partners, an investor in the following companies mentioned in this article: JFrog, Hightower.

JFrog and VMware are sponsors of The New Stack.

The Story of Tracee: The Path to Runtime Security Tool
October 07, 2021

Three Steps to Gaining Visibility into Your Hybrid Workforce>
October 07, 2021