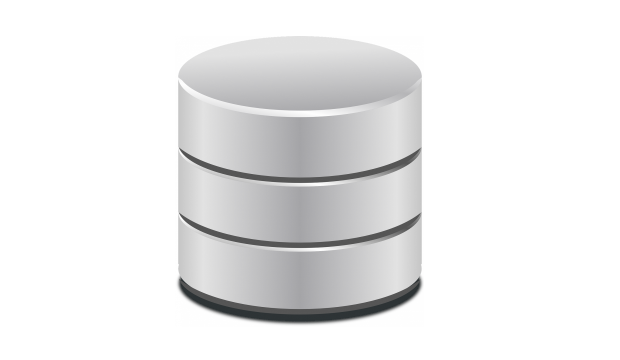 Forty-percent more developers worked extensively with Microsoft Windows in 2019 as compared to 2018. According to the latest Stack Overflow survey, 51% of developers worked extensively with Windows in the last year, while in the 2018 survey the figure was only 36%. With tens of thousands of participants, this is not a sampling error. Perhaps Microsoft’s core business is doing as well as the company said in its latest earnings report.

Why did Windows see such a big spike? One reason is that the percentage of respondents involved with desktop or enterprise applications rose from 17% to 21% over the last year. It wasn’t because developers are using it as their primary desktop/laptop — only 48% are doing so, which is a 2-percentage point drop from the previous year. These results indicate that despite enterprise applications being delivered as SaaS, many programs are still being written for Windows. The resurgence in developer activity has not slowed down Linux, as its adoption rose 10% in 2019. Whether or not that will continue will depend on if Docker or another technology gains even more prominence as a cross-OS platform. 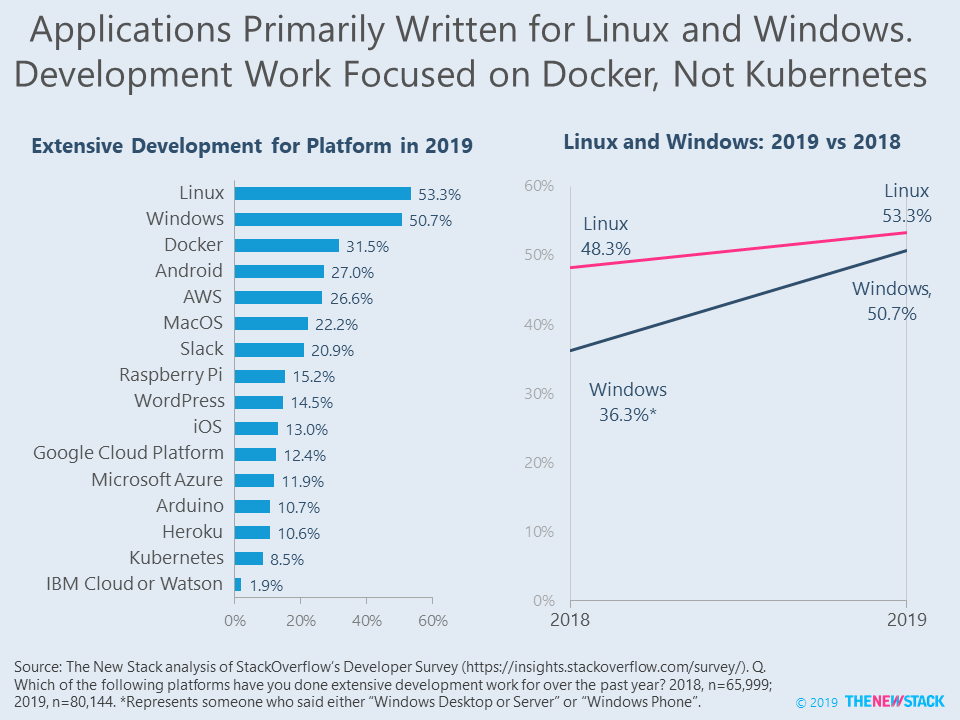 Everything is not hunky dory for Microsoft as the percentage extensively developing for SQL Server dropped from 41% in 2018 to 33% in 2019. We’re not sure why this drop occurred. The innocuous explanation is that fewer people checked the category because the latest survey added the word “Microsoft” to the front of the product’s name. Or, perhaps a huge percentage of SQL Server 2008 users jumped ship ahead of this year’s planned end of support. If that is the case, we wonder how many of those developers will be utilizing Microsoft Azure’s database offerings. 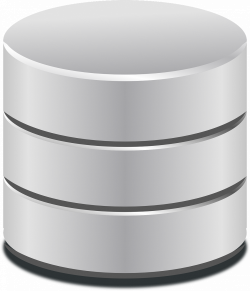 A word of caution about interpreting the Stack Overflow survey. Countless bloggers and PR flacks hype how much a technology is “loved,” dreaded,” or “wanted.” We have found that developer desires have little impact on the actual databases they use throughout the year. If developers use the databases they want to use, then MySQL and Oracle adoption would plummet, yet they have stayed relatively the same as compared to two years ago. Likewise, Cassandra usage would double every year, while the actual results show it with no growth at all. 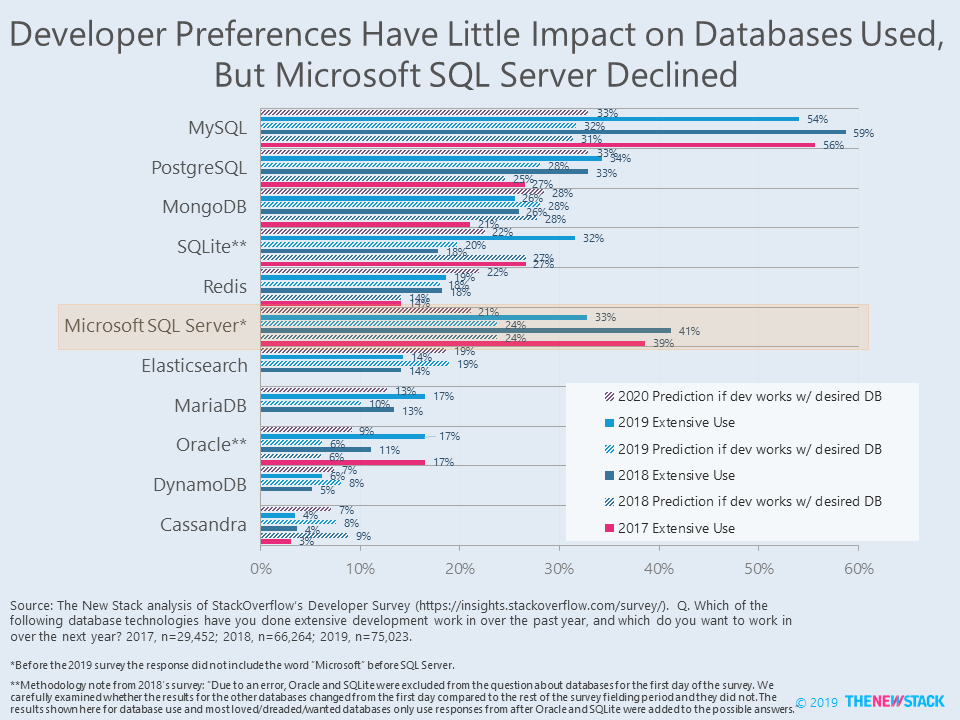 @LawrenceHecht is active on Twitter and often covers topics not mentioned in his articles. Below are three tweets that highlight additional analysis about Kubernetes, SQLite and the database market’s supposed realignment.

This chart is misleading if it makes you think 56% of JS developers are deploying to Kubernetes. For context, last year 48% of Node.js users were deploying to Docker, but only 12% to @kubernetesio. See: https://t.co/dVViMzMc5r cc @thenewstack https://t.co/XCc3C06y3O

The SO survey has 32% of all developers using SQLite, making it the 4th most used DB, as compared to the 10th most "searched for according to @DBEngines https://t.co/fgqCE7eacj

Lawrence has generated actionable insights and reports about enterprise IT B2B markets and technology policy issues for almost 25 years. He regularly works with clients to develop and analyze studies about open source ecosystems. In addition to his consulting work,...
Read more from Lawrence E Hecht
SHARE THIS STORY
RELATED STORIES
AWS Brings Trusted Extension Support to Managed Postgres The Immutability of Time Series Data Is Your Data Lineage Helping You Make Smart Decisions and Set Priorities? Is This the End of Data Refactoring? Artemis Mission, Telescopes Present Data Challenges for NASA
TNS owner Insight Partners is an investor in: Docker.
SHARE THIS STORY
RELATED STORIES
Do We Need Data Normalization Anymore? What Is Data Streaming? Real-Time Recommendations with Graph and Event Streaming Is This the End of Data Refactoring? Connections Problem: Finding the Right Path through a Graph
THE NEW STACK UPDATE A newsletter digest of the week’s most important stories & analyses.
The New stack does not sell your information or share it with unaffiliated third parties. By continuing, you agree to our Terms of Use and Privacy Policy.