A Model for Managing Microservices in Cellular Self-Organized Teams 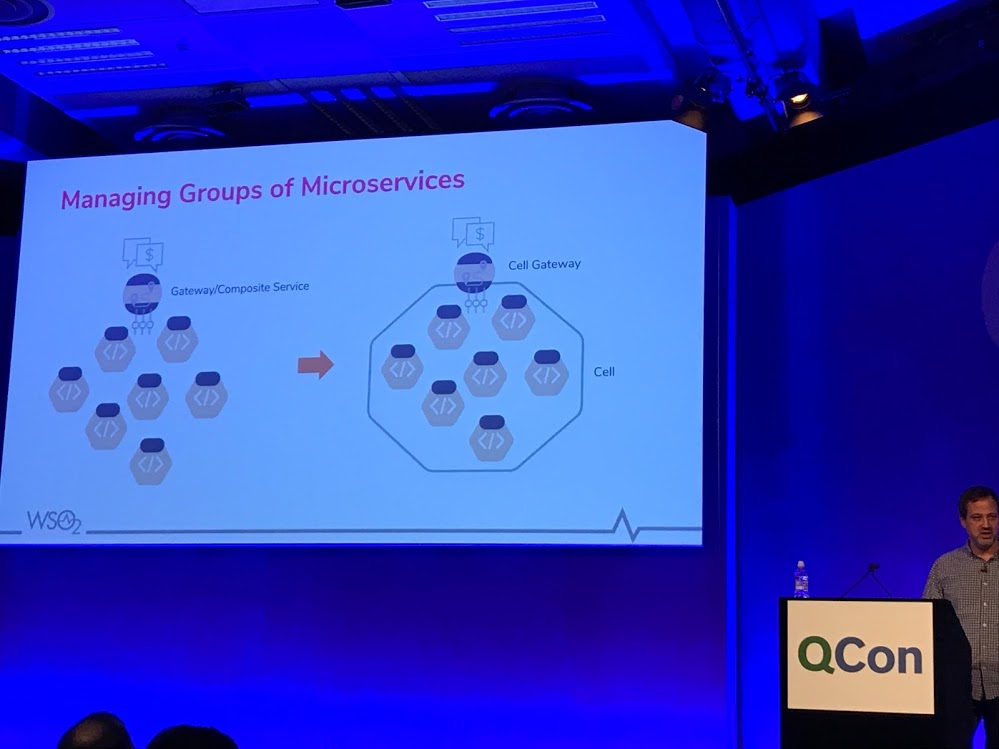 We’ve said it time and again — modern systems are complex. Now, it’s up for debate if Conway’s Law — where the technical systems’ design reflects the culture and communication of an organization — is desired or not, but there’s no doubt it is almost a constant. The risk of distributed systems is that everyone and everything is so distributed that there’s not a clear path of how things are connected and who is in charge of what code and for how long.

Paul Fremantle, co-founder of WSO2, told the audience of QCon London how he attempted to apply the simplifying models of math and physics to distributed systems. What he found was that the constantly changing complexity of distributed systems is much more akin to endlessly evolving cellular biology.

“Biology isn’t about trying to make everything super simple, but it’s about learning how to deal with complexity,” he said.

Today we will share WSO2’s cell-based approach to microservices, where the code is reaggregated to reflect deaggregated, agile organizations.

“What’s happened over the last 50 years is we are disaggregating our systems — smaller and smaller, serverless and microservices,” Fremantle said.

He said the need to scale and move faster is driving this. However, he cited the 12th Annual State of Agile Report that, while 58 percent of organizations are using agile practices to support this, only four percent see their organization as a whole being agile to adapt to market conditions.

There seems to be a massive challenge to take the agility on teams and build a team of teams — like a scrum of Scrums — to take agility to the enterprise level.

Fremantle argues this difficulty to be agile on a united, cross-organizational front is because there is simply so much fragmentation. From APIs and endpoints to functional components to fragmentation at runtime and platforms to Kubernetes and microservices, we are moving farther and farther away from the hardware to orchestrate. Being cloud native inherently makes things more fragmented and complicated. 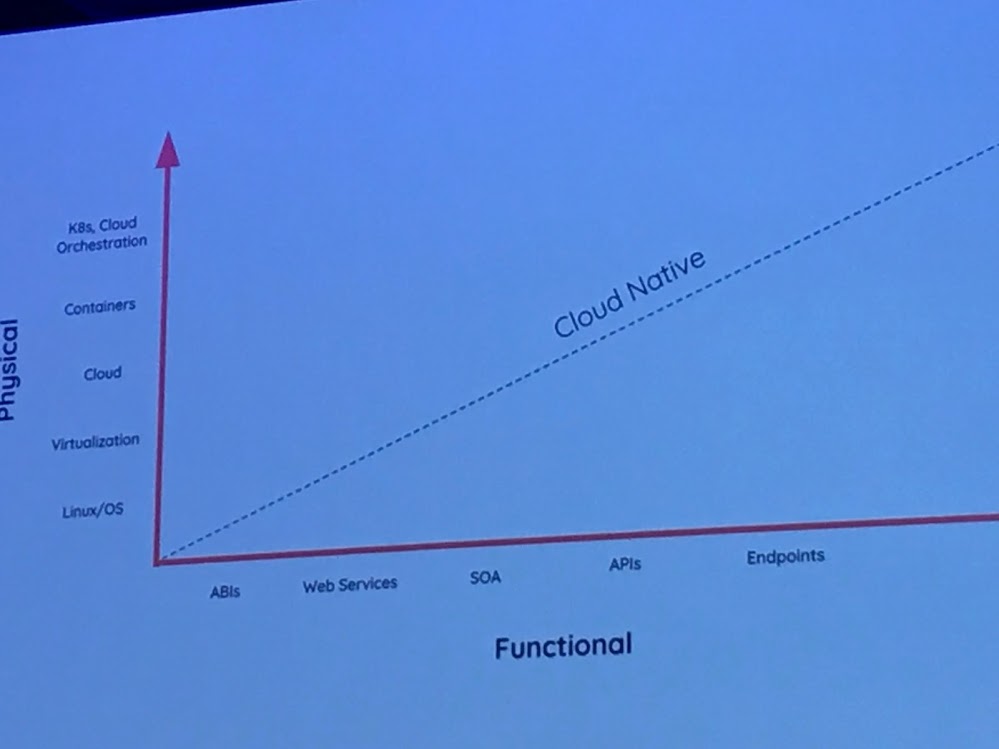 He continued to tout problems like how complex service-oriented architecture (SOA) processes — and the wrong tech stack in general — interrupt flows with excessive steps. And layered architecture makes it so you don’t have control over the things you need control over.

Fremantle argues that while we have decoupled a lot of the architecture, we’ve yet to decouple the organization. Referencing the Agile Manifesto’s focus on self-organizing teams, he said we need “composable” enterprises, too.

For him, this enterprise is made up of self-organizing teams that:

Fremantle argues to limit teams to fewer than 10 members. With the formula below, he says if you have 10 people on a team, that’s already 45 connections. Eleven? Fifty-five connections. 20 people leads to 90 connections. Like with software, these many interconnected pieces make things really complicated, leading to relational loss.

But once your organizational structure looks like this, how do you make sure the tech reflects it? (Also Read: Microservices: Terribly Named, Ambiguously Defined)

Fremantle offers APIs as natural boundaries, as they come with:

A lot of people are putting sets of microservices behind API gateways that are providing more version control. But remember that you need to know who is using your APIs and what they are using them for, he said.

He analogizes that the control plane acts as a biological nervous system, while the data plane acts like the circulatory system. He also points out that nowadays there is no brownfield versus greenfield development — only both.

“We have our core systems in the brownfield and disaggregated and microservices in greenfield. Most people are putting in some kind of API platform, some way of isolating the backend systems from the services, and that gives us the potential to strangle away parts of the architecture.”

If one team of 10 devs is in charge of 200 microservices, no one could know all of them, but there could be collective knowledge. With this in mind, Fremantle argues that 90 percent of microservices in any deployment should not be visible outside the team to anyone who deploys it. Otherwise, someone else other than who built the service makes a change and everything breaks.

“We need governance and boundaries,” Fremantle said. “[It] allows you to keep your agility in your team and lets you be self-organized.”

He continued that we need to reaggregate those microservices — not all the way back to monoliths, but into something that is owned by a team.

He shared the following time-lapse video of sponge reaggregation to illustrate what he calls a natural reaggregation of microservices.

Continuing the metaphor, he said there should be stateful and stateless cells, some wrapping legacy stuff, and teams figuring out how to categorize these cells or groups of microservices.

At WSO2, as an API management system, they are looking to mimic this cellular reaggregation technologically with tools and systems. They are attempting to automatically visualize the organization of Kubernetes and microservices. (Also Read: Miniservices: A Realistic Alternative to Microservices)

A Cell Acts Like a Higher Level of Abstraction 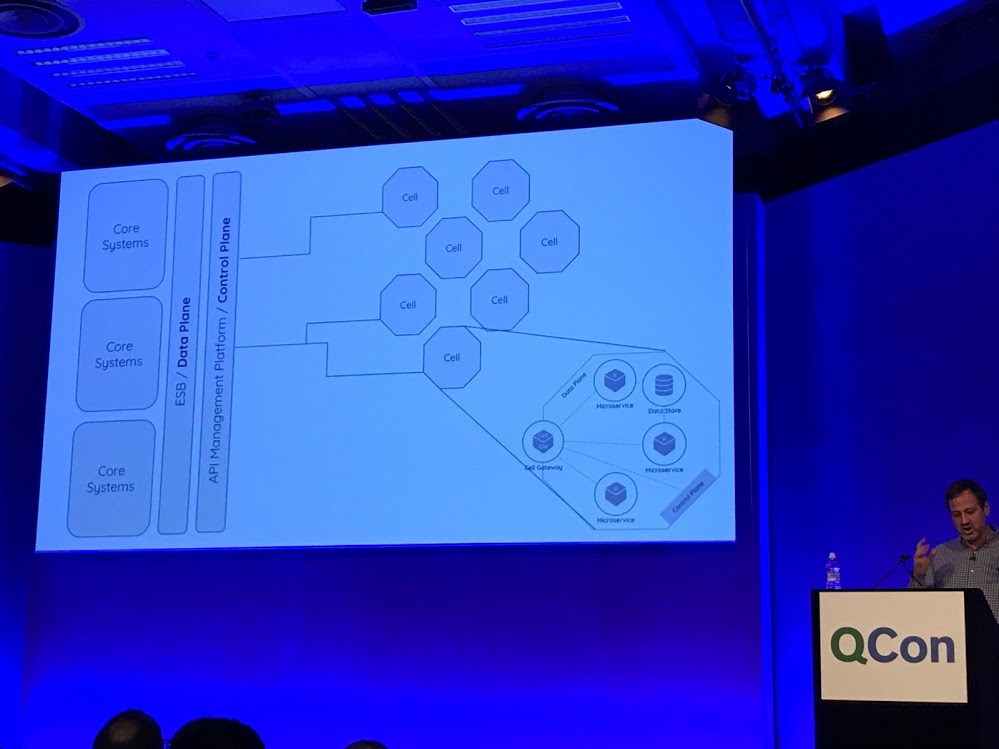 The WSO2 Methodology for Agile says just about every new application involves integration across an exploding set of endpoints.

“Integration must learn from code to become immutable, type safe, testable, continuously built and deployed so they are more robust, resilient and above all — agile,” reads the paper.

It becomes a modernization of Conway’s Law for organizations, founded in continuous improvement:

“We need a higher level abstraction — and that’s really what a cell is,” Fremantle said.

With this in mind, Fremantle offers three guidelines for microservices and tech in general to catch up to team agility:

“Should we change human nature or write code? It’s easier to write code. We should be building our systems around Conway’s Law.” — Paul Fremantle, WSO2

He continued that everyone is on a journey toward agility, but integration agility has yet to catch up to the speed of project agility. In order to enable this integration agility, you must reaggregate code with a cellular structure to reflect the self-organizing teams who then are in charge of measuring the health of each team’s cell.

Continuing with this theme of restructuring your code around your teams, he said it’s about recoupling decoupled components into new agile teams within the flow of DevOps, cloud infrastructure and intracell communication, making sure that every agile step inside the cell is versioned and behind a gateway at the boundary.