A Month Later, Azure Rolls Out Support for Kubernetes 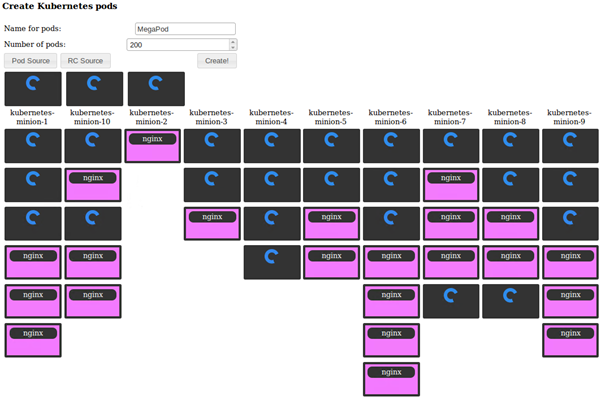 It was only a month ago that Microsoft said it would support Kubernetes and today it announced that Kubernetes can now be used to manage Docker containers on Azure.

How times have changed. Kubernetes is not only open source, but a tool that was built by Google. There was a day not too long ago when it would have been hard to imagine Microsoft embracing either open source or Google.

But the company has been supporting open source technologies more and more, especially with Azure. Doing so is helping Azure stay competitive. It’s still far behind market leader Amazon Web Services but will continue to attract users, particularly among Microsoft’s traditional enterprise customers, if it keeps supporting technologies like Docker and Kubernetes that developers want.

Another sign of a new way of doing business at Microsoft is that the company is also releasing today an open source visualizer tool that developers can use to help them use Kubernetes. The idea behind the tool was kicked off during a much-publicized company-wide hackathon trumpeted by Microsoft’s new CEO Satya Nadella.

The event replaced the annual Microsoft company meeting, where employees wold gather at Seattle’s Safeco field to hear executives talk up the company and share plans for future products. Instead, Nadella use the hackathon to fire up the troops and in this case actually produce something worth releasing to the world.

The visualizer tool is an open source project written in node.js that developers can use to deploy an existing cluster of virtual machines running Docker. “The applications user interface provides helpful visual representations of what is happening on your cluster. Furthermore, users can edit the automatically generated files and watch as Kubernetes updates the cluster configuration,” Microsoft’s Ross Gardler wrote in a blog post today about the tool.

Michael Blouin and Madhan Arumugam Ramakrishnan, members of the hackathon team that first worked on the tool, offer a lot more detail in a blog post.

“The Kubernetes visualizer allows you to create pods by assigning it a name and specifying how many copies of that pod you would like created. Upon clicking the “Create!” button users can update a JSON “Pod Template.” This template defines what containers should be associated with the pod, what images should be running in each container, and any port mappings so that these services are available to the outside world,” they wrote.

The team tested out using the visualizer to spin up as many as 200 pods.

The tool is available for use or contributions on GitHub.

Not only does this announcement reinforce big changes at Microsoft, it further establishes the growing enthusiasm for Docker. The easy-to-use container technology is now widely supported and should continue to make it easier for developers to take advantage of the cloud.

SHARE THIS STORY
RELATED STORIES
Can Observability Platforms Prevail over Legacy APM? WebAssembly Needs Schedulers, and Kubernetes Doesn't Quite Fit the Bill 3 Container Practices to Boost Your Security Posture Acorn from the Eyes of a Docker Compose User How to Deploy Containers with nerdctl
TNS owner Insight Partners is an investor in: Docker.
SHARE THIS STORY
RELATED STORIES
Acorn from the Eyes of a Docker Compose User Acorn, a Lightweight, Portable PaaS for Kubernetes Tutorial: Deploy Acorn Apps on an Amazon EKS Cluster Install Dozzle, a Simple Log File Viewer for Docker What Is Apptainer and How Do You Install It on Ubuntu Server?
THE NEW STACK UPDATE A newsletter digest of the week’s most important stories & analyses.
The New stack does not sell your information or share it with unaffiliated third parties. By continuing, you agree to our Terms of Use and Privacy Policy.