Wonder Interactive has developed a plugin to Unreal Engine 4, enabling developers to export their apps to HTML5 with WebGL 2.0 support.
Sep 7th, 2022 8:19am by Richard MacManus 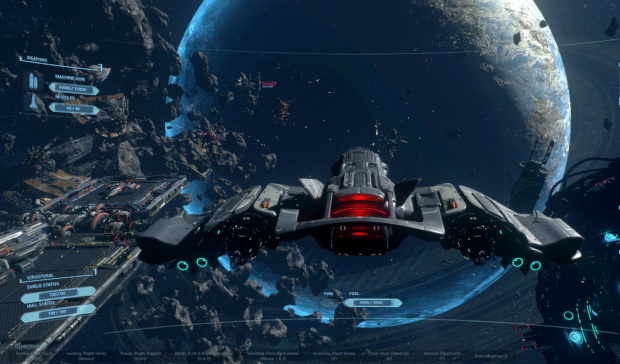 A Canadian startup called Wonder Interactive is creating a platform to turn Unreal Engine apps into HTML5 apps, which it claims will have “near-native performance and lightning-fast load times.” To find out why an Unreal Engine developer might want to create a browser version of their app, I spoke to the founders, Robert Stewart and Alex St. Louis.

To quickly set the context: Unreal Engine is a popular 3D computer graphics game engine by Epic Games. The latest generation, Unreal Engine 5, was launched in April 2022. What Wonder Interactive is building only supports Unreal Engine 4 at this point, but the company says it is working on support for 5.

Wonder Interactive has developed an SDK, which is a plugin to Unreal Engine 4. This enables developers to export their apps to HTML5, with WebGL 2.0 support for versions 4.24-4.27 (the latter being the final release before version 5).

In addition, the startup has an online dashboard for developers, allowing them to run their Unreal Engine apps in the browser. By default, this is private to the developer, but they can choose to make the app public. Meaning the web app will be hosted on Wonder Interactive.

All of this is currently in a private beta, but the company says it will open it up to more developers shortly.

Part of the reason gaming companies like Epic Games primarily focus on devices like Sony Playstation or Microsoft’s Xbox, or native clients like a Windows or Android app, is that games are very heavy bandwidth hogs. Traditionally, that is something the web has struggled with. But Wonder Interactive thinks it has found a solution to bandwidth restrictions in the browser, through its own proprietary “asset streaming” software. This allows an app to load in parts, rather than all at once.

Is it a Feature or a Platform?

The million-dollar question here is: doesn’t Epic Games already have an export option for HTML5?

Well, it used to, but Epic Games announced in December 2019 that, as of Unreal Engine 4.24, “support for the HTML5 platform has been migrated out of the engine to a public Platform Extension” maintained on GitHub. However, there has been virtually no activity on the GitHub project over the past couple of years, so this “Community-supported HTML5 platform extension” appears to lack a community.

According to St. Louis, it was a business decision by Epic Games to drop support for HTML5 export. “They didn’t really want to invest a lot of money into this to make it viable,” he said. “They only had WebGL 1 support [and] they didn’t really see a lot of uptake. It was a Catch-22 for developers because they [Epic Games] didn’t actually make it viable.”

He added that “browser technology has come a long way in the past few years” and so he and Stewart saw an opportunity to give Unreal Engine developers the option again to export to the web.

The danger, of course, is that Wonder Interactive might be building a feature — not a platform. What if Epic Games decides to add back support for HTML5? Stewart said they’ve had discussions with Epic Games, and although there was initial skepticism from the big gaming company, there’s now “much more interest than there’s ever been to invest in this as a platform.” He added that “it’d be great long term to have this available natively in the engine […] as plugins.”

Wonder Interactive is also planning to open source “part of our software,” presumably to mitigate the risk of relying so much on Epic’s platform. “We’re not going to open source our asset streaming tool,” said Stewart, “or the platform itself, obviously. Just support for the web.”

Wonder Interactive is a very small startup based in Canada and is early in its development of a web exporter for game engines. The company says that in addition to Unreal Engine, it will also develop the same export functionality for Unity, the open source Godot games engine, and the Amazon-derived Open 3D Engine (O3DE). But it seems to have a full enough plate right now building a plugin for Unreal Engine 5 — not to mention a planned upgrade from WebGL support to WebGPU.

All this is to say, it remains to be seen whether Stewart and St. Louis can make their startup into a full-fledged platform. I love the idea of enabling Unreal Engine developers (and Unity developers!) to port their apps to the web, since this is what will help drive the open metaverse forward. Interoperability is a key issue for the emerging metaverse, and the web is our collective best bet to achieve it. So I’m hoping Wonder Interactive will make inroads on this; but as of now, it’s more of a feature than a platform.

Richard MacManus is a Senior Editor at The New Stack and writes about web and application development trends. Previously he founded ReadWriteWeb in 2003 and built it into one of the world’s most influential technology news sites. From the early...
Read more from Richard MacManus
SHARE THIS STORY
RELATED STORIES
Prepping for 2023: What's Ahead for Frontend Developers What Rust Brings to Frontend and Web Development Angular vs. React: How to Choose the Right Framework for You Pro Coders Key to Stopping Citizen Developer Security Breach A Leg-endary Year: Top 5 Internet Technology Stories of 2022
SHARE THIS STORY
RELATED STORIES
Google Roadmap: Flutter to Integrate with JavaScript, Wasm Google Brings Rust into Chromium Project Wasm for the Frontend: A Look at Developer Use Cases The 'S' Word: How Frontend Developers Can Embrace Security What Rust Brings to Frontend and Web Development
THE NEW STACK UPDATE A newsletter digest of the week’s most important stories & analyses.
The New stack does not sell your information or share it with unaffiliated third parties. By continuing, you agree to our Terms of Use and Privacy Policy.