A hands-on view of how authorization works in Kubernetes.
Aug 14th, 2019 3:00am by Janakiram MSV 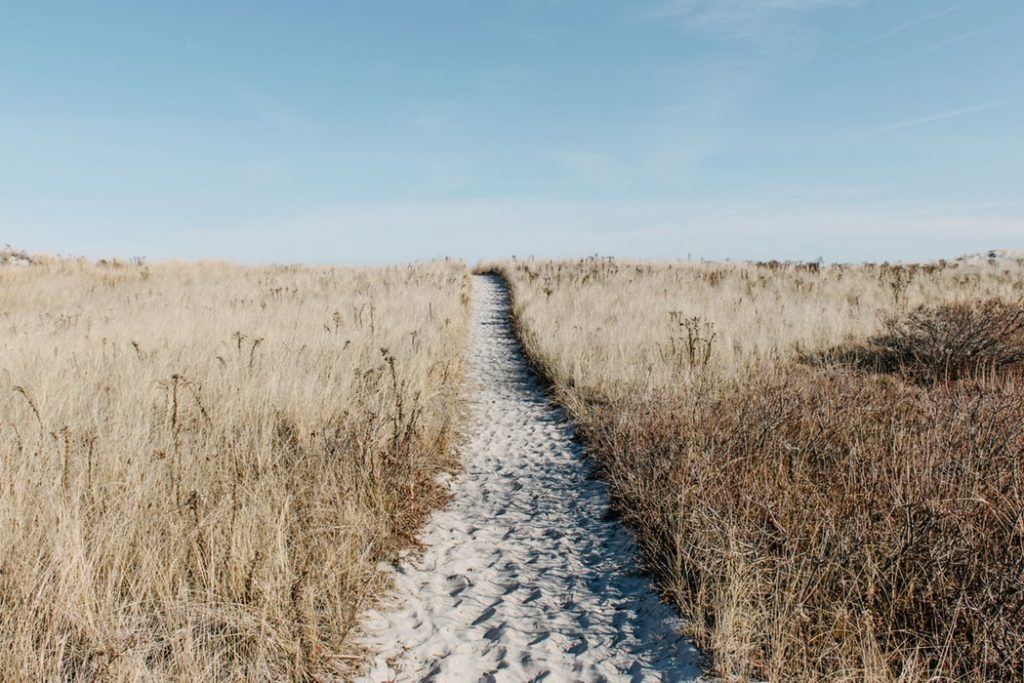 Feature Photo by Alice Donovan Rouse on Unsplash.
TNS Annual Reader Survey
We need your input! Take 5 minutes to chime in and help guide our coverage.
Begin the survey
This article is a part of the Kubernetes security series that started a few weeks ago. The first article covered the overview and background of Kubernetes access control while the second part introduced the core concepts of authentication. In this installment, we will understand the concepts of authorization through a hands-on approach.

Let’s start with a quick recap of the environment and the scenario. We are dealing with a cluster running in the production environment where each department is associated with a namespace. We have Bob, the new hire in the DevOps team that we just on-boarded to the cluster as an administrator for the engineering namespace. He has been handed over the key and the signed certificate to access the Kubernetes cluster.

If you haven’t done so already, run the commands from the previous tutorial to complete the environment setup and configuring the credentials for Bob.

It’s time for us to authorize Bob to control the resources belonging to the engineering namespace.

We will first create a context for kubectl which makes it handy to switch between different environments.

The above command created a new context pointing to the engineering namespace with Bob’s credentials within the minikube cluster. This results in a new section added to the ~/.kube/config file. 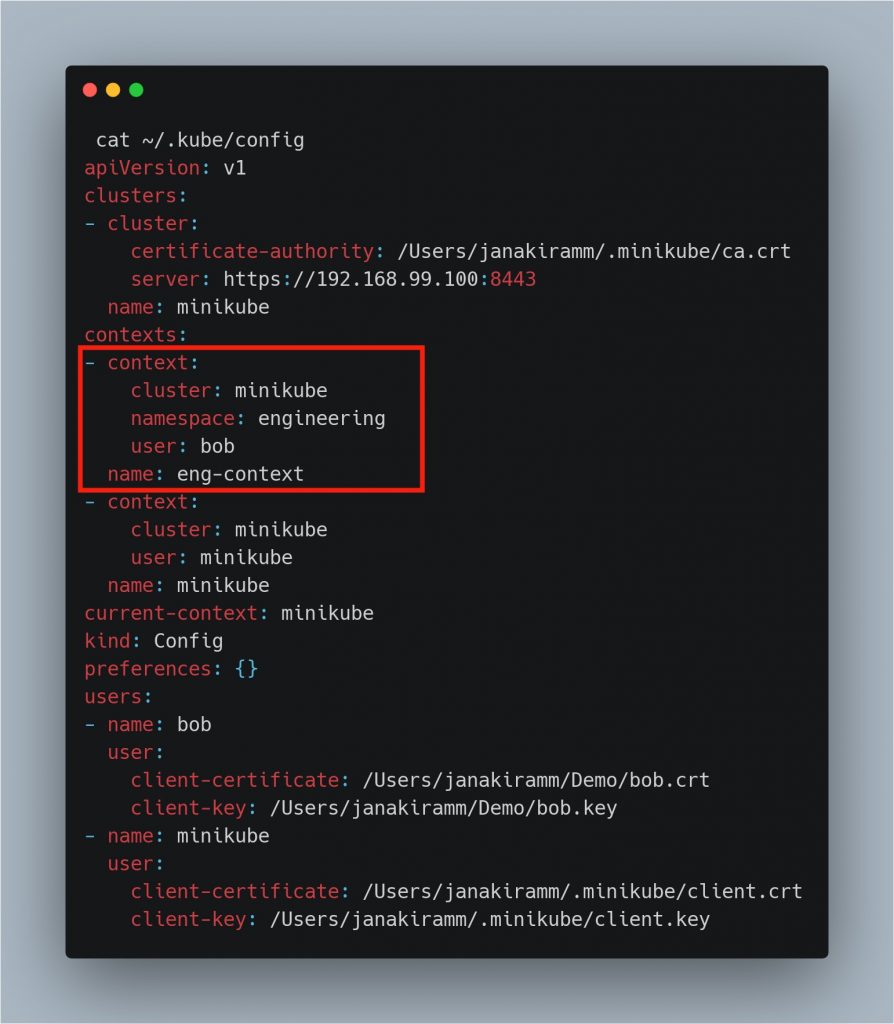 We will now create a simple pod within the engineering namespace:

In order to allow Bob to access the resources in the engineering namespace, we need to authorize him. This is done by creating a role with appropriate permissions and then binding it to user Bob. Essentially, we are using Role Based Access Control (RBAC) to explicitly allow Bob to perform specific actions against certain Kubernetes resources within the engineering namespace.

Create a Kubernetes role called eng-reader that has permissions to list pods in the engineering namespace.

Notice that the role doesn’t have any reference to Bob. We will apply the permissions specified in the role to Bob by creating a role binding. The below steps will do this for us.

Let’s check if Bob is now able to access the pods.

Since he is now associated with the eng-reader role, he gained the pod list permission.

At this point, Bob has pretty limited access within the cluster. All he can do is to list pods within the engineering namespace. This in itself is not very useful for Bob. He curiously checks the number of nodes in the cluster, and to his disappointment, he is greeted with a forbidden error.

Roles and role bindings in Kubernetes can be applied either at the namespace level or at the cluster level. We can now create a cluster role and an associated binding for Bob to enable him to list the nodes.

Now, Bob is all set to list the nodes within the cluster.

The objective of this walkthrough was to help you understand how roles and role bindings work in Kubernetes. In the last and final part of this series, we will explore service accounts. Stay tuned.

SHARE THIS STORY
RELATED STORIES
ML Can Streamline Kubernetes Provisioning Kubernetes 101: Install Kubernetes on Rocky Linux Case Study: How SeatGeek Adopted HashiCorp’s Nomad Open Source Underpins a Home Furnishings Provider’s Global Ambitions OpenTelemetry Properly Explained and Demoed
SHARE THIS STORY
RELATED STORIES
Livin’ Kubernetes on the (Immutable) Edge with Kairos Project Realizing the Dream of Cloud Native Application Portability Confidential Compute on Azure with Kubernetes OpenTelemetry Properly Explained and Demoed Manifest First — Deploy with Confidence
THE NEW STACK UPDATE A newsletter digest of the week’s most important stories & analyses.
The New stack does not sell your information or share it with unaffiliated third parties. By continuing, you agree to our Terms of Use and Privacy Policy.