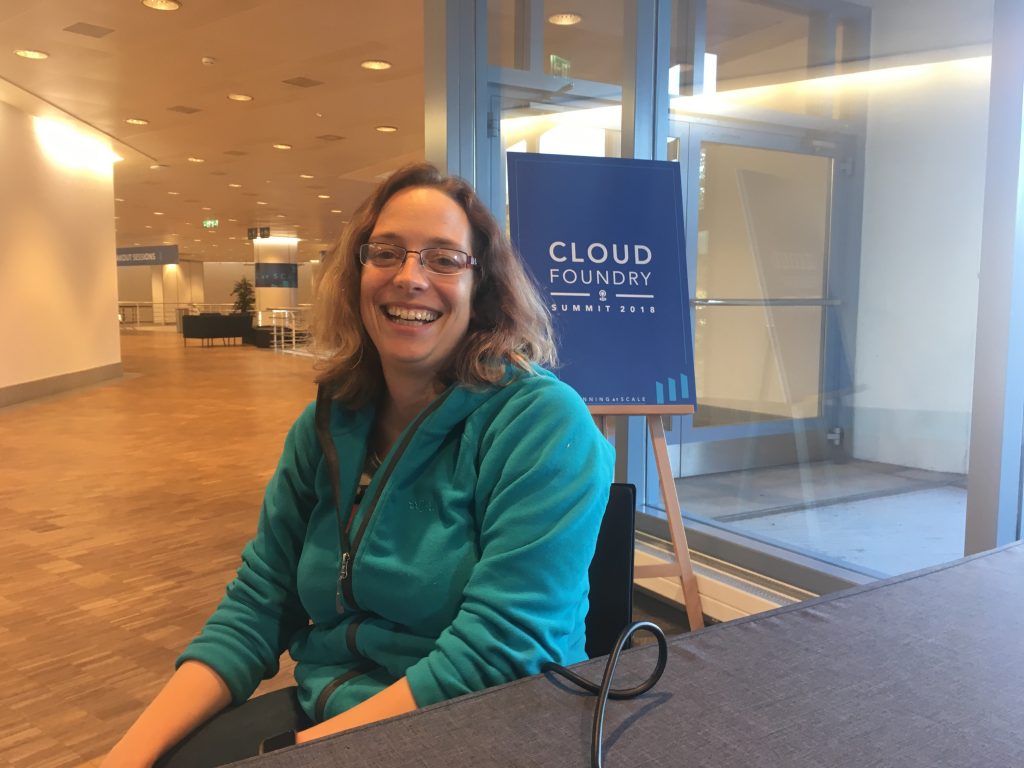 Many, if not most people, discover their life calling at a very young age. In the software engineering space, those with decades of experience who came of age in the 1980s and 1990s learned they loved to code often got their start programming in BASIC in grade school or junior high.

Anouska Streets, vice president of engineering at Fiserv, is yet another example of someone lucky enough to have had access to a PC while growing up decades ago. In her case, it was a school BBC microcomputer made available to the students of her school when she was 11 while in the UK.

In this podcast hosted by Alex Williams, founder and editor-in-chief of The New Stack, during Cloud Foundry Summit Europe 2018 in Basel, Switzerland, Streets described how her passion for coding and support from her parents formed the basis of successful career consisting mostly of leading teams and software engineering.

Streets described how as the oldest of three children, her parents “didn’t put any kind of limit or guidelines on what I should be doing. So, if I was riding my bike, that was fine. If I was playing with dolls, that was also fine (I didn’t do a lot of that, to be fair),” Streets said.

When Streets began BASIC programming at the age of 11 on the school BBC microcomputer, Streets said: “I was just hooked. I was like ‘this is amazing.’” The following Christmas, her parents gave her a Commodore 64.

Streets’ early days as a programmer while growing up, like most of us, involved gaming of some kind. The experience instilled in her the love of coding that continues today. “Maybe it’s the personality thing, but I like the fact that you solve the problem and you write some code,” Streets said. “It works or it doesn’t work. And then you’re done — and that has really interested me.”

Early in her career, Streets began to do work in software development and then in account management “because I was able to articulate to the business from an engineering standpoint. And so, I ended becoming this kind of bridge. And then I had my daughter and I kind of took my foot off the gas for a bit and realized that what I wanted to do was coding. I was missing it,” Streets said.

As a technical leader at Fiserv, Streets benefits from over two decades of experience in software development and has been able to experience the major changes that have taken place in the industry firsthand.  “When I started software development, Twitter, wasn’t a thing,” Streets said. “The ability to glean information from thought leaders, at these types of conferences didn’t exist.”

Someone from Streets’ team also “had a spark lit under him from the conference and brought [BOSH] back home,” Streets said. Following the requisite training and coaching to get up to speed with BOSH, which Street said “is pretty tough.

“When we started looking at it, it was kind of better than it had been at the start and it’s even better now,” Street said. “We’re massive fans, and like I say, we’ve got a relatively small team now able to run all of our Cloud Foundry foundations under quite a significant portion of our toolchain as well,” Streets said.

At the end of the day, platforms are only as good as their ability to serve customers and help developers shape the end user experience. “People will vote with their feet, so we must keep that customer experience up front and center,” Streets said.

“The reason an opinionated way of doing software development is so important is that we can get those changes out to those customers really quickly and really safely,” Streets said. “And frankly, as a software engineer, that’s what I want more than anything.”