Welcome to the first in our series on The New Stack Makers about technical founders with Jake Warner from Cycle.io.
Aug 17th, 2022 11:44am by Alex Williams 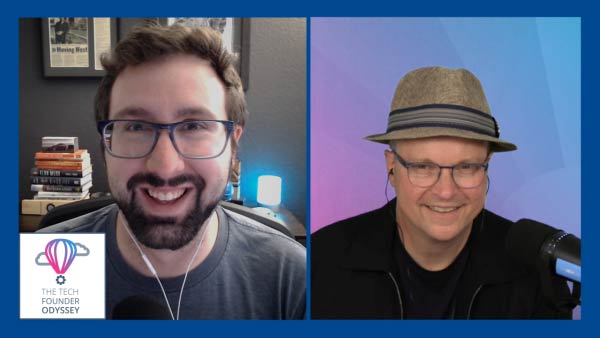 Welcome to the first in our series on The New Stack Makers about technical founders, those engineers who have moved from engineering jobs to running a company of their own. What we want to know is what that’s like for the founder. How is it to be an engineer turned entrepreneur?

I host the first four interviews. The New Stack’s Colleen Coll and Heather Joslyn will co-host the following shows we run in the series.

We like to ask technologists about their first computer or when they started programming. We always find a connection to what the engineer does today. It’s these kinds of questions you will hear us ask in the series to get more insight into everything that happens when the engineer is responsible for the entire organization. We’ve listened to feedback about what people want from this series. Here are a few of the replies we received to my tweet asking for feedback about the new series.

If they have kids, how much work is taken on by their SO? Lots of technical founders are only able to do what they do because their partner is lifting a lot in the background — they hardly ever get the credits tho

We interviewed Cycle.io founder Jake Warner for the first episode in the series about how he went from downloading a virus on an inherited Windows 95 machine as a 10-year-old to leading a startup.

“You know, I had to apologize to my Dad for needing to do a full reinstall on the family computer,” Warner said. “But it was the fact that someone through just the use of a file could cause that much damage that started making me wonder, wow, there’s a lot more to this than I thought.”

Warner was never much of a gamer. He preferred the chat rooms and conversation more so than playing Starcraft, the game he liked to talk about more than play. Warner met people in those chat rooms who preferred to talk about the game instead of playing it. He became friends with a group that liked playing games over the network hosted by Starcraft. Games that kids play all the time. They were learning about firewalls to attack each other virtually, between chat rooms, for example.

“And because of that, that got me interested in all kinds of firewalls and security things, which led to getting into programming,” Warner said. “And so it was, I guess, the point the to get back to your question, it started with a game, but very quickly went from a lot more than that.

And now Warner is leading Cycle, which he and his colleagues have built from the ground up. For a long time, they marketed Cycle as a container orchestrator. Now they call Cycle a platform for building platforms – ironically similar to the story of a kid playing a game in a game.

Knowing what to do is the challenge of any founder. And that’s a big aspect of what we will explore in our series on technical founders. We hope you enjoy the interviews. Please provide feedback and your questions. They are always invaluable and serve as a way to draw thoughtful perspectives from the founders we interview.

Alex Williams is founder and editor in chief of The New Stack. He's a longtime technology journalist who did stints at TechCrunch, SiliconAngle and what is now known as ReadWrite. Alex has been a journalist since the late 1980s, starting...
Read more from Alex Williams
SHARE THIS STORY
RELATED STORIES
How to Get Started Filling 3.4 Million Cybersecurity Jobs How We Manage Incident Response at Honeycomb How Will Working in Tech Change in 2023? Golden Paths Start with a Shift Left Wellspring of Creativity: Why Public Domain Matters
TNS owner Insight Partners is an investor in: The New Stack.
SHARE THIS STORY
RELATED STORIES
It Happened to Me: How I Suddenly Owed AWS $13,000... How Jit Builds a Platform Engineering Mindset in the Cloud CES 2023: Robots, Astronauts, Schwarzenegger and Flying Cars How to Get Started Filling 3.4 Million Cybersecurity Jobs Why Your Code Sucks: Common Excuses for Bad Programming
THE NEW STACK UPDATE A newsletter digest of the week’s most important stories & analyses.
The New stack does not sell your information or share it with unaffiliated third parties. By continuing, you agree to our Terms of Use and Privacy Policy.