A Very Geeky Christmas: Four Gift Ideas for the Programmer in Your Life 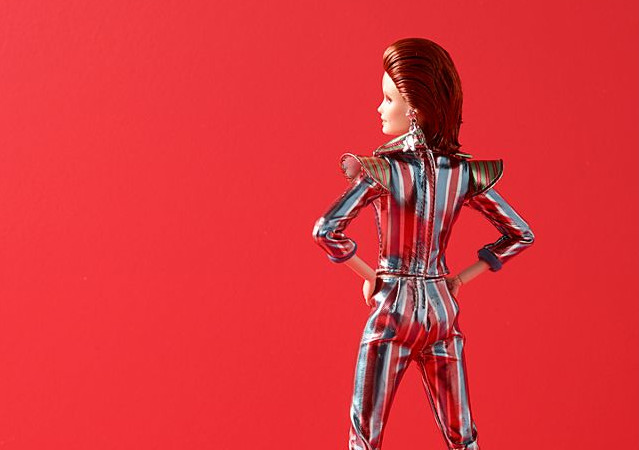 Every geek knows that feeling: Getting a gift, gritting your teeth, and trying to smile while you’re secretly thinking: “They just don’t understand me…”

So this year I’ve pulled together an especially thoughtful gift guide. It’s a set of four special gifts offering the chance to remember some special geek friends -– or to experience the joy of giving to a good cause, or to a geek organization in need. So this year after all the egg nog is consumed, as the Christmas parties grow late and the truth is finally told…

Here’s what we really want for the holidays.

This will be an important year for the Free Software Foundation‘s annual membership drive. It’s the first drive since the group’s founder, Richard Stallman, resigned from the 501(c)(3) non-profit after 32 years, but the FSF is still out there, adhering to their principles — and asking you to join them. “Since its inception, the free software movement has consisted of a group of passionate people standing up for what was right,” explains the campaign’s web page. “Nothing has changed since then.”

Its mission is promoting free software — and yes, you can purchase a “gift membership” in the organization for someone else. Membership automatically entitles the lucky recipient to benefits — plus the ability to hide their IP address when they’re chatting on IRC, behind an fsf/member/username “cloak”. There’s also free entry to the annual LibrePlanet conference in Boston, plus a year-long 20% discount on all merchandise from the FSF shop — a treasure trove of uber-geeky merchandise like the “Free Software, Free Society” hoodie and an adorable stuffed baby gnu (in honor of the GNU operating system).

A recent blog post noted their organization keeps 120 virtual servers going — across four different data centers — with just two senior sys-admins, a part-time chief technology officer, and one web developer. They serve 1.5TB of data each day, and send over half a million messages to mailing lists for the free software community. “We don’t outsource any of our daily software needs because we need to be sure that they are done using only free software.

“Remember, there is no ‘cloud,’ just other people’s computers.”

2: Impractical Advice from the Creator of XKCD

Here’s a gift idea offering a way to keep science fun for the next generation. It’s already Amazon’s #1 best-seller in the “science essays and commentary” category, beating even Neil deGrasse Tyson’s “Letters from an Astrophysicist.” But the first pages of “How To” blatantly promise readers that it’s “a book of bad ideas.” In its first chapter, “How to Jump Really High,” author Randall Munroe notes that to beat a professional high-jumper you either need to spend a lifetime dedicated to athletic training, or…cheat. And if you chose the first option, “then you’re probably reading the wrong book.” 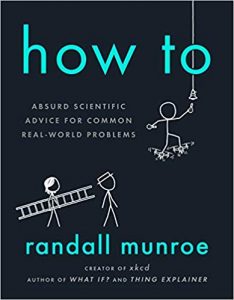 But then the former NASA roboticist turned cartoonist goes into the physics of lifting your body off the ground in various ways — pole-vaulting, riding skateboards up ramps — while pausing occasionally for a cartoon where stick figures take his ideas to wacky extremes. It’s all delightfully mischievous, but with a genial spirit that welcomes intrepid inquirers of all ages into Munroe’s own unique brand of hypothetical science. The six-hour audiobook edition is even read by Wil Wheaton, the geek celebrity who’d played young Wesley Crusher on “Star Trek: The Next Generation.”

Instead of offering his fans a collection of the unpredictable stick-figure drawings from his online cartoon XKCD, Munroe has given them what he describes as “a profoundly unhelpful self-help book” that still manages a few moments that are genuinely exhilarating and even inspiring. “This book explores unusual approaches to common tasks,” the intro explains earnestly, “and looks at what would happen to you if you tried them.

“Figuring out why they would or wouldn’t work can be fun and informative and sometimes lead you to surprising places.”

If you want to experience the gift of giving to a good cause, the Open Source Technology Improvement Fund is a corporate nonprofit trying to connect open-source security projects with both funding and logistical support. “Now more than ever, the world realizes the need for strong open-source security software,” explains its mission statement. The group hires professional auditors to review code for vulnerabilities and suggest ways to strengthen it, and its also providing bug bounties, and even grants to “worthy” projects “in order to facilitate code changes to make improvements or upgrades to existing projects.”

Now they’re asking for your help — but in a unique and creative way. The organization wants to crowdfund half the cost of a garment printer so it can generate its own geek-themed t-shirts. “Building a Better Internet with Shirts!” explained the campaign’s page on Kickstarter.

Today, you help open source security by getting a RFID-blocking leather wallet with custom engraving, or a tee shirt or hoodie with over 40 gorgeous designs available on our new KickStarter! https://t.co/ep2iKRp2XM The Kickstarter is to buy a garment printer for fundraising. pic.twitter.com/CwQN3sCEwO

Contributors to the campaign can receive a customized RFID-blocking wallet with the message of their choice — or one of over three dozen geek t-shirts designed by specially-commissioned artists. Linux fans may want a shirt with the official mascot of their beloved kernel incorporated into a space-themed “Galactic Tux” shirt design.

A new Linux shirt is being added to the KickStarter today! A 50 Megapixel "galactic tux" design! Support our security efforts and take a look at our 45+ designs on KickStarter! https://t.co/ep2iKRp2XM#linux #freesoftware #opensource pic.twitter.com/WVFE8yk0oc

And one t-shirt even commemorates the critical flaw the OSTIF found in OpenVPN 2.4.0 — by republishing the buggy code in its entirety.

These won’t arrive by Christmas Day. In fact, they may only come into existence if the campaign reaches its funding goal by January 7th. But you can still experience that good feeling of contributing to a group that’s trying to build a better internet.

And maybe get a good chuckle along the way… 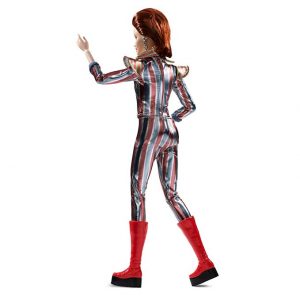 I’ve always thought of David Bowie as one of the great nerds of popular culture. He’s the only rock star to launch his own  branded ISP (which operated from 1998 to 2006). He sang songs about outer space, played men who came from outer space, and one of his most poignant songs even closes with the question “Is there life on Mars?” SpaceX used it as the background music for its inspiring video about that Tesla Roadster that’s currently carrying a mannequin named Starman in a never-ending orbit around the sun…

“Wonder if he’ll ever know / he’s in the best-selling show…”
Obviously I’m not the only nerd who will always hold a deep admiration for “Ziggy Stardust,” a pioneer in music, media, and even gender fluidity. Though Bowie left us nearly four years ago, somehow that’s just magically brought him closer into the cultural life of lots of people. So if Christmas is that time to raise a cup o’ kindness yet in remembrance of old friends — then yes, I very much do want to start the new year with a David Bowie Barbie doll on my desk.

Mattel describes it as the “definitive celebration of two pop culture icons.”

And if you want to make this toy feel even more like a Geek Christmas gift, you can unwrap it while re-watching that 1977 video where Bowie sings a duet with Bing Crosby.

Happy holidays —  and peace on earth — to you and yours!