Abstracting All the Things at the MesosCon 2016 Pancake Breakfast 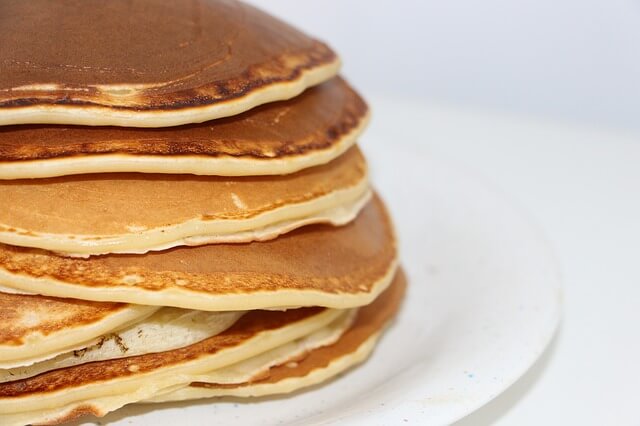 Abstraction helps to keep things simple when developing projects at scale, while also allowing for flexibility. If the models abstracted adhere to their respective model, developers can then innovate on top of that while keeping overall complexity in check.

#93: Abstracting All the Things at the MesosCon 2016 Pancake Breakfast

Frazelle offered a useful anecdote in regards to the benefits of abstraction. “With Linux security modules, you have to set communication profiles. This can get very complex because you have to identify the system calls themselves. Developers might not be as familiar with low-level system calls. A lot of abstractions in terms of making this easy and fun to secure would be great. When it comes to securing your cluster, it’s insanely difficult because there are a lot of things to manage.”

Keeping complexity in check while allowing for scalability has been something Mesosphere focuses on. Hindman noted that keeping Mesosphere as “non-complex as possible,” was built out of a desire to be able to easily debug a system and add new features, even if running tens of thousands of machines. Being able to get community feedback on new features has also been helpful throughout this process, Frazelle noted.

“Coming from open source, it’s nice to have a set of users you can get feedback from and test out new features on so you know if you’re going in the right direction or if you’re completely wrong,” Frazelle said. “Getting user feedback and listening to the community is huge. They’re the ones that use the product, probably know what’s best, and have to deal with it day to day.”

With companies continuously worried about vendor lock-in, both Murali and Frazelle explained that lock-in isn’t going to be a zero-sum game. Murali went on to note that different vendors have different areas of expertise, which will greatly influence which vendor a company selects for all or part of their stack. “Everyone says ‘Don’t drink the Kool-Aid,’ and get vendor lock-in. But almost anything is going to give you that no matter where you go unless you have a kind of hybrid environment. Someone at the end of the day is lying to you about lock-in. It’s more about the tools you build on top of your server. As long as you’re using something that works on multiple environments, you should be good,” Frazelle explained.

Hindman was also quick to note that developers can and should contribute where they can to projects they find interesting, noting there are a variety of opportunities for innovation in interfaces and APIs developers can utilize to their advantage. “Sometimes the standard common denominator doesn’t let you take advantage of the goodies under the abstraction. In the cloud sense, the same thing might apply. How can you sneak through and take advantage of the stuff you want without programming against that cloud?”

The challenges facing those looking to secure a multi-cloud environment continue to grow along with the innovation in the space. Frazelle implored developers to consider standardization across platforms, noting Mesosphere has faced its own difficulties when building security features such as certificate authority into DCOS: “There’s a lot still to be done in this area and a lot that hasn’t been done in terms of new technology for this. If there was some sort of standard we could build upon that too.”

Cloud Foundry, Intel and Mesosphere are sponsors of The New Stack.

Share this story
RELATED STORIES
How Can Open Source Sustain Itself without Creating Burnout? Why Unsuspecting Data Leaks Are a Key to Rampant Blockchain Hacks How to Make Git a Developer’s BFF Ethereum's Big Day: How the Merge Will Impact Web3 Developers 5 Steps to Propel Python into the Next Decade
Share this story
RELATED STORIES
Can Masking Metadata Boost Open Source Security, Diversity? Google Inks Deal with NIST to Boost Open Source Chips How Can Open Source Sustain Itself without Creating Burnout? It's Time to Normalize Cyberattack Data Embracing Open Source for Greater Business Impact
THE NEW STACK UPDATE A newsletter digest of the week’s most important stories & analyses.
We don't sell or share your email. By continuing, you agree to our Terms of Use and Privacy Policy.