ActiveState: Why Docker Without Container Orchestration is Not Enough

Docker, by itself, is not enough when deploying apps through a platform-as-a-service (PaaS). The real value comes when users can apply ways to orchestrate the deployment of Docker containers as I discussed recently with ActiveState’s John Wetherill.

Container orchestration is a timely topic as more users consider how to use Docker. Often, though, users find Docker is a lot more complex to manage when thinking of it in the context of an enterprise operation. 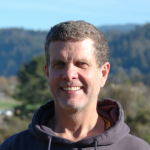 John Wetherill is a technology evangelist with ActiveState, the makers of Stackato, a platform-as-a-service.

Wetherill used the demo to discuss how container orchestration works in ActiveState’s Stackato environment for building, managing and auto-scaling containers. Stackato is private PaaS software based on Cloud Foundry, Docker and other open-source components. It can be installed on your internal infrastructure or on a public cloud.

To start, Wetherill showed how to download the ActiveState Micro Cloud to a virtual machine and then boot it in VMware. According to ActiveState, the Micro Cloud is a stand-alone instance of the Stackato system running in a single VM of up to four gigabytes (GB) of RAM. It allows you push your apps to an environment that is functionally identical to a full Stackato PaaS cluster.

With the VM, Wetherill accessed the link to the login page and signed in to the web console for access to an app store that showed the applications deployed, and those he could deploy at his choosing. Any enterprise language is pretty much represented on Stackato. He then navigated to a path that is on OpenStack and deployed a Python app, specifying a selection of properties.

After deployment, Stackato pulls the bits for the application from where the code is hosted on GitHub. In the process, it creates Docker containers for the application and containers for the data services. The three-tier currency converter app he launched made use of Redis. In the PaaS, Wetherill had several options for how to use the containers. For example, he could scale the app, increasing the number of instances with a slider bar in the user interface.