Add It Up: Even Open Sourcers Pay for Code Repositories 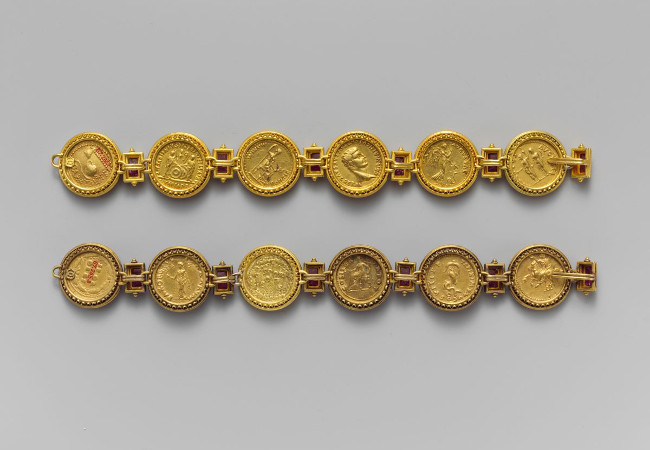 Many people also use homegrown setups, usually based git. Among those citing a homegrown system, a whopping 60 percent also cited another offering type in use. It appears that vendor solutions are often cobbled together with two or more other version control systems, some of which may be open source like Apache Subversion (SVN). The use of multiple code repos is more prevalent at large companies with over 10,000 employees. This group cited 2.6 types of code repos used as opposed to the study average of 1.4. 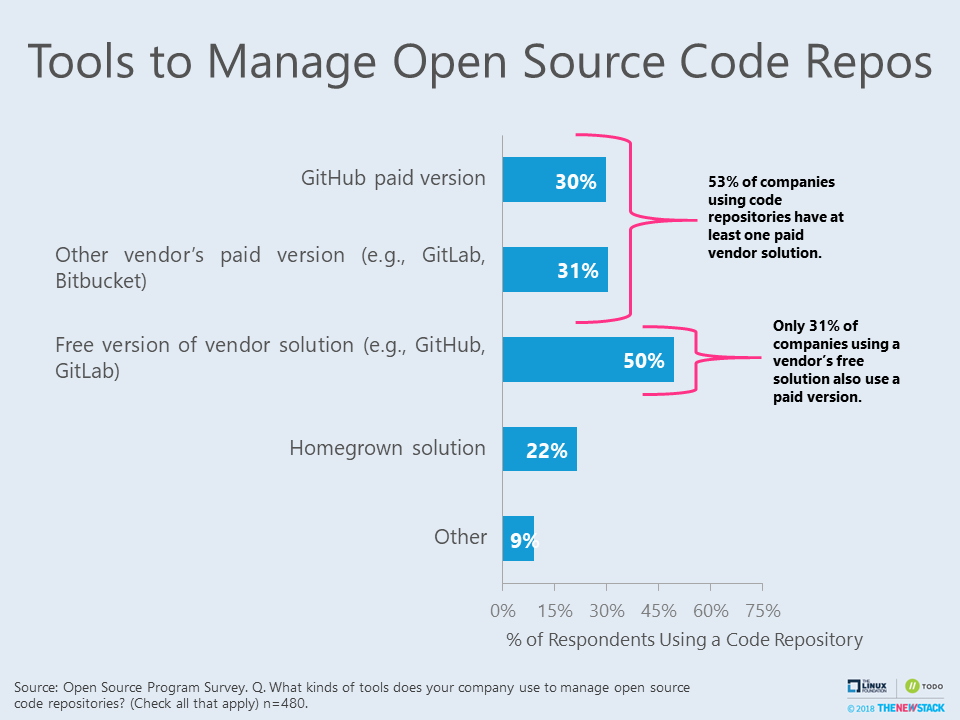 Microsoft’s announced purchase of GitHub caused consternation among developers worried about a negative impact on the open source community. Some purists claim that since GitHub’s core is proprietary, it has always been ironic that GitHub has become the primary way independent developers collaborate on open source projects. Others still can’t reconcile today’s open source friendly Microsoft with its turn-of-the-century predecessor.

Microsoft is very sensitive to accusations that its yet-to-be-approved acquisition will give it a monopoly. Even if Microsoft’s combines its Team Foundation Server with GitHub’s commercial offerings, analysis of our own surveys as well as those by SmartBear and Stack Overflow, indicates there is little chance that Microsoft will come close to dominating the market for code repositories in the near future. Naysayers will claim that users of GitHub’s free offerings are ripe for an upsell, especially if Microsoft bundles additional free services in the future.

While that is a possibility,  there are three reasons why this would still not create a dramatic change in market share. First, many users of GitHub are only using it for personal projects. Second, open source projects can be managed at a high level using free resources while at the same time using paid solutions to handle minute-to-minute version control. Finally, despite companies like Facebook and Google embracing mono repository systems, at least anecdotally many companies still use multi-repo systems and will likely continue to do so. If that is the case, then it is very possible that free GitHub and paid-for Atlassian Bitbucket or GitLab will co-exist side-by-side.

Alternative vendor offerings are still commonly used to manage open source code.  It is unknown whether or not they will lose customers to a paid version of GitHub. More research needs to be conducted to determine if companies are more willing to single-source their code repositories. In the meantime, with so many companies relying on GitHub to manage their open source code, it is worth considering converting free GitHub into a community resource managed by a foundation.

Lawrence has generated actionable insights and reports about enterprise IT B2B markets and technology policy issues for almost 25 years. He regularly works with clients to develop and analyze studies about open source ecosystems. In addition to his consulting work,...
Read more from Lawrence E Hecht
SHARE THIS STORY
RELATED STORIES
Kubernetes Just Has to Get Easier for Developers Record, Connect and Search DevOps Changes with Kosli Why You Can’t Afford to Miss Data Decisions Why Does the NSA Care about the Software Supply Chain? Does the GitOps Emperor Have No Clothes?
SHARE THIS STORY
RELATED STORIES
How Canva Uses Data to Prioritize QA Testing Terraform vs. CloudFormation: Which Is Better for You? Does the GitOps Emperor Have No Clothes? Terraform Cloud Now Offers Less Code — and No Code — Options 6 Pull Request Tricks You Should Adopt Now: DoorDash
THE NEW STACK UPDATE A newsletter digest of the week’s most important stories & analyses.
The New stack does not sell your information or share it with unaffiliated third parties. By continuing, you agree to our Terms of Use and Privacy Policy.