Adrift with Kubernetes? Check out goPaddle 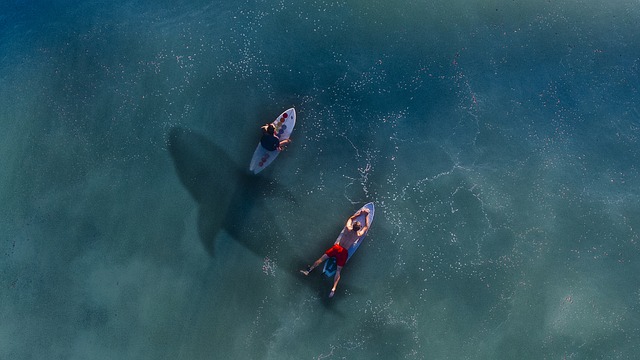 After Amazon Web Services, Mesosphere and Docker all announced support for the Kubernetes open source container orchestration engine in late 2017, Forrester has declared Kubernetes the winner in the enterprise orchestration race. It urges investing in Kubernetes skills and pilots, but warns of deployment and integration challenges.

Seattle-based goPaddle aims to ease that pain for both developers and the ops team. It grew out of DevOps and cloud automation company Bluemeric, which Vinothini Raju, formerly a senior software engineer for HP, founded in 2011. The rise of Docker and Kubernetes, however, presented a huge opportunity, hence the offshoot company.

“We find so many tools in the market tackle only a specific aspect of the lifecycle,” Raju said. “We thought this was an opportunity to have an integrated platform that manages the end-to-end lifecycle.”

“Service composability is our mission, and we want to make it really easy for open source developers to use the platform.”

The goPaddle platform provides a powerful yet simple interface with drag-and-drop components that developers can use to create microservice designs and container and cluster specifications on the fly. The idea is to design Linux workloads once and deploy them anywhere.

She said the company wanted to make it easy for developers to define a service without extensive knowledge of Docker and Kubernetes. All developers have to do is specify a base image, the build and configuration scripts, then point goPaddle to their location, such as GitHub or BitBucket, and it automatically builds the Docker image from the source code and stores it in any Docker registry. 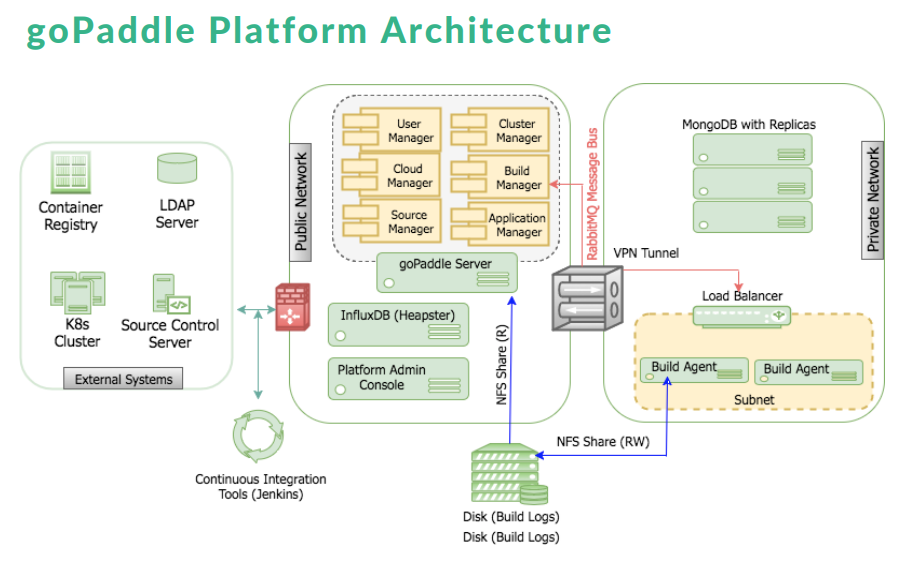 Once the design is published, you launch it by selecting the cluster, and it can run across various environments, such as dev, test and production. Using Lightweight Directory Access Protocol (LDAP), you can set firewall policies for controlled access.

“We have a distributed build environment where the builds are isolated builds and we version those builds.  Developers can see which build they want to deploy, and it becomes much easier. We also give them logging and console access, which takes them directly inside the containers on a Kubernetes cluster, so they can debug a failed deployment,” Raju said.

From the service console, users can watch the launch logs for each service to know if an issue arises and exactly what needs attention. Developers can have direct access to the Kubernetes service console without using Docker or Kubectl commands.

goPaddle uses Fluentd to aggregate logs for better visibility, a Flannel– and Calico-based overlay network and its own Kubernetes distributions internally. Users can launch clusters using Terraform templates or their custom templates; it supports AWS, Google and on-premise deployment.

The platform is available as a hosted SaaS offering; DevOps-in-a-box, an on-premise ready-to-go installation on a single server designed for smaller teams; and an enterprise version.

Raju names Red Hat’s OpenShift and CoreOS’s Tectonic as goPaddle’s closest competitors, but a range of Kubernetes vendors are cropping up, including Rancher, Dome9, Loodse and Heptio, each with its own take on Kubernetes management.

And the likes of Spinnaker and Harness are taking on the challenges of continuous delivery and multi-cloud deployment.

Susan Hall is the Sponsor Editor for The New Stack. Her job is to help sponsors attain the widest readership possible for their contributed content. She has written for The New Stack since its early days, as well as sites...
Read more from Susan Hall
SHARE THIS STORY
RELATED STORIES
Top 5 Considerations for Better Security in Your CI/CD Pipeline An Inside Look at What GitLab’s Web IDE Offers Developers Engineering Best Practices of CI Pipelines A Look at Kubernetes Deployment Enriching Dev Experience with Speedy Continuous Integration
TNS owner Insight Partners is an investor in: The New Stack, Docker.
SHARE THIS STORY
RELATED STORIES
Kubernetes CI/CD Pipelines Explained Kubescape: A CNCF Sandbox Platform for All Kubernetes Security Building a To-Do App using GitHub Actions, Playwright, Next.js The Main Goal: Secure the Application Workload 4 Tips to Avoid Downtime Risks and Start the New Year Strong
THE NEW STACK UPDATE A newsletter digest of the week’s most important stories & analyses.
The New stack does not sell your information or share it with unaffiliated third parties. By continuing, you agree to our Terms of Use and Privacy Policy.