Could AI Algorithms One Day Make Better Art than Humans? 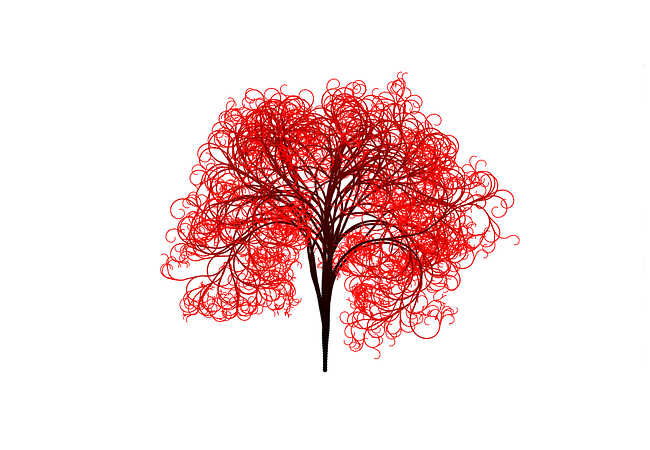 “What might happen once external algorithms are able to understand and manipulate human emotions better than Shakespeare, Picasso or Lennon?”

The essay begins by positing a machine analyzing vast amounts of biometric data would be able to predict what will make humans happy.

“In the not-too-distant future, a machine-learning algorithm could analyze the biometric data streaming from sensors on and inside your body, determine your personality type and your changing moods, and calculate the emotional impact that a particular song — or even a particular musical key — is likely to have on you.

Music would most likely be the test case here. “Of all forms of art, music is probably the most susceptible to Big Data analysis, because both inputs and outputs lend themselves to mathematical depiction,” he wrote.

“Using your personal biometric data the algorithms could even produce personalized melodies, which you alone in the entire world would appreciate.”

Not all readers agreed with Harari’s premise, however.

“It’s reductionist nonsense,” one commented. Another called it “irresponsible writing” noting that the article “presumes that emotions (and even all of consciousness) is reducible to ‘biochemical’…processes.”

Even Bloomberg maintained a distance. Appended at the bottom of the essay is a disclaimer that Harari’s piece “does not necessarily reflect the opinion of the editorial board or Bloomberg LP and its owners.”

Ghost in the Machine

In Harari’s hypothetical, there’s no limit to what the algorithm could learn — your moods, moods in general — when calculating the perfect song to play. It could even calculate the appropriate level of randomness to try to simulate some kind of serendipity. “No human DJ could ever hope to match the skills of such an AI,” he predicted.

This raises more hypothetical questions — should the AI follow your moods, or try to improve them? He posits an “eminent psychologist” recommending songs to help us through bad moods, starting with Bobby McFerrin’s “Don’t Worry Be Happy.” In the case of a break-up, the perfect playlist might culminate with “I Will Survive” by Gloria Gaynor and some special set-closing consolation from Bob Marley’s “Everything’s Gonna Be Alright.”

You can tell Harari had a lot of fun writing this…

But why stop there? Why couldn’t a sufficiently advanced AI just write its own music — tweaking songs to match our own favorite quirks? It could re-write songs to include names of people you know. “In the long run, algorithms may learn how to compose entire tunes, playing on human emotions as if they were a piano keyboard.

“Using your personal biometric data the algorithms could even produce personalized melodies, which you alone in the entire world would appreciate.” Ultimately he even has it manufacturing an international hit record — because how could it miss, with its ability to predict what every human in the world will like most?

The humans in the comments section reacted poorly to this hypothesis. “You’re a good BS-er, Yuval Noah Harari. But nothing more…” wrote one. “The only Mozart in the machine is the one that creates the machine. Algorithms are tools and nothing more. Always will be. And there will always be an intelligent being behind them.”

“If marvelous technological developments await us so be it;” added another, “but to be so cocksure about specific revolutionary tech progress seems reminiscent of futurists in the 1950s dreaming of flying cars and colonies on the moon.”

And a third commenter even laid down some scathing human sarcasm. “I look forward to reading this article once an AI editor has made it informative.”

Maybe disgruntled readers weren’t ready to hear someone describing the output of listening to music as simply “electrochemical patterns of neural storms” — which presumably also measurable. But somewhere in this intellectual exercise is a great theoretical conundrum. Whether something is truly art ultimately depends on how you define art. If art truly is subjective and succeeds based on how deeply individuals respond, “then biometric algorithms stand a chance of producing the best art in history.” But of course, there’s that other school of thought — that art “is about something deeper than human emotions, and should express a truth beyond our biochemical vibration.”

One commenter summed up the article as saying “computers may soon at least be able to simulate mediocre art, if not great art.” But isn’t that something too? For algorithms to have an impact in the world of popular music, Harari points out, “They don’t have to beat Beethoven.

“They just have to beat Justin Bieber.”

SHARE THIS STORY
RELATED STORIES
Data, Analytics and AI: What Will Happen in 2023 2022 in Review: AI, IT Armies, and Poems about Food What Data Management Pros Expect to See in 2023 How to Lower Your Company‘s AI Risk in 2023 The Power and Ethical Dilemma of AI Image Generation Models
SHARE THIS STORY
RELATED STORIES
Why So Many Organizations' Artificial Intelligence Initiatives Fail AI21 Labs Bets on Accuracy, Develops Approach for Factual AI Generative AI: How Companies Are Using and Scaling AI Models How Ray, a Distributed AI Framework, Helps Power ChatGPT AWS Inf2: A 12-Chip System for Large-Scale ML Production
THE NEW STACK UPDATE A newsletter digest of the week’s most important stories & analyses.
The New stack does not sell your information or share it with unaffiliated third parties. By continuing, you agree to our Terms of Use and Privacy Policy.