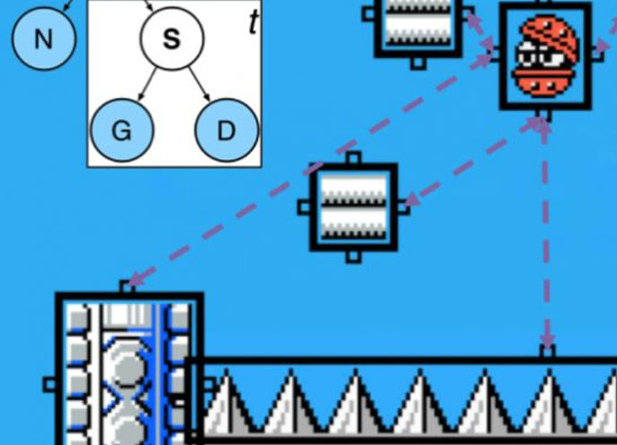 Those of us who have witnessed the evolution of the gaming industry might remember those early days of simple — but nevertheless captivating — video games on systems such as those offered by Atari or Nintendo. Since those initial times, game design has evolved by leaps and bounds, a wide range of genres have emerged, from complex role-playing games to action and strategy games. But while a lot of people buy and play games, not many have the skills necessary to design and engineer one.

That may change though if artificial intelligence is added to the equation. After all, AI is already used within games themselves, imbuing non-player characters in a game with adaptive behaviors, making them seem more real and responsive, rather than mere pixels on a screen. But according to two computer scientists from Georgia Tech, using AI to create games may very well open the field to a greater number of would-be game designers, effectively democratizing the process.

As the researchers note, previous attempts at automating game design were still dependent on the expertise that was either from expert designers or crowdsourced. Their conceptual expansion algorithm is the first system that’s actually capable of “learning” the underlying design and mechanics of a game, its rules and components. It does this by analyzing video game levels in an already existing game, and converts this data into creating a new game environment, with its own objects and rules. 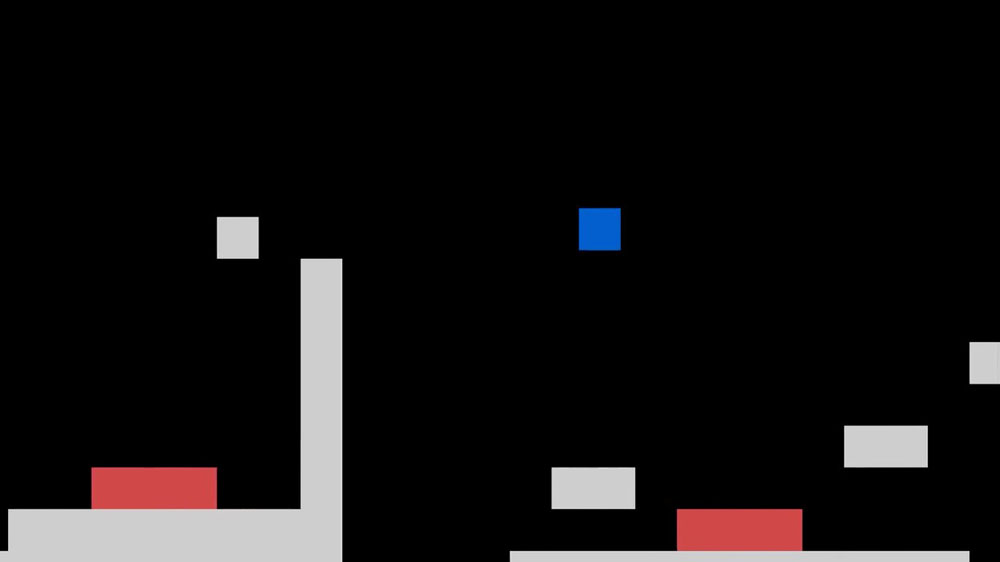 “The process is as follows: we take as input gameplay video and a sprite sheet,” wrote the researchers. A sprite sheet is a collection of all of the images or sprites in the game, including all background art, animation frames, and components of level structure. “We run image processing on the video with the sprite sheet to determine where and what sprites occur in each frame,” they write. “Then, we learn a model of level design and a ruleset for the game. We then merge the representations of level design and game ruleset into what we call a game graph.” 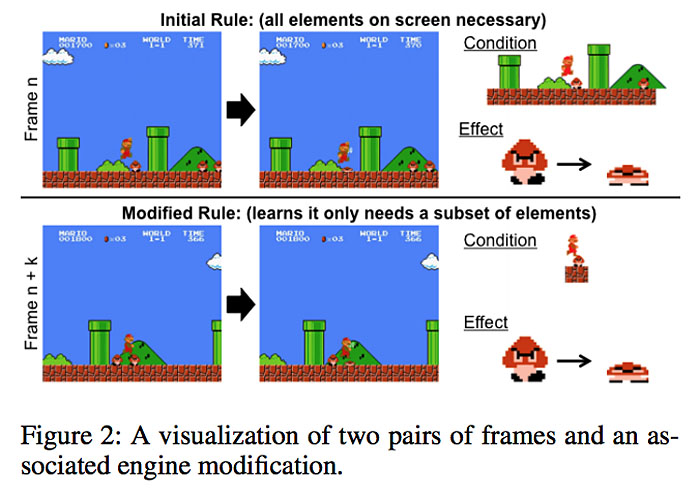 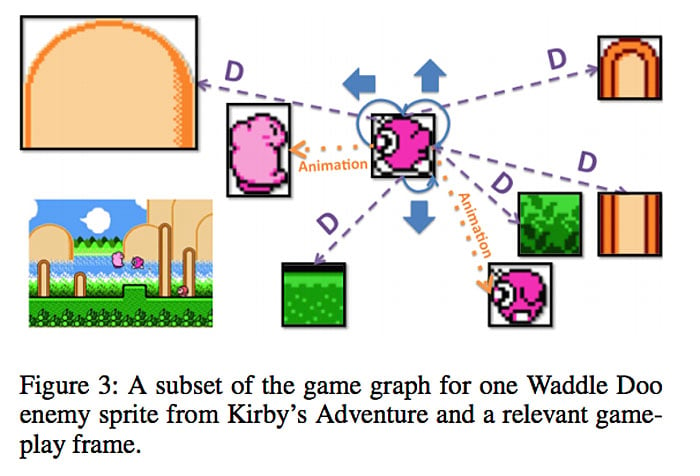 For the team’s experiment, the AI analyzed gameplay from three games: “Super Mario Bros.,” “Kirby,” and “Mega Man.” The “game graphs” from these games provided a way to describe the inter-relationships between these games, creating a schematic for the conceptual expansion algorithm to then use to extrapolate a completely new game. In this sense, the team’s combinatory algorithm differs from previous, rule-based machine learning models in that it is designed to work on “noisier”, more complex representations, such as those found in these game graphs, and is capable of optimizing the process for particular game design goals.

After analyzing the games, the algorithm came up with pretty interesting games: the first one being “Killer Walls” (seen in the video below), where the main player — as indicated by the blue square — has to move and jump to escape from large, red walls that kill on contact. For the second game, called “Death Bounce” (seen above), the player has to advance through the level by jumping across — it’s not that easy, as each time the player lands on the ground, it causes part of the ground to disappear. It’s evident that the algorithm was able to combine some of the basic elements of the analyzed games — such as horizontal movement across the screen and how objects are interacted with — to create a new game of its own.

It’s clear that the AI has some ways to go before it’ll be creating more refined games, but it’s evident that AI could have huge potential someday in assisting human game developers in automating parts of what is currently a pretty complex design process that sometimes requires teams of hundreds of people, likely streamlining game development and producing even better games.