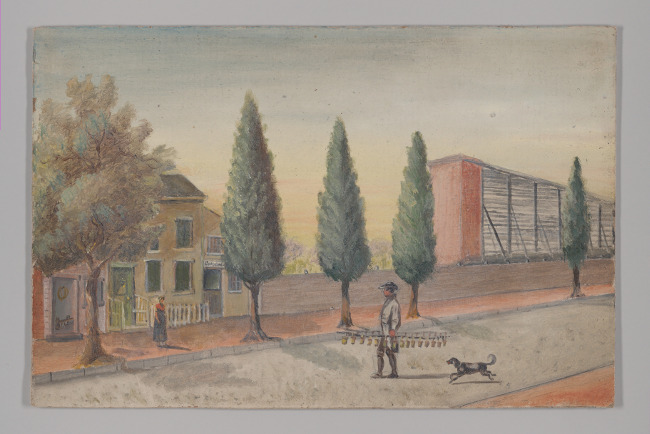 Wall Street money managers are now being replaced by computers.

Last week Bloomberg spoke to 45-year-old Rishi Ganti, founding partner of Orthogon Partners, who bluntly told money managers that “Algorithms are coming for your job … Algorithms are already reading, processing, and trading the news even before the photons have hit your retina.”

In another article, Bloomberg even provides a specific example — BlackRock, the world’s largest money manager, which just fired 30 people from its active-equities group earlier this year, reporting that its CEO “now sees computer models and data science as the future of active equity management.” BlackRock is now spending roughly $1 billion “on technology and data” to power their funds, according to reports from the company’s chief financial officer.

In fact, there’s already $500 billion being managed in “systematic funds,” according to estimates by Barclays, and a third Bloomberg article notes that the figure represents about 17 percent of the entire hedge fund industry. They call automated-investing funds “the fastest growing segment of the hedge fund universe,” and suggest that it’s nearly a third of hedge fund assets that may already be traded by algorithms.

According to the last article, an analysis of 1,070 quantitative investment funds shows they “cumulatively underperformed their benchmark by about 1 percent since March 2016 and are flat this year.” But there’s also been some notable success stories. This year while the S&P 500 rose just 5.3 percent, the algo-driven Quantitative Investment Management fund returned 55 percent on its $1.2 billion in investments. And Ganti says that the reason hedge funds are interested in algorithmic trading is obvious: it’s just plain cheaper for firms, where 20 percent of profits currently go towards paying the salaries of hedge fund managers. In a world where investors are demanding lower and lower fees, the algorithms have helpfully waived their salary, asking only for electricity.

David Autor, an economist at the Massachusetts Institute of Technology, now sees a future in the world of finance with “much of the routine work done by machines,” telling Bloomberg that while a few human “superstars” may still be able to command large salaries, his bottom line is “It’s not a great era in which to be a mid-level fund manager.”

Meanwhile, Ganti now predicts the hedge fund industry will continue shifting to computer oversight — he estimates between 2 percent and 7 percent will move every year — and says he’s surprised asset managers aren’t rushing to establish themselves in niche investment areas like drug royalties and aircraft leasing, as well as more human-intensive areas like corporate mergers.

Ganti “explains that many of his peers don’t yet realize their careers won’t last,” Bloomberg writes.

But Ganti is a man with a plan. He’s now focusing on what Bloomberg calls “esoteric” assets — the more obscure the better — and Ganti’s investments certainly seem unconventional. He has found sources of income from alternative funding for charter schools, a collection of judgments due at Brazil’s supreme court, and nonperforming loans at a discount in Portugal, among other sources.

Bloomberg describes the assets as “risky by nature” and hard to properly value, with their common trait being they all have to be carefully overseen — what Ganti describes as “high human capital.” One asset management company that invests in Rishi Ganti’s fund tells Bloomberg “you can’t get further away from public markets and computers than what Rishi does.” But in a world where algorithms are replacing money managers, it may ultimately represent the safest possible career move.

Yet the article also makes an even more important observation: that the popularity of algorithmic fund managers is “due to the same technological advances that are disrupting most industries.” Ganti’s former boss — hedge fund founder David Siegel — tells Bloomberg he’s “very worried” that large chunks of the global workforce could lose their jobs to machines.

And the thrust of the piece was clear from the image at the top of the page, which showed a plaque on a desk with three lines of pseudocode: