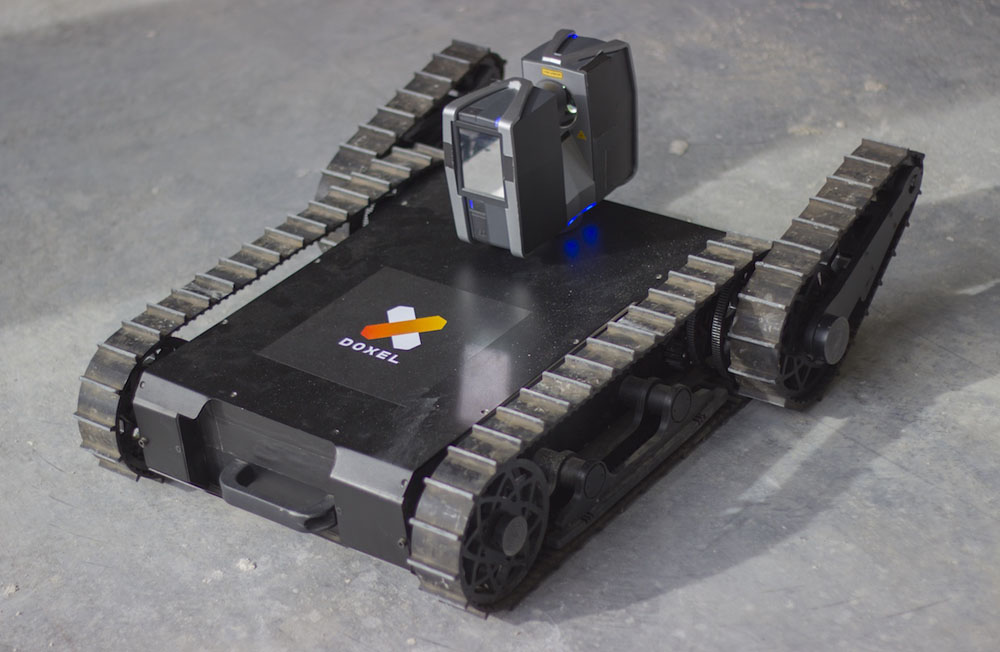 Despite recent advances in computer-aided design, fabrication and project management, construction remains one of the most inefficient industries out there. According to analysts, a staggering 98 percent of large construction projects on average are delivered at 80 percent over budget and 20 months behind schedule. Even in countries with a reputation for efficiency, such as Germany and Japan, construction industry productivity has remained stagnant, while in the United States, it has actually dropped by half since the 1960s.

There are a number of broad-ranging factors behind this sad state of affairs, but Palo Alto, California startup Doxel is aiming to boost overall productivity by introducing autonomous, LIDAR-equipped robots and human-supervised airborne drones onto construction sites. The idea is to these deploy these machines daily so that they can use pulsed laser lights to monitor, track and map the progress of the day: what got installed, whether it was installed properly and whether overall productivity targets are being hit. See one of Doxel’s robot in action:

While humans typically try to manage such aspects on any given project, Doxel’s machines can detect and assess incorrect installations much more accurately than their human counterparts, thanks to their lasers and 3-D vision technology. 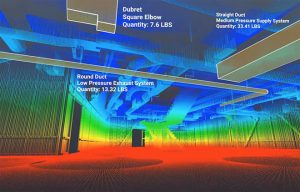 This information is laid out in a highly accurate and labeled three-dimensional map, then sent to the cloud, where it’s processed and analyzed by Doxel’s 3-D semantic deep-learning algorithms. Human managers are then alerted immediately of any issues, so that they can be fixed right away, instead of weeks (or even months) down the line.

Doxel’s robot- and AI-assisted approach to construction project management would address one of the factors behind lagging on-site productivity: spotting errors before they compound progressively into big, expensive headaches much later, which ultimately end up adding to a project’s budget overruns and late delivery. 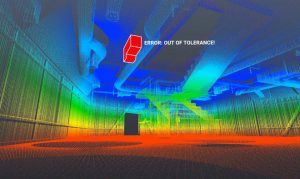 “You can’t improve what you can’t measure,” said Doxel CEO and founder Saurabh Ladha.”Without real-time visibility into quality and progress, managers simply can’t boost productivity. Our turnkey solution literally tracks progress for hundreds of thousands of line items in project budgets and schedules, comparing actual performance to original plans. This is transformative for an entire capital project team. With Doxel’s system in place, project managers can react in minutes, not months, increasing productivity by [as much as] fifty percent and bringing in projects twenty-five percent under budget.” 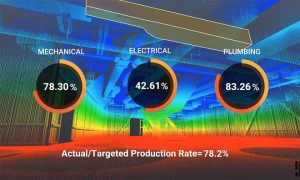 These figures aren’t too far off the mark; in a recent project for a medical office building in San Diego, California where Doxel’s 3-D-scanning robots was utilized for 4.5 hours every day, productivity was increased by 38 percent and the project ended up coming in at 11 percent under budget, therefore saving money and time.

It might not seem like much, but in an industry that is valued at $10 trillion dollars worldwide and yet hasn’t seen considerable gains in productivity for decades, it could be potentially game-changing.

According to the company, these relatively impressive improvements are made possible by their software, which is capable of differentiating between the complex set of interior components on any given construction site, ranging from plumbing, to electrical wiring and ventilation ductwork. All these items can be scanned three-dimensionally and mapped into Doxel’s cloud of data points, which are accurate up to 2 millimeters.

“Construction projects involve millions of similar-looking components, packed tightly together in a dark environment,” said Doxel Chief Technology Officer and co-founder Robin Singh. “It’s a Molotov Cocktail of challenges for computer vision software. Usually, the amount of training data such an algorithm would need would be enormous, and even then, the results may not be reliable. With our proprietary 3-D semantic algorithms, we’ve been able to get more reliable results with a fraction of the training data. Our algorithms recognize and contextualize objects not just based on color, but also based on shape, location and size.” 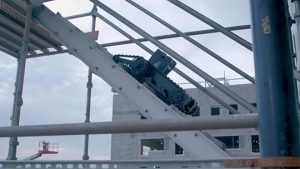 Using such feedback systems to boost productivity in the construction industry seems to appeal to investors: recently, the company managed to secure $4.5 million in funding. They now plan to offer their services on projects with a contract value of more than $20 million, but it’s likely that in the future, such systems will become widespread enough that they could be employed on smaller commercial and residential projects. Along with developing technologies in additive manufacturing, self-assembly, augmented reality, open source automation and artificial intelligence, the building industry is poised to get a makeover in the coming years, creating buildings that are built more efficiently, are designed to be safer, more energy-efficient, sustainable and innovative.