Through the use of machine learning tools, hospitalization outcomes were optimized by leveraging patients' detailed demographic, laboratory, clinical and procedural data, which is routinely collected by hospitals.
Sep 25th, 2020 10:19am by Kimberley Mok 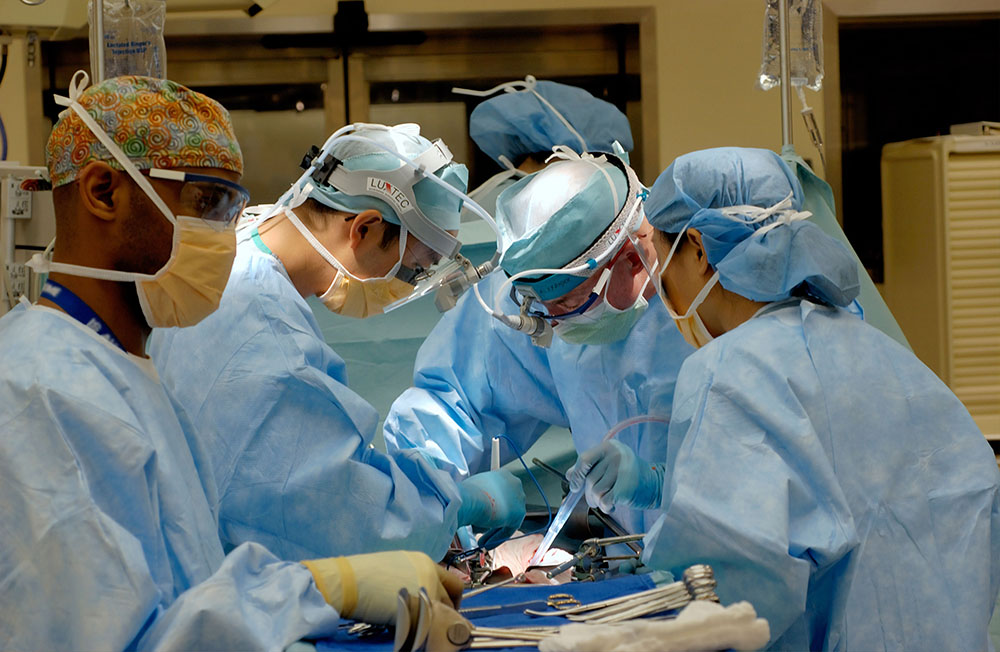 Going to the hospital and undergoing surgery can be a stressful experience. But what is even more stressful is being hospitalized again, not long after an operation is done, perhaps due to unexpected complications from surgery. Not surprisingly, such hospital readmissions can cost the U.S. healthcare system millions of dollars each year.

With a variety of factors that might lead to a patient ending up in the hospital again after surgery, one can imagine that it would be difficult to find an ideal solution to a potentially complex situation. But new findings from a team of Boston University and MIT researchers now suggest that artificial intelligence (AI) may be used to analyze patient data in order to reduce readmission rates, by determining preventative, pre-operative procedures that might help achieve that goal — in this case, a blood transfusion prior to surgery.

As outlined in their study titled “Prescriptive Analytics for Reducing 30-day Hospital Readmissions after General Surgery” and published in PLOS ONE, the team’s aim was to reduce readmission costs. Through the use of machine learning tools, hospitalization outcomes were optimized by leveraging patients’ detailed demographic, laboratory, clinical and procedural data, which is routinely collected by hospitals. Such data can be used to predict whether patients will be readmitted, and thus can also be utilized to make specific recommendations or “prescriptions” in order to prevent readmissions.

“Short-term hospital readmissions are an important metric of healthcare quality with significant implications to the cost of healthcare in the U.S., but also financial implications to individual hospitals,” explained study co-author Ioannis Paschalidis, a professor of engineering and director of the Center for Information & Systems Engineering at Boston University. “Previous work has focused on predicting readmissions. In this work, we developed prescriptive methods, seeking to understand and recommend specific actions with the potential to reduce readmissions.”

In particular, the researchers focused on assessing patients’ hematocrit — the proportion of blood that is made up of red blood cells, in terms of volume. It’s a commonly measured attribute that is also vital for assessing readmission risk. Lower hematocrit levels may indicate a higher possibility of the patient developing complications after surgery. In this case, one effective solution would be to give a patient a blood transfusion before their operation to increase hematocrit levels, thereby reducing the likelihood of the patient going back to hospital later on.

The overall idea here was to develop what the team calls “prescriptive analytics”: using data and AI to not only predict how things might go for a patient post-surgery, but to also “prescribe” remedies that would most likely tilt circumstances toward a more positive outcome, and seeing how that would affect readmission rates.

“Prescriptive analytics is a new term we introduced,” said Paschalidis. “Most traditional machine learning is learning from data to predict a specific outcome, say readmissions. With prescriptive analytics, we are posing and answering ‘what-if’ questions. In our study, we are asking what if we could provide limited blood transfusions to specific patients who need it before surgery, and then predicting what the impact on the overall readmission rate would be.”

The team’s model was designed to have both predictive and prescriptive components, and was trained on data culled from more than 700,000 surgeries. By taking into account factors like underlying medical conditions prior to surgery, as well as post-operative factors like complications resulting from surgery, the predictive part of the team’s model evaluated how these conditions affected current rates of hospitalization. Then, the prescriptive part of the model was able to help the researchers pinpoint which factor would be the best one to focus on in order to reduce that rate — in this case, hematocrit levels.

With all variables considered, the team’s model was able to achieve an accuracy rate of 87% in predicting readmission after 30 days. They also found that personalized interventions — like blood transfusions — lowered readmission rates by 12%, which the team says would translate into annual cost savings of $20 million per year in the US.

“We were surprised by the accuracy of readmission predictions, which we attribute to having access to a really massive dataset,” noted Paschalidis.

It’s likely that AI will be increasingly incorporated into the practice of modern medicine, whether it’s for making a diagnosis, or for predicting new and dangerous drug interactions. In this instance, AI is being used to analyze and adjust modifiable variables, resulting in a more personalized approach to preventative treatment that will ultimately enhance outcomes.

SHARE THIS STORY
RELATED STORIES
AWS Inf2: A 12-Chip System for Large-Scale ML Production Google Touts Web-Based Machine Learning with TensorFlow.js Data, Analytics and AI: What Will Happen in 2023 How to Lower Your Company‘s AI Risk in 2023 Why So Many Organizations' Artificial Intelligence Initiatives Fail
SHARE THIS STORY
RELATED STORIES
Generative AI: How Companies Are Using and Scaling AI Models How Ray, a Distributed AI Framework, Helps Power ChatGPT Why So Many Organizations' Artificial Intelligence Initiatives Fail Why Your Kubernetes Ship Is Sunk without Machine Learning What Data Management Pros Expect to See in 2023
THE NEW STACK UPDATE A newsletter digest of the week’s most important stories & analyses.
The New stack does not sell your information or share it with unaffiliated third parties. By continuing, you agree to our Terms of Use and Privacy Policy.