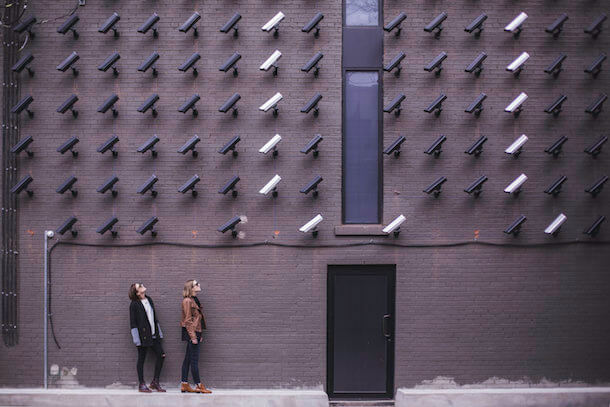 For its new set of cloud services, Chinese internet retailer Alibaba is looking beyond its homeland to offer its Alibaba Cloud internationally, as an alternative for companies worried about storing their data in a U.S.-based service provider, such as Amazon Web Services.

In addition to the China mainland, the company is focusing on markets in Singapore, the Middle East and Japan. With a reported 577,000 paying customers at the midyear point, Alibaba Cloud has data centers in Hong Kong, Singapore, mainland China and the U.S., with plans to expand data centers to the Middle East, Europe, Japan and Australia.

And Alibaba is doing more than replicating an Amazon Web Services-like model for wholesale. The company has built a web services infrastructure that mirrors many of the offerings from AWS, but also offers a unique set of security and cloud database services, and is keen to show its machine learning and artificial intelligence expertise.

It’s a company worth watching. A recent report by Chris Bryant in Financial Times (subscription required) reported that across Europe, 10 percent of the non-U.S. members of the Cloud Security Alliance plan to move their data out of U.S. cloud providers.

More businesses are now asking where and how their data is stored in specific locations, said Jim Snabe, former co-CEO at SAP, in that article. SAP has recently entered a partnership with Alibaba Cloud, easing the path for SAP customers to run their systems on Alibaba’s cloud platform.

That could be good news for Alibaba Cloud, except for the fact the article also asserted that China is even more of an espionage threat than the U.S. So any Chinese-based data storage solution will still have its challenges convincing some markets that it can be trusted.

Perhaps that is why Alibaba may be starting with international markets where there may be more wariness about storing data in cloud infrastructure managed by U.S. companies. In recent months it has sponsored competitions in Singapore and Dubai to encourage local startup ecosystems to use their cloud infrastructure products.

The Dubai winner, Marhababy — which provides gift boxes to new mothers in the United Arab Emirates — runs its service on Alibaba Cloud.

AWS already has some presence in the Middle East cloud market, according to data distilled from the Clearbit Discovery API. In the United Arab Emirates, industries using Amazon’s EC2 product are mostly in the consumer and IT (software and hardware) sectors. Finance services and energy companies are less likely to be using EC2. It is difficult to know whether this is due to the security and privacy credentials that Alibaba Cloud is hoping will set it apart in the region, or whether it is due to the slower uptake of cloud infra amongst these traditional industry sectors.

Alibaba Cloud’s Anti-DDoS offering, which was designed to thwart incoming Distributed Denial of Service attacks, is part of its Elastic Compute Service, which competes directly with AWS’s Elastic Cloud Compute. This feature set includes regular scans for vulnerabilities like open ports, web SQL injections, and any process that aims to bypass the usual authentication approaches of any applications running on its servers.

Like other major service providers, Alibaba Cloud looks set to ensure platform capabilities for serverless environments as well. As TNS analyst Lawrence Hecht has pointed out, database-as-a-service is the key enabler of serverless environments, and Alibaba Cloud is pushing hard on its ApsaraDB offerings which include a cloud-based relational database system, as well as protocols for using ApsaraDB with Memcache and Redis.

The company has plans to expand its cloud computing across Asia Pacific and the Middle East, according to Vice President International of Alibaba Cloud, Yu Sicheng, who recently spoke on the Analyseasia podcast.

In that podcast, Sicheng described how Alibaba Cloud’s machine learning capabilities which led to the accurate prediction of the winner of China’s The Voice-like competition “I Am A Singer.”

There are still magnitudes of order in the difference between the level of uptake between Amazon’s cloud offerings and the size of the Alibaba Cloud community. Much of Alibaba’s offerings — such as an API marketplace — are yet to be built. But given the growth of Alibaba’s retail operations, this could be replicated in their cloud arm, especially as some markets look for alternatives to U.S. cloud computing service providers.