All About E: The Language that Infiltrated JavaScript

JavaScript owes part of its development to a retired open source language with a small community, called E.
Oct 21st, 2022 9:03am by Loraine Lawson 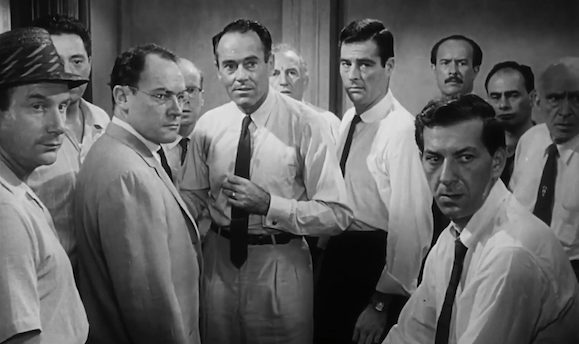 Doug Crockford is best known for his long-time work in JavaScript and for creating the JSON Data Interchange Format. His opinion tends to carry weight — and Crockford said it’s time to retire JavaScript.

“JavaScript, like the other dinosaur languages, has become a barrier to progress,” Crockford told IT outsourcing firm Evrone in an interview. “We should be focused on the next language, which should look more like E than like JavaScript.”

What is E? Wikipedia calls E “an object-oriented language for securing distributed computing,” and by design, E emphasizes security. But to learn more about E’s impact on JavaScript, The New Stack spoke with Mark Miller, the main designer of E, which he co-created with Dean Tribble as well as several Electric Communications colleagues, including Crockford, Doug Barnes, Dan Bornstein, and Chip Morningstar during the mid-1990s.

“Both Doug and I had a lot to do with the birth of the language,” Miller told us. “We were quite in love with the language that we had created.”

Miller considers the language itself dead — an open source language, E never attracted more than 100 users to the community, he said.

But E didn’t go softly into that good night — its influence is still seen in JavaScript today, thanks to the efforts of Miller, Crockford, and other members of the ECMAScript standards committee. Miller explained to The New Stack how E influenced JavaScript, how his company Agoric still puts the E ideas to use in DeFi with blockchain, and the additional aspects of E he’d like to see upcycled into JavaScript.

“Have you seen the movie 12 Angry Men?” Miller asked me. I have, I replied. “I think that movie is the best way to explain what the ECMAScript committee was like at the time that I joined Google.”

Crockford convinced Miller to join the committee in 2007 as an additional Google representative. The committee was focused on upgrading ECMAScript 3 to ECMAScript 4 but it wasn’t going well.

“The committee had been meeting continuously from 1999 to 2007 at this point, and they still did not have a successor standard. Most of the committee was focused on ECMAScript 4, which in my opinion was a horrible language,” Miller said. “Doug started off as the one holdout — the Henry Fonda character saying, ‘No, we will not agree on this.’”

JavaScript was messy, complicated and weird, but Crockford convinced Miller that ECMAScript 3 had the seeds for an E-like experience and that it had the core enabling elements that would allow it to become an E-like secure distributed programming language.

“I joined his revolt against ECMAScript 4, and that revolt had several other members by that time — just like in 12 Angry Men — he incrementally convinced the jurors to come over to his camp,” Miller said. Eventually, the revolt won. The successor to ECMAScript 3 became ECMAScript 5, the version designed by the revolters while the rest of the committee focused on ECMAScript 4.

“The ECMAScript 5 standard did have the enablers for using JavaScript as a straightforward, simple, secure programming language. We were both very proud of what we did for ECMAScript 5,” he said.

One fundamental aspect of E they brought over in ECMAScript 5 was support for the object-capability security model, he said.

The enablers they got into ECMAScript 5 enabled them to write the SES-shim, a library that brings about a secure language state, which is now called Hardened JavaScript, Miller said.

That step addressed a security problem: prototype poisoning, in which objects created in traditional JavaScript were all mutable and can be subverted to confuse or surveil other parts of a program by anyone who had access to them.

“One of the things that we do with freeze and with the other enablers that we got into ECMAScript 5 (Object.getOwnPropertyNames() and Object.getPrototypeOf() ) is we were able to write something we call ‘harden(),’ which is a transitive freeze that walks an object graph, freezing all of the objects that it finds by doing property traversal. We were able to enumerate all of the primordial objects, all of the objects that JavaScript programs within the same environment implicitly share, like Array and Array.prototype, etc.,” Miller said.

“We did some repair on the committee so that the primordials didn’t have any hidden mutable state or hidden I/O abilities,” he said.

Everything that was implicitly shared is completely powerless and immutable, he added, so that sharing does not violate isolation.

Another crucial enabler was the ability to virtualize all I/O. One of the beautiful and under-appreciated aspects of JavaScript, Miller said, is that the language is about computation — not about I/O. JavaScript programs express I/O by performing a global variable lookup of a host-provided object, like “document” in the browser or “process” in Node.

Hardened JavaScript is what Agoric still uses today. Agoric writes most of their code within a disciplined subset of Hardened JavaScript called Jessie (a name intended to evoke a combination of JS and E). Jessie emphasizes Crockford’s objects-as-closures pattern as an alternative to JavaScript’s inheritance mechanisms.

Another important aspect of E ported to JavaScript is non-blocking promises, which E was the first language to have, Miller said. Promises happened in ECMAScript 6 and those promises are directly based on E promises.

JavaScript’s promises only provide for local asynchrony out of the box, but Agoric’s Endo libraries extend them to also provide E-like distributed object-capability security over cryptographic protocols, making JavaScript into an E-like distributed secure language.

ECMAScript 6 introduced E’s non-blocking promises. But ECMAScript 6 also introduced classes and became at least twice as big … and kept growing, Miller said. It became more complex, an anathema to both Miller and Crockford. While Miller stayed, Crockford left the committee, essentially seeing JavaScript as a lost cause, according to Miller.

”I do not see it as a lost cause,” he told The New Stack. “I’m very proud of what we’ve continued to accomplish in the efforts of the committee, enabling us to use it as an E-like distributed secure language.”

SHARE THIS STORY
RELATED STORIES
Service Simplifies Natural Language Processing for Developers The Race to Be Figma for Devs: CodeSandbox vs. StackBlitz Cloud Lessons to Help Developers Improve ESG Impact Augmented Reality Is the New Frontier — Time to Get Serious about Standards Developers Get a Quick-Start to Coding with Replit IDE
SHARE THIS STORY
RELATED STORIES
'Gatsby Killer' Next-Drupal Brings Headless to Drupal CMS How Web Tech Got This Way and How It May Evolve in the Future Microsoft Aims to Bring DevOps Discipline to Web3 Kelsey Hightower on Software Minimalism and JS Frameworks How to Build Your Own Decentralized Twitter
THE NEW STACK UPDATE A newsletter digest of the week’s most important stories & analyses.
The New stack does not sell your information or share it with unaffiliated third parties. By continuing, you agree to our Terms of Use and Privacy Policy.