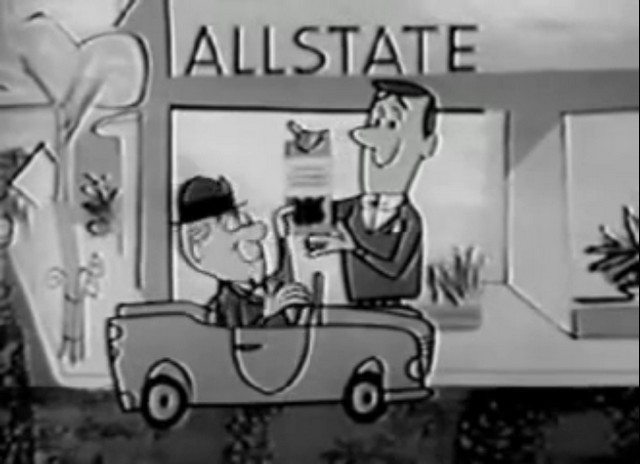 Allstate has transformed before. You see, it was originally a tire.

Back in 1925, the Sears, Roebuck & Co. catalog kept a regular rapport with its remote customers by holding regular contests. In one such affair that year, customers were asked to name Sears’ new line of tires, and Allstate was the winning entry.

Soon after Sears opened up its first retail department store that year, its chairman, Robert E. Wood, had the idea of expanding the brand to other Sears automobile-related items. The store began offering insurance policies, and the Allstate name was applied to them. (In 1952, Sears would resell a Kaiser-Frazer automobile line under the Allstate name. So, Allstate has been a car.)

Allstate’s direct involvement with the development of modern software dates back to 1957, when it began running its back-office operations in Pasadena, California, on IBM System 370 computers. Those systems would remain in operation until 1974, when the company (still a Sears division) took an early investment stake in Amdahl, one of the world earliest applications software builders, formed by a former IBM System 370 engineer who had fled that company. Historically, Allstate has always been among the earliest adopters of digital applications.

Today, Allstate is steering itself through yet another era of cultural and business changes. But if anyone’s a veteran of digital transformation, it’s Allstate.

When Allstate began embracing lean and agile ways of developing new customer experiences with cloud applications, unsurprisingly, the approach it took was unique. Rather than starting in one location and rolling out its new modus operandi location by location, it leveraged its global presence to devise new methods of keeping disparate teams in sync, collaborating, and participating in the company’s transformation together.

“We went in really big on change starting in 2015 — really systemic change,” Opal Perry, Vice President and Chief Information Officer for Claims at Allstate, tole me. That change starts with being customer centric, she said, focusing on customer and user driven development. “We need to get direct to the heart of our customer and direct to the heart of our employees who serve the customer,” she said.

To succeed in implementing its vision for the 22nd century corporation, Allstate needed more than new labs and training. It also relies on platforms and technologies that digitally enable teams to evolve from a product-by-product mindset for developing new products, to a more holistic mindset.

The company began this mission at its operations center in Belfast. 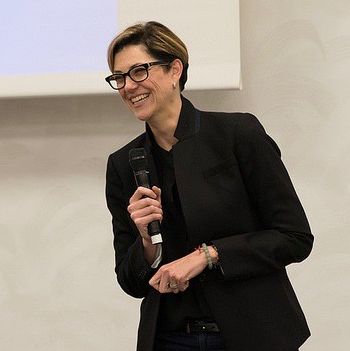 Abby Kearns
Abby Kearns is the Executive Director for the Cloud Foundry Foundation. She is a true tech veteran, with an 18-year career spanning product marketing, management and consulting at a mix of Fortune 500 and startup companies. At the Cloud Foundry Foundation, Abby was responsible for structuring and executing operational and strategic initiatives, as well as leading the User Advisory Board and Industry Special Interest Groups. Prior to joining the Foundation, she was part of the product management team at Pivotal, focusing on Pivotal Cloud Foundry.

Having conducted operations from Belfast since 1999, where it employs some 2,300 workers today, Allstate is Northern Ireland’s largest tech employer.  Perry relocated to Belfast for almost two years to oversee Allstate’s International division, which includes both Northern Ireland and India.

When Perry arrived there in 2014, almost 800 of the staff were working in developer roles.  They were beginning to use Cloud Foundry, and were starting to adopt lean and agile ways of working to initiating digital transformation across locations. “This is a very different approach than many companies who choose to start in one location and build success out over time,” she said.

Perry’s team worked with Pivotal Labs London on its first application for Northern Ireland, and with Pivotal again later as it established offices in Dublin, in the Republic of Ireland. “It’s been exciting to see Cloud Foundry adoption and the XP practice spread across the island of Ireland,” she said.

Why Ireland? Both brand awareness and partnerships with the local universities has helped ensure Allstate was able to recruit top talent. Allstate Northern Ireland has recently established a center of excellence for cyber security, commanding the biggest security team in the country.  Its approach to benefits and flexible working has also been a big draw for talent, as they can achieve a good work / life balance.

Being willing to adapt means examining current processes and making changes, not just in the tools, but in employees’ work environments. So Allstate created a global network of Agile Extreme Programming (XP) development hubs with new workspaces — including pods for product teams and paired programming spaces–worldwide. It dubbed these hubs CompoZed Labs. So far, Allstate has CompoZed Labs in Belfast, Londonderry, Tempe, Bangalore, Charlotte, Dallas, and near its home base in Chicago and Northbrook, Illinois.

“Given the scale of our enterprise — we serve over 16 million customer households — and given the accelerating pace of change and opportunity, it didn’t make sense to confine our CompoZed changes to just one location,” Perry said. “By changing the way product teams work across locations, we achieved sustainable scale for this new and powerful way of working.”

CompoZed moved its people from separate functional teams to lab settings, where they have plenty of space to work things out and experiment, Perry said. Screens in the labs visibly track the pipeline, and keep everyone in sync. “I can just walk through a lab that may have many projects and see right away what’s humming on green, what’s red, and see who’s working on it,” Perry said.

With these new labs, Allstate also initiated training to help developers get up to speed on cloud-native methods. As momentum grew, the company wanted to scale much more quickly. So it collaborated with Denver-based technology training group Galvanize to create a 12-week in-house boot camp, called the CompoZed Accelerator. Here, team members are trained on XP methods, new tools, Cloud Foundry, and other technologies. Allstate has put several hundred people through this training globally.

How can this training happen without slowing down this tremendous engine of business change that has to accelerate just to keep going? Rather than interrupt their work and drop them back in after the training, trainees bring tasks from real product backlogs. Developers, product managers and designers all participate.

“Starting in week five, they start co-developing,” Perry said.  In the time it used to take to discuss and debate and outline an estimated plan — not to mention getting infrastructure provisioned — they have people spinning up and working. “The platform enables it, the training and tools enable it.,” Perry said. “It’s a holistic environment of creating this.”

Belfast was the site of the group’s first cohort in October of 2015, graduating 30 engineers with five new products by the following February. “This was a really transformational experience for both our business and the individuals who embraced the new way of working, a number of whom have worked for us for more than 12 years,” Perry said.

“Having such a talented base of engineers who have accumulated such in-depth knowledge about our business over the last twenty-plus years is a huge advantage for us,” she continued, “as is the diversity of thought we have from engineers of different backgrounds and cultures working across our labs locations.”

With members of its teams spread across multiple time zones, it’s really important to sustain strong communications practices, Perry said. Team members stay in touch and collaborate via Slack, Appear.in, and Screen Hero; and they share information using videos and internal blogs.  Local labs have standups to keep in sync with product and enterprise information, events, and news.

Yet many of the goals for building global teams are the same as for local ones. A shared purpose, clear vision and goals, using time wisely, respecting each individual, are still important, though they become even more critical when you don’t have hallway conversations to help fill in the gaps in good practice.

Perry recommends leaders take the time up front to travel to the locations and spend enough time — more than a few days, perhaps even a few weeks on a first visit — to get to know the people and to consciously establish the culture that will be shared across sites. “This helps build empathy, which is so essential to successful product development,” she said. “Empathy across locations, across roles, with users and customers.”

Now Allstate is looking ahead, envisioning the 22nd-century corporation, with an eye toward making the insurance experience better for its 16 million customer households. When you have to make a claim, it’s probably not the best day of your life, but Allstate aims to improve that experience for its customers.

Want a good name for giving a small development team a grand goal with a global impact?  How about Allstate?

Title image of a happy Allstate customer receiving his new auto insurance policy, circa 1958, from a TV commercial now in the public domain.