Amazon Wants Everybody on Its Cloud 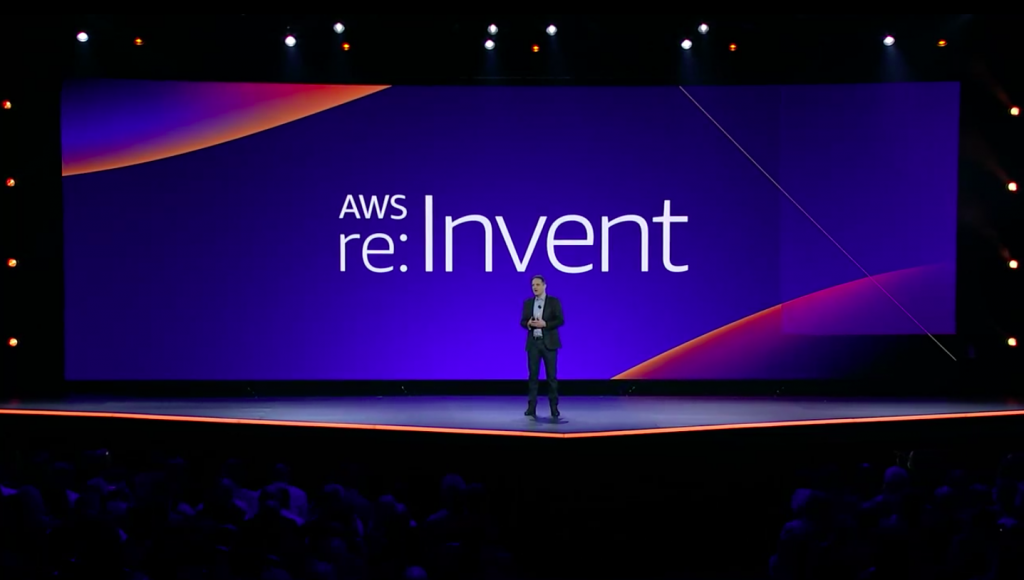 Amazon Web Services pulled out many not-so-huge rabbits out of its hat during last week’s Re:Invent annual user’s conference, as executives described largely incremental improvements AWS has made to its offerings while seeking to push volume sales as the world’s largest cloud provider.

While some of the announcements were geared for the operations and developers teams in DevOps, others were applicable to extend AWS’ cloud accessibility to the citizen developer or non-technical business user. Some also were particularly high on the “wow” factor for the non-technical user and could also even be fun sandbox projects.

AWS’s vision of the “everywhere cloud” was described by Amazon CTO Werner Vogels during his conference keynote, largely summarizing AWS’ ambitions. In a nutshell, AWS seeks to allow organizations to pay for the use of AWS’ infrastructure anywhere in the world where there is an internet connection, “where you can see all AWS services running transparently,” he said.

AWS’ announced few, if any, deal breakers that might have convinced an organization to go with AWS for its shift to the cloud, that might have otherwise been straddling the fence between choosing between AWS, Azure or Google Cloud, Torsten Volk, an analyst at Enterprise Management Associates (EMA), told The New Stack. Volk said that Amazon has mostly filled in portfolio gaps with new offerings and additions that looked more exciting on stage at the keynote than they ultimately turned out to be.

However, nobody dared to address multicloud or the fact that hybrid cloud includes more than just Amazon Outposts [for on-premises infrastructure], the big elephant in the room. “It almost seems like we have come full circle since in 2013 VMware underestimated the ‘bookseller’ in a keynote address that Carl Eschenbach would most likely want to erase from our collective memories,” Volk said. “Today, AWS might underestimate the reach of the ‘Windows OS’ seller and the ‘search engine company’ for many enterprise environments.”

WANs are still a thing? #AWS‘s CTO @Werner says AWS Cloud Wan lets organizations “build, manage, and monitor global traffic.” Will this work worldwide? What will the infrastructure be? And how is low-latency maintained? #reinvent @awscloud #reinvent2021 #keynote @thenewstack pic.twitter.com/kxOyPbwuZu

Wide area networks (WANs) linking data centers became a thing more than a decade ago and are now in demand for organizations seeking to connect their cloud and on-premises environments. In its announcements, AWS said its AWS Cloud WAN offers a central interface that enterprises can use to connect their on-premises branch offices, data centers and Amazon Virtual Private Clouds (Amazon VPCs) across the AWS global network in just a few clicks.

After selecting the regions you, all the remote users, sites and data centers will automatically connect to the geographically closest location using a VPN. “This is actually built for you in minutes using the big AWS backbone for a highly reliable and highly available software-defined WAN running over the AWS infrastructure,” Vogels said.

AWS’ no-code/low-announcements consisted of its release of Amazon SageMaker Canvas specifically as a no-code alternative for building for ML models and Amplify Studio for web-application development. Both tools are intended to help reduce the workload of either developers, data engineers, or both. Amplify Studio, for example, reduces (though not eliminate) the amount of code written for the AWS Amplify web development stack developers must create.

AWS says Amazon SageMaker Canvas allows business analysts to build ML models for predictions without having to know how to write code or have ML expertise. With the graphical user interface, business users can simply merge files from data sources in the cloud or on-premises in order to generate predictions for deliveries of goods, for example.

“AutoML is the most exciting topic in machine learning today, as it aims at significantly broadening the use of ML models and therefore fosters the much-talked-about data-driven culture,” Volk said. “Canvas is simply a frontend for simplified access to the AWS AutoML capabilities, but it does not seem to provide the contextual advice and guardrails necessary for business users to benefit from training and then using their own machine learning models.”

On the other hand, competitors such as H2O.ai, DataRobot or BigML offer very specific advice in terms of what parts of a data source should be transformed or excluded, and where additional data is required, and most importantly, what the limits of the resulting learning model are, Volk said. “While Canvas is clearly not ready for prime time just yet, I’m sure AWS is working hard on filling in some of these gaps, as it is clearly in their interest to create a ‘vending machine’ for machine learning models across the organization,” Volk said.

When datasets are distributed across multinational and multi-jurisdictional zones, AWS has sought to accommodate those organizations that have to localize data access and storage locally, depending on the geographical area. An organization, for example, might opt to offer an application that is subject to heavy regulations, such as stock trading or gambling with Amazon Elastic Kubernetes Service (Amazon EKS). They might seek to lock or unlock certain app features, depending on the legal jurisdiction, whether users might be located in Las Vegas or in Amsterdam.

As Vogels noted, AWS today offers 14 local zones for customers in which organizations can deploy separate VPCs, and control — through EKS, for example — specific app capabilities for apps for each zone. While not providing a specific timeline, Vogel said AWS was adding 30 new AWS zones in Europe, Asia and Australia.

“We will be expanding the local zones internationally across the world,” Vogels said.

Waiting for chip announcements, and here is: Announcing. #Graviton3. Curious to see what the actual performance metrics will be. #reinvent2021 #keynote @AWS @thenewstack pic.twitter.com/gMf4Xt2hti

AWS will “continue to bring more improvements to Graviton3 “as we deliver more and more instances,” Adam Selipsky, CEO at Amazon Web Services (AWS), said during the keynote leading off the event, without being more specific.

Build your own private 5G network without a spectrum license? This could potentially be really cool. @AWS‘ @aselipsky calls AWS Private 5G a “one-stop shop to manage a private cellular network that lets you start small.” #reinvent2021 #keynote @thenewstack pic.twitter.com/xARJroZD2a

Organizations might not have planned to operate their own private 5G in the near future without having to acquire a spectrum license and make major investments in mobile hardware and telecom infrastructure. However, AWS is making this possible, Selipsky said. While he did not specify whether such a network could be run anywhere in the world where different telecom laws and regulations apply, he described how AWS customers can simply auto-configure and set up a mobile 5G network “that can span anything from your corporate office to a large campus, the factory floor or a warehouse,” Selipsky said. “You just pop the SIM cards into your device and voila: everything is connected.

“You have all the goodness of mobile technology without the pain of long planning cycles, complex integrations and the high upfront costs. shockingly easy,” Selipsky said.

In summary, AWS announced nothing earth-shattering at Re:Invent. However, it did make dozens more announcements in addition to those described above, covering several different facets of cloud computing and meeting DevOps teams developer, operations and business needs.

“Based on the public response, serverless, machine learning, and 5G were the core topics of interest at ReInvent 2021. For example, providing additional serverless analytics services might not be a glamorous announcement, but it makes sense in that it is what people are looking for on a daily basis,” Volk said. “The same is true for the new machine learning ships (Trainium and Inferentia), more granular database security, and deeper DevOps integration for SageMaker Studio. None of these announcements was world-changing, but each one of them was a step necessary for AWS on their journey toward world domination.”