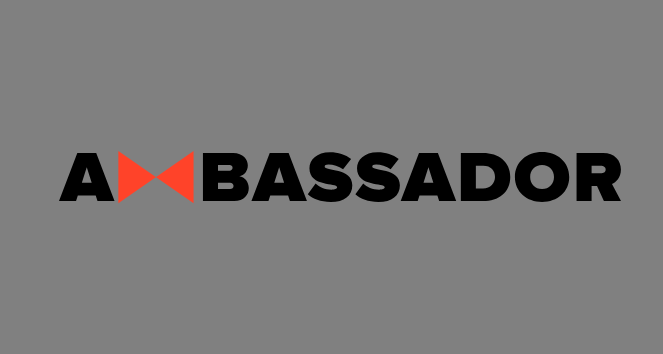 Ambassador Labs, Li said, is itself responsible for a number of those tools, and saw companies, again and again, trying to stitch them together to make their developers’ lives easier, before realizing that “we have the expertise to do this better than anyone, because we are actually using and maintaining the CNCF tools.”

Using that expertise, Ambassador Labs created Ambassador DCP, which brings together open source CNCF projects Envoy, Emissary-ingress, Argo, and Telepresence, as well as its own proprietary Edge Stack that’s built on Envoy and Emissary-ingress, to provide developers with a single location to code, ship and run their software. While Ambassador DCP is built using those tools, it also brings together a number of other tools, such as source management, continuous integration, manifest and container management, Kubernetes runtime and observability tools. 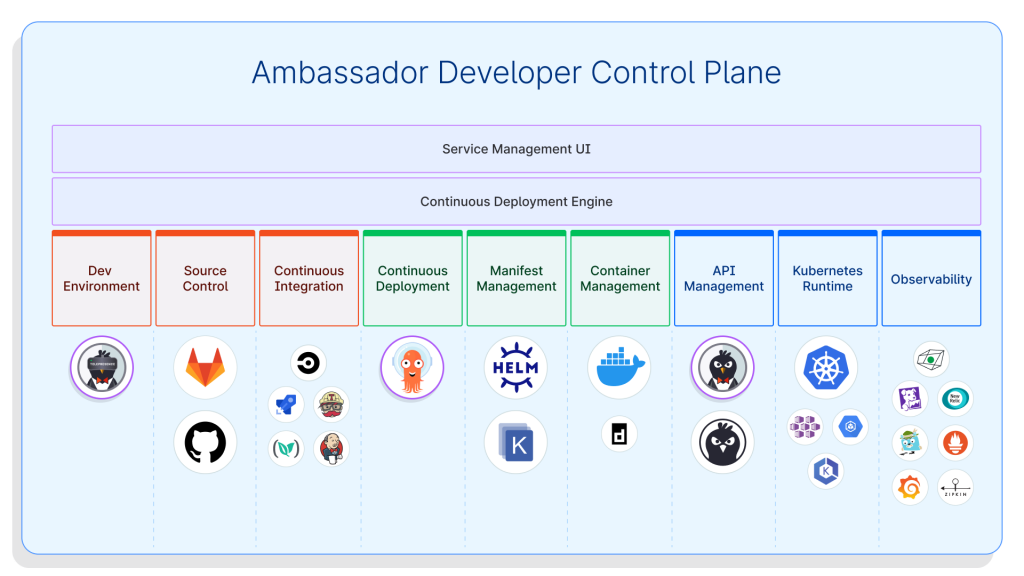 Ambassador DCP first helps developers by integrating Telepresence, which lets them run a single service locally while connecting that service to a remote Kubernetes cluster. In practice, this means that developers can use the IDE of their choice and can debug code as if it were running locally on their machine — something that they couldn’t otherwise do when that code is running on a Kubernetes cluster. Next, Argo helps developers to ship code and perform things like canary deployments, which Li explains also requires the help of Emissary Ingress and Edge Stack. Edge Stack then allows developers to observe and optimize traffic to their services, where any number of observability solutions are available. And all of this, Li explains, is done via a GitOps approach, wherein changes are made to a code repository that acts as the single source of truth.

“From an orchestration perspective, in terms of making changes in your cluster, what we do is we actually embrace a full GitOps workflow. When you want to make a change in configuration, you use the user interface in the developer control plane to make that change, but behind the scenes, the developer control plane is actually making a pull request or change in your source control repository,” said Li. “We’re actually integrating with your existing GitOps-based workflow, we’re not actually taking over and being yet another sort of source of truth or center of gravity. We’re just basically simplifying how you manage everything. So you could actually stop using the control plane, and you can just go back to writing your pull requests by hand, and there would be no sort of material impact other than it’s a lot more work.”

As for naming the project, Li said that companies like Netflix, Google, Spotify, and Yelp have been using in-house developer control planes known by various other names for a while now. However, the Ambassador DCP name borrows from the cloud-native trend of “control planes,” which itself takes its terminology from networking, and Li said it was an attempt at finding a middle ground.

“It’s not infrastructure software, it’s not a platform as a service, which is probably the closest comparison. It’s really this middle ground between your infrastructure and platform as a service,” explained Li. “What we’re doing in Ambassador is introducing a turnkey developer control plane. That doesn’t mean that it’s the only developer control plane on the market. There’s plenty of people who build their own from the CNCF tools, and we’re perfectly happy with that. We’re not trying to create this brand new thing from scratch. It’s really this concept of a control plane has started to come into the fore as more and more developers start using Kubernetes in the cloud.”

Currently, Ambassador DCP runs on Kubernetes in the cloud as a SaaS offering, but Li expects to release an on-premise offering later this year. For those considering Ambassador DCP, Li advised that companies just starting out with cloud native development actually hold off until they figure out what tools they really need and where they need to integrate them.

Ambassador DCP is free to get started, and then is provided on an annual subscription based on how many services are running and the overall size of the architecture involved. Looking ahead, Li said that they are “already getting tons of requests to integrate other parts of the CNCF stack” with Flux, the set of continuous and progressive delivery solutions for Kubernetes, leading the pack.

Mike is a freelance writer, editor, and all-around techie wordsmith. Mike has written for publications such as ReadWriteWeb, Venturebeat, and ProgrammableWeb. His first computer was a "portable" suitcase Compaq and he remembers 1200 baud quite clearly.
Read more from Mike Melanson
SHARE THIS STORY
RELATED STORIES
What Is the Docker .env File and How Do You Use It? Kubernetes App Deployment from the Command Line Data, Analytics and AI: What Will Happen in 2023 What TNS Readers Want in 2023: More DevOps, API Coverage Kubernetes Needs to Take a Lesson from Portainer on Ease-of-Use
The Cloud Native Computing Foundation is a sponsor of The New Stack.
TNS owner Insight Partners is an investor in: Ambassador Labs.
SHARE THIS STORY
RELATED STORIES
The Top 4 Threats to Securing Your Cloud Infrastructure Platform Engineering Won’t Kill the DevOps Star Kinsing Malware Targets Kubernetes Data, Analytics and AI: What Will Happen in 2023 Prometheus at 10: What's Been Its Impact on Observability?
THE NEW STACK UPDATE A newsletter digest of the week’s most important stories & analyses.
The New stack does not sell your information or share it with unaffiliated third parties. By continuing, you agree to our Terms of Use and Privacy Policy.