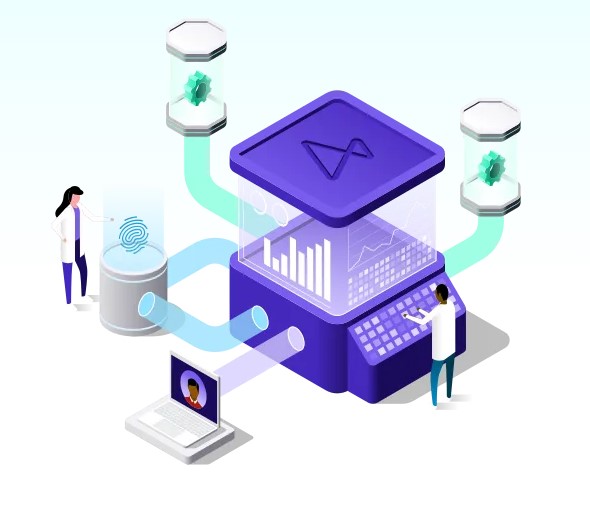 Ambassador Labs’ latest release represents an ambitious effort to help both the developer and the operations teams for Kubernetes deployments and management. For the developer with the Teams Edition for Ambassador Cloud release, improvements have been made so that — instead of a single developer uploading and updating code and applications for Kubernetes environments using the Ambassador stack — now entire teams can collaborate together concurrently when developing and deploying software as part of the CI/CD pipeline. The operations teams have benefited from gains in network performance for managing and uploading applications and overall connectivity with support for the HTTP/3 protocol and other improvements for version 3.0 of Edge Stack with full support for Envoy v3 APIs.

“We have two personas: developers and platform engineers,” Daniel Bryant, head of developer relations at Ambassador Labs, told The New Stack. “The engineers often set up the infrastructure and the developer’s expertise ranges from the super experts on Kubernetes to those wanting to be abstracted from Kubernetes to deliver apps. We focus on helping the developer do the latter and to make any friction points easier.”

As Little or as Much Kubernetes

With Ambassador, the platform engineers typically set up and install the infrastructure and do “the heavy lifting,” Bryant said. This sets the stage for the developer who can gain as little or as much Kubernetes as they would like. As previously reported, Ambassador can generate YAML files, which is one of the more cumbersome and tedious tasks for developers working with Kubernetes environments. “Many developers don’t want to write YAML,” Bryant said. “We make it so they can focus on the app code and not worry about YAML.”

After the platform engineers have configured Ingress, the developer selects the image and containers from a menu and can monitor the rollout of the code after making a pull request.

The main impetus of the release for developers is helping teams to scale for Kubernetes deployments with Ambassador. “We’ve now made it easier to go from one developer to entire teams,” Bryant said. “Developers are more comfortable with pre-configured solutions, we want to code ship and run it safely and securely for entire teams,” instead of limiting its use for single developers.

Ambassador Labs has improved network performance for Kubernetes application deployments and management by, among other things, adding HTTP/3 support to Ambassador Edge Stack v3.0. It has also added support to its stack for Emissary-ingress, the CNCF project originally donated by the company. This serves to help with the management and observability of traffic from the Internet to their Kubernetes services.

With 73% of browsers and over 25% of websites using the HTTP/3 protocol to exchange data on the web, HTTP/3 is especially beneficial for users with lossy networks, such as those with connections to cellphone, IoT devices or apps serving emerging markets, the company communicated. The increased resilience through rapid reconnection and the reduced latency from the new protocol benefits many different types of internet applications, including typical web browsing, e-commerce or the use of interactive web-based applications.

In a blog post, Bryant wrote: “It’s worth mentioning that with average packet loss on the Internet clocking in at 2%, investing in HTTP/3 support for your application can provide a forward-looking capability to handle any increased geographic-specific degradation in the network.”

With support for HTTP/3, network quality is thus “open to considerable improvement, depending on your use case,” Bryant told The New Stack, adding that Ambassador is the first edge gateway to support the protocol. “The big focus is on latency and lossy networks,” Bryant said.

With support for HTTP/3, network quality is thus “open to considerable improvement, depending on your use case,” Bryant told The New Stack, adding that Ambassador is the first edge gateway to support the protocol. “The big focus is on latency and lossy networks,” Bryant said.

BC Gain’s obsession with computers began when he hacked a Space Invaders console to play all day for 25 cents at the local video arcade in the early 1980s. He then started writing code for very elementary games on the...
Read more from B. Cameron Gain
SHARE THIS STORY
RELATED STORIES
Case Study: How BOK Financial Managed Its Cloud Migration New Ebook: A Blueprint for Supply Chain Security PurpleUrchin: GitHub Actions Hijacked for Crypto Mining The Missing Part of GitHub Actions Workflows: Monitoring Cloud Lessons to Help Developers Improve ESG Impact
TNS owner Insight Partners is an investor in: Ambassador Labs.
SHARE THIS STORY
RELATED STORIES
Does the GitOps Emperor Have No Clothes? A Look at Slack's New GitOps-Based Build Platform What Good Security Looks Like in a Cloudy World New Ebook: A Blueprint for Supply Chain Security The Missing Part of GitHub Actions Workflows: Monitoring
THE NEW STACK UPDATE A newsletter digest of the week’s most important stories & analyses.
The New stack does not sell your information or share it with unaffiliated third parties. By continuing, you agree to our Terms of Use and Privacy Policy.