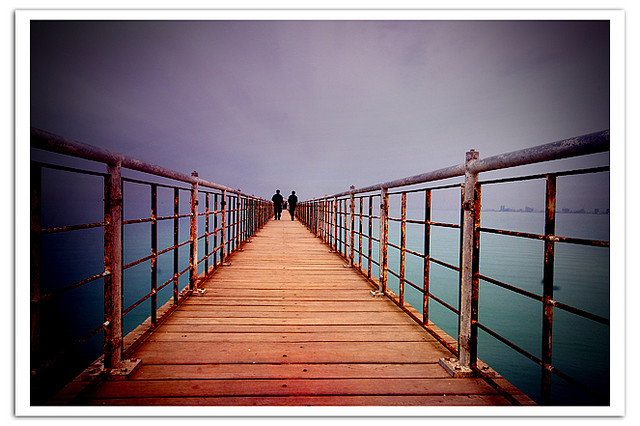 Like other vendors, VMware has been rushing to jump on the Docker train. It announced a partnership with Docker and other plans at VMworld last summer. Docker, meanwhile, is evolving as a platform and in December announced orchestration for multiple containers. It’s moving toward reduced reliance on infrastructure.

“You’re no longer going to need kind of separate operational tools to manage, deploy, monitor, and scale. All those operational functions can now be unified across the enterprise.”

While Google, Microsoft, IBM and other major players are jumping on the bandwagon, and also run containers on virtualized machines, potential reduced reliance on VM poses more of a potential threat to VMware’s core business – one it’s trying to get ahead of.

“Docker has made significant inroads on reducing complexity and offered greater simplicity and agility for developers. A lot of people in the industry are excited by that, and we’re all trying to figure out how to take what’s happening here and make sure it really works in practice for customers,” said Kit Colbert, VMware’s vice president and CTO of Cloud-Native Apps.

Docker isn’t a container technology itself, but primarily a container packaging technology used by developers – not a consolidation tool, the way VMware’s vSphere is used, according to Gary Chen, research manager for cloud and virtualization system software at research firm IDC.

That means it’s not a direct threat at this point, but could be if it develops into consolidation that’s more efficient than virtual machines, he says.

Docker’s wild popularity has been in making it faster and easier to deploy and manage containers across multiple clouds, though the VM players tout their more mature security and management capabilities. While Docker has been knocked on the security front, a recent Gartner report merely calls its security “immature,” but says running it on a hypervisor doesn’t help that much.

“Practically, I don’t think Docker is an existential threat to VMware, but a marginal threat. People will adopt containers … but the way I see it playing out is there will still be a lot of virtual machines everywhere. … Even Docker’s marketing now is ‘better together,’” he says of the line that VMware’s using.

VMware, meanwhile, is focused on making its customers’ container experience the best it can be.

Colbert highlighted the company’s Docker efforts since last summer as:

Its forking technology known as Project Fargo, which can clone a VM during a running process, originally grew out of desktop virtualization and is still be tested. “We think there’s a tremendous opportunity there,” he said.

He sees Docker’s and VMware’s efforts as complementary.

“The thing we’re really excited about is the potential for greater levels of automation. We’ve been talking for years about the notion of a software-defined data center, so the characteristics, the SLAs — all that can be defined by software, many times by APIs. So the great thing is that now you can say, ‘These are the SLAs that I need for my app,’ and the infrastructure goes out and makes those SLAs happen. It’s all automated…

“The container, next-generation architectures are the perfect complement to everything we’ve been doing with the software-defined data center,” he said.

Chris Swan, CTO at CohesiveFT in London sees Project Fargo as a potential “best of both worlds” technology, offering a lightweight virtual machine that looks and feels like a container – and can use Docker tools – but with VMware’s more mature security and management capabilities.

He notes that competitors’ Kubernetes-based services are still using virtual machines as a wrapper for containers.

“Nobody among the big public cloud offerings has yet announced a native container service, so you need to look at new entrants in the market such as Giant Swarm where you see that beginning to happen.”

VMware’s efforts, he says, are about hybrid solutions between the existing enterprise VMware environment and a new public cloud environment.

“Integration is the best solution short term, but I expect to see a lot of container runtimes coming up very quickly,” he said, mentioning CoreOS’s Rocket.

“Short-term, at least publicly, the best thing that VMware can do is make sure its hypervisor and management tools for VMs are the best that they can be. Maybe in secret they’re trying to do something else to create their own container runtime – that’s just speculation. I don’t think that would be a bad idea,” he said.

VMware’s response so far has been good, according to Chen.

“They’re trying to embrace new, disruptive technology. That’s much better than trying to ignore it or say it doesn’t work. Clearly there’s a lot of momentum, a lot of hype there,” he said.

They have to figure out what’s going to be the intersection – or not – of containers and VMs.

Despite Docker’s white-hot rise in popularity, it’s still early days for it yet, and enterprises are conservative and risk-averse, Swan pointed out.

“I think the one thing that’s going to hold back adoption is that things are changing so fast, and they want to wait for everything to stabilize before putting it into their production infrastructure,” he said. “I think that will keep enterprises running experiments with Docker, but will prevent them from making Docker a full-time part of their infrastructure.”

Susan Hall is the Sponsor Editor for The New Stack. Her job is to help sponsors attain the widest readership possible for their contributed content. She has written for The New Stack since its early days, as well as sites...
Read more from Susan Hall
SHARE THIS STORY
RELATED STORIES
Application Storage Is Complex. Can Automation Simplify It? 3 Container Practices to Boost Your Security Posture The Next Evolution of Virtualization Infrastructure Connect to Remote Docker Machines with Docker Context Can Observability Platforms Prevail over Legacy APM?
TNS owner Insight Partners is an investor in: Docker.
SHARE THIS STORY
RELATED STORIES
Tutorial: Deploy a Full-Stack Application to a Docker Swarm Tutorial: Deploy Acorn Apps on an Amazon EKS Cluster Can Observability Platforms Prevail over Legacy APM? Docker versus Kubernetes: Start Here Securing Windows Workloads
THE NEW STACK UPDATE A newsletter digest of the week’s most important stories & analyses.
The New stack does not sell your information or share it with unaffiliated third parties. By continuing, you agree to our Terms of Use and Privacy Policy.