An Architect’s Guide to Edge Storage 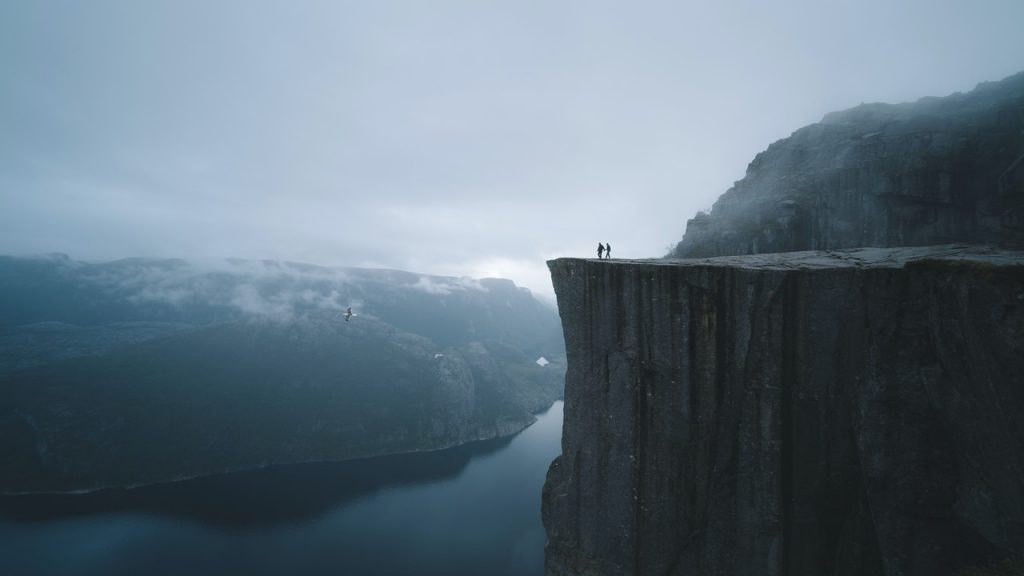 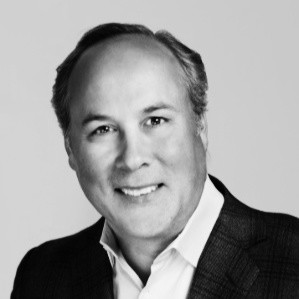 Jonathan Symonds
Jonathan is chief marketing officer at MinIO. Previously he was the CMO at Ayasdi and held senior marketing roles at OmniSci, AceMetrix and 2Wire.

The current generation of edge computing is still in its infancy. This is a remarkable statement given its size today ($6 billion) and expectations for growth ($61 billion by 2028). Nonetheless, with 5G just taking hold and the Internet of Things (IoT) economy exploding, the truth is we don’t really know how big it may become, or how quickly.

This installment in MinIO’s architect series (see also the guides to hybrid cloud storage and multicloud) focuses on storage at the edge. Handling data properly at the edge can ensure a scalable, cost-effective and secure infrastructure. On the other hand, failing to set up the right architecture can lead to data loss, security vulnerabilities and sky-high costs related to the bandwidth needed to transfer data repeatedly to and from the public cloud.

We aim to provide guidance to achieve the former.

Edge computing places content, data and processing closer to the applications, things and users that consume and interact with them. The primary challenge of edge computing is to achieve a bandwidth-optimized architecture that delivers performance, resilience and security, without massive investments in infrastructure.

Bandwidth is a key consideration from an architecture perspective, and the reason is clear: it is four times more expensive per gigabyte (GB) than storage (.023 vs. .09 on AWS for example).

The rise of the edge is a function of where data is growing. While much attention is paid to the data center, many analysts expect that within a year or two the data created by enterprises outside those walls will surpass those created within them.

The edge storage model is employed when the goal is to conduct processing and analytics on the edge, filtering out the noise and retaining/sending up just the insights and data associated with those insights. In this model, the application, compute and storage exist at the edge and are designed to store and process data in situ. The goal is not to store petabytes (PBs) of data at the edge; rather, this model envisions hundreds of gigabytes up to a few petabytes or so. Visually it looks like this:

At the most remote edge, you have the data-producing devices, coupled with storage and compute/analytics. The compute/analytics can range from something like a Splunk DSP (data stream processor) to a deep neural network model development, but the key point here is that there is ETL, processing and insight generation at the remote edge. These instances are containerized and managed with Kubernetes as data pipelines.

Kubernetes, a key enabler of edge architecture, effectively imposes the requirement that storage be disaggregated and object-based.

To complete the architecture, one would add a load balancer, another layer of Kubernetes, then have an origin object storage server and the application layer — training the models, doing large scale analytics etc. — in a more centralized location.

Restaurants like Chick-fil-A employ this model. It is used for facial recognition systems. It is the default design for manufacturing use cases as well as 5G use cases.

In each case, there is enough storage and computation on site or in an economically proximate location to learn from the data.

Let’s use an example of a car producing data from sensors, an area in which MinIO has considerable deployment expertise. The purpose of collecting data is to build and train machine learning models. Cars don’t have the compute resources internally to do the training, which is the most GPU-intensive part. In this case, the data is sent to an edge data center to build and train the machine learning models. Once the model is trained, it can be sent back to the car and used to make decisions and draw conclusions from new data coming in from sensors.

It makes sense to distribute the training and processing geographically to be as close to the devices as possible.

Eventually, that data will end up in the cloud (public or private). It will accumulate quickly and in the case of autonomous vehicles, it will be multiple PBs in no time. As a result, you will need the same storage on each end: at the edge and in the cloud.

While some conflate the edge with the private cloud, this is a mistake. The definition of public, private and edge are fundamentally blurred at this point. They each draw from the same set of practices: containerization, orchestration, RESTful APIs, automation and microservices. The “classification” is a function of what the architect is optimizing for: performance, economics, security, resilience, and scale.

Recalling the first rule of the edge, to treat bandwidth as the highest-cost component (4X on AWS), we come to our second core edge case: edge caching. Edge caching is not a new concept, as content delivery networks (CDNs) are decades old, but it is also one where object storage has again changed the rules. CDNs need to be tightly integrated into the object storage system to maintain the security and consistency model of the objects.

In this model, the edge serves as a gateway cache, creating an intermediary between the application and the public cloud. In this scenario, the gateways are backed by servers with a number of hard drives or flash drives, and are deployed in edge data centers around the world. It looks like this:

All access to the public cloud goes through these caches (write-through cache), so data is uploaded to the public cloud with a strict consistency guarantee. Subsequent reads are served from the cache based on ETAG (entity tag) match or the cache control headers. This architecture reduces costs by decreasing the bandwidth needed to transfer data, improves performance by keeping data cached closer to the application and also reduces the operational cost. The data is still kept in the public cloud, but cached at the edge, so it is still there if the edge data center burns to the ground.

With MinIO’s object storage gateway, one is also able to employ a shared nothing architecture with zero administration. You deploy it once and forget it. Adding a node, two nodes, 2,000 nodes — it does not matter, they are architecturally independent of one another and totally stateless. Just keep scaling. If a node dies, let it go.

The Attributes of the Edge

Regardless of which type of architecture you’re building at the edge, there are certain attributes that need to be built into any edge storage system, whether in an edge processing center, in IoT devices themselves or as part of an edge caching system. The first, as noted, is that the storage needs to be object-based and accessible over HTTPs. Object is the default pattern for the edge. File and block protocols cannot be extended beyond the local network.

There are, however, additional requirements for that object storage and they are as follows:

These architectures, and in particular the storage component, need to be able to fail in place. Drive failures will happen. Without the right architecture, drive failures can lead to data loss. In addition to losing data, replacing drives can be an operational nightmare because they require experienced technical staff to visit geographically distributed data centers and/or attend thousands of edge devices.

It’s crucial for the storage architecture to use self-healing and automation to ensure that data is safe even when drives fail and to automatically fail over to other data centers if all the drives in a particular edge location fail.

Software-defined storage solutions provide a measure of flexibility that does not exist with traditional systems. They can run on a variety of hardware platforms with equal ease and can be easily maintained from afar.

Further, software-defined storage solutions are superior for containerization and orchestration. As you may recall, it is impossible to containerize a hardware appliance. Given the need to spin up/down and grow/shrink edge solutions, a Kubernetes-friendly solution is a requirement.

Third, solutions need to be open source. This is a given for telcos who have long seen the value in open source (see O-Ran), but is also important to other industries where freedom from lock-in, freedom to inspect and freedom to innovate are all key to the selection process. Another underappreciated value proposition for open source is ease of adoption — that it is run in a highly heterogeneous number of configurations and is hardened in ways that proprietary software can never be.

MinIO delivers high-performance, Kubernetes-native object storage. Open source, software-defined and S3 compatible, they are optimized for the multicloud. MinIO runs across any public, private, colo or edge cloud and is performant enough for any primary storage workload, from databases to AI/ML.
Read the latest from MinIO

It’s impossible to treat drives at the edge as pets. They will almost invariably be subject to tougher physical conditions, which leaves them at risk for not just failure but also corruption.

Latency is tricky to solve, even when dealing with data centers located at the edge. Successful architects attack latency wherever they can. One widely-used technique is to process and analyze data in memory to remove the latency introduced by disk. Achieving speed at the edge requires removing any dependency on high-latency networking.

Edge devices are small. For a storage system to be viable at the edge, it must provide speed, resilience and security with very little compute and storage resources. The ability to run on devices with low resources — a Raspberry Pi, for example — is essential to building a storage system that might run on a single solid-state drive in an IoT device. The key, however, is that a single solid-state drive must look and act like a full-blown server from an application and API perspective.

There is no way to completely ensure the physical security of either edge data centers or IoT devices. Ensuring encryption at rest and in transit is critical, because placing the same physical security measures around an edge data center as would be in place around a traditional data center is impractical, and it’s impossible in the case of IoT devices. The physical vulnerability of drives at the edge makes encryption essential, so that even if data is accessed, it can’t be read or tampered with.

Designing the appropriate architecture is critical in the edge world. This post presents two models, one where data is gathered at the edge and another where the data is pushed to the edge. While the models are fundamentally different, the storage choice is the same: object.

Photo by Valdemaras D. from Pexels.