An Inside Perspective on the Cloud Foundry Project 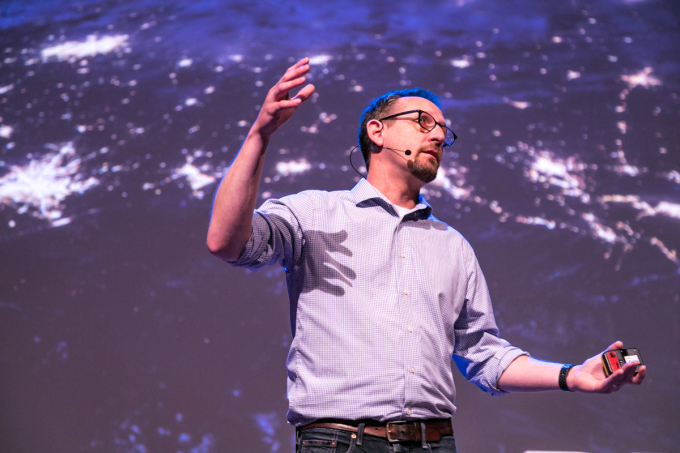 Chip Childers
Chip has spent 20 years in large-scale computing and open source software. In 2020, he took over as executive director at Cloud Foundry Foundation, which he co-founded in 2015. He was the first vice president of Apache Cloudstack, a platform he helped drive while leading Enterprise Cloud Services at SunGard and then as vice president of product strategy at Cumulogic.

I have been with the Cloud Foundry Foundation since its formal launch in 2015, and as I look to move on to the next challenge in my career, I wanted to offer my observations on the past six-plus years and look at what is ahead for the project, which I believe has as bright a future as ever.

The Cloud Foundry journey started over 12 years ago as a project within VMware, initially code-named Project B29. Today, the project is housed within the Cloud Foundry Foundation, part of the Linux Foundation, and development is done by a broad community of contributors who work collaboratively on the project while in many cases employed at companies that compete in the marketplace.

Since its beginning, the focus has been on making developers’ lives easier. In 2021, that focus remains: Developer experience is the reason for everything the community works on.

Impact of the Project

The project’s community has witnessed countless organizations, large and small, using Cloud Foundry to achieve amazing outcomes for their customers, partners and citizens. We have heard stories about transformational changes to the way organizations used software development to their advantage from industry sectors such as global banking, retail, insurance and others. While those are all amazing outcomes, the user stories that stood out to me the most were from government organizations, especially in response to crisis conditions.

Cloud Foundry’s role is only a part of those stories. It serves as a foundational technology that leaders can use to drive changes to process, organizational structure, management methods and development practices. The platform is incredibly powerful, but the success achieved by users is due to much more than any single technology.

Why the Approach Works

There are two key traits of the Cloud Foundry platform that have driven better outcomes in organizations: developer efficiency and operational leverage.

For developer efficiency, the platform focuses on helping developers focus on the software they are delivering — not deployment, configuration, or management. The analogy I’ve been fond of using is cooking a meal. The chef’s goal is to get an amazing meal on the table. They have plenty to do to make that happen, but they aren’t expected to build a new kitchen every day. Too often, software development teams are expected to cook the meal and build the kitchen at the same time. Platforms that provide everything needed to deploy, configure and manage software give developers the time and energy back to focus on what they are really trying to achieve, and Cloud Foundry does exactly that.

Once an organization gets good at delivering software quickly and reliably, it starts to scale the amount of software it produces. This is where operational leverage matters, because without it, organizations must scale their operations teams linearly with the volume of software being deployed. The Cloud Foundry community has always considered operational scalability to be critical for the platform, given its roots as a platform used to deliver public cloud platform-as-a-service (PaaS) services. That’s worked out well for end users that run their own environments, especially when they embrace the idea of being a service provider to their application teams. Organizations using Cloud Foundry have regularly scaled operator-to-application ratios into the hundreds, if not thousands.

The Cloud Foundry project’s start was as a single-vendor product, first at VMware and then at Pivotal Software. By the time the Cloud Foundry Foundation was started in 2015, Cloud Foundry had already been open-sourced, and a community had formed around it. The Foundation was established to give the participating vendors, many of which were competing to sell commercial services based on the project, a neutral home for their shared efforts. In the time since 2015, the community has continued to evolve and change along with the project’s code. Numerous mergers, acquisitions and corporate strategy changes have led to shifting community membership, bringing in new people with new ideas, while seeing old friends move on to other endeavors.

What has been striking to me is the Cloud Foundry community’s focus on people. From the design of the platform to the drive for equity in technology, the community has been people-centric from the start. It’s worked hard to both talk about and demonstrate diversity and inclusion. Community members happily spend time talking about their human-centered design ideas, showing how debate can be vigorous while remaining positive.

Earlier this year, the community began it’s single-largest transformation since the Foundation was created. With a renewed focus on individual contributors, hundreds of votes were cast to elect the first Technical Oversight Committee (TOC) for the community. The group of individuals elected to the TOC, with the community supporting them, are completely reworking the way the project structures its workstreams and decision-making processes. Respect for the needs of the commercial vendors will absolutely remain, but each person will be empowered to “do the work” that they see the need to get done. It’s easier to get involved with the community now, and we are starting to see end users step up in greater numbers than in the past to help drive the project forward.

The Cloud Foundry community has a dual focus for the future: continuing active development of the classic architecture of the platform and continuing to explore the powerful combination of “cf push” and Kubernetes. The project’s open source community feels pride in its past successes and takes very seriously its responsibility to continue to support existing users. At the same time, the community has seen the early success of new adopters that are searching for a better way for developers to use Kubernetes. In both cases, making the lives of software developers easier remains the community’s North Star.

Across the industry, we are also experiencing a resurgence of focus on technologies that relate to developer experience. Kubernetes is transformational technology. It’s a new abstraction on top of infrastructure that gets much closer to the goal of a common abstraction for compute resources. As with all new abstraction layers, it has inspired a fresh wave of innovation above it. The scale of Kubernetes interest and adoption has led this innovation wave to be massive, building out new approaches to enterprise technology problems in all directions. For those that care about developer experience, it’s a wonderful time to be part of the industry. For the Cloud Foundry community, it’s an opportunity to continue to evolve and expand the impact of their work.

As for me personally, it’s time to get back into the commercial side of the market. At the end of this month (August), I will be moving on to the next adventure in my personal journey. It’s been a long and fulfilling six years since I joined the Cloud Foundry Foundation. I will miss this community, but I know the Cloud Foundry project is in good hands going forward.

The Cloud Foundry community has reached a point where it is largely self-managing, so there will not be an executive director in the near term. The standard support model that the Linux Foundation provides to countless communities is a perfect match for the community’s current needs. The CFF and the Cloud Foundry community are in good hands. My thanks to all of you for being part of the journey, and I’ll see you along the road in the future.