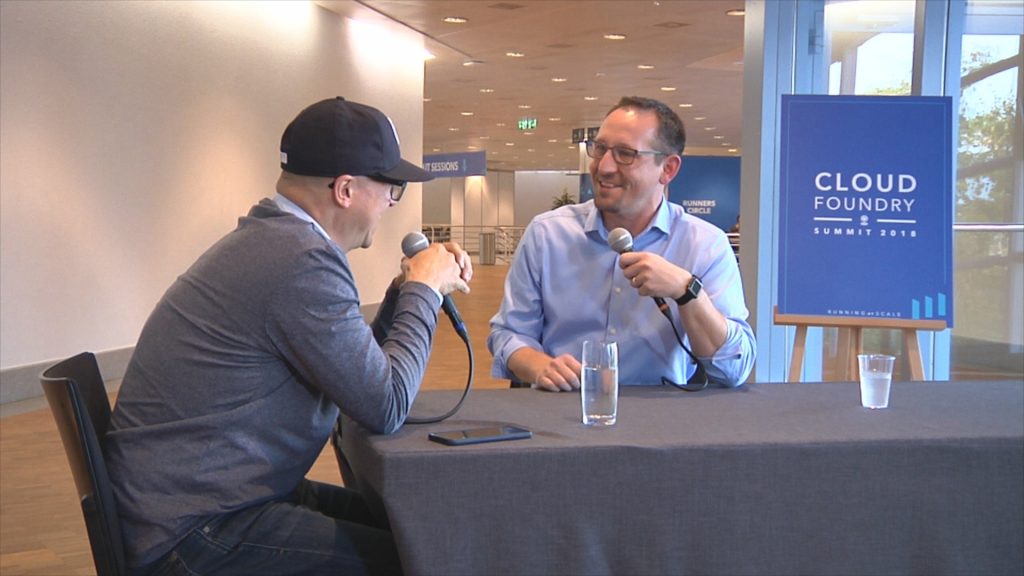 The open source moment has gone through some profound changes over the past two decades to become the cornerstone of full stack computing it is today.

After entering tech in the late 1990s as a programmer for early web-based platforms, Chip Childers, chief technology officer of the Cloud Foundry Foundation, has seen how the movement has evolved on a code level. He discussed this and other themes about his lifework during a podcast Alex Williams, founder and editor-in-chief of The New Stack, hosted during Cloud Foundry Summit Europe 2018 in Basel, Switzerland.

Childers said: “I think we’ve learned a lot as an industry about its open-source infrastructure services,” and noted how “there are definitely places where they are valuable.”

However, much work remains to be done. “We’ve also learned that instead of trying to automate all of these devices,” Childers said. “We need to simplify. I’m reflecting what the industry is doing.”

Childers said Apache Mesos is a good example. “Mesos is trying to be simple. It’s hard to initially figure out how to use, it but once you do its basic tenants are ‘describe what you want’ and the controller is going to sit there until it gets there — or keep attempting until it gets there.”

Childers programming days began when his grandmother gave him an early 1980s model Texas Instruments 99/4A person computer when he was a child. Playing games on it was a study in both code and hardware hacking, involving reusing audio and scotch tape. The process provided the foundations for multi-task skills required in today’s DevOps world in which developers must have a wide variety of skills he said.

Referring to his early hacking days, Childers said “you’re building something,” he said. “You’re kind of scratching the itch of like, “I like to build things.” And I happened to also like to repair houses and I like to do things with my hands but you could use your mind to create something. And I think it just sort of activated that in me.”

Childers ended up studying film and television production in Pennsylvania at Kutztown University. “I was also focused on communications and kind of storytelling but also the engineering behind all this stuff,” Childers said. “So that was an interesting educational experience, but then that was in the initial internet boom and I realize, ‘wait a minute — I kind of like this computer thing and seems hot, so I should get on that.”

Childers began his career as a programmer followed an architect and development team lead programmer for Qwest Solutions beginning in 1998 for four years. “This is back when all they had was fiber and they didn’t know what to do with it,” Childers said.

After his four-year stint at Quest, Childers worked at SunGard Availability Services four eight years, mainly as engineer and solutions architect at SunGard Availability Services. He has more recently held key roles as a member of the Apache Software Foundation and with CumuLogic and has served as a board member with DMTF (Distributed Management Task Force). Deep well-rounded experience is key skill to have today, Childers said.

“After being a web developer, I kind of moved deep into infrastructure automation and then I’ve been working my way back up to communication platforms,” Childers said. “So maybe we’re going to connect some dots here — sort of like bridges.”

Indeed, the full stack today starts with how to encrypt the Ethernet “all the way up, CSS and JavaScript work,” Childers said.  [In my case], I’m not very deep — I’m not a structural engineer and I’m not a great web developer,” Childers said. “But what [my experience] ended up giving me was a perspective on all of these layers of abstraction we have — and frankly, a lot of them could be a lot better.”

7:48: What was application development like back then? What was the technology stack that you were building?
11:47: Is that part of your philosophy with leading the technical direction of the Cloud Foundry Foundation?
13:49: What are some of the patterns you’re seeing that can help the community build bridges within the technology itself?
19:16: The Diego runtime, Kubernetes, and the Eirini project.
22:32: Istio integration in the Cloud Foundry runtime.
25:33: Service mesh as a conceptual solution to problems.