An Open Source Leader Is Gone, a Remembrance of Dan Kohn 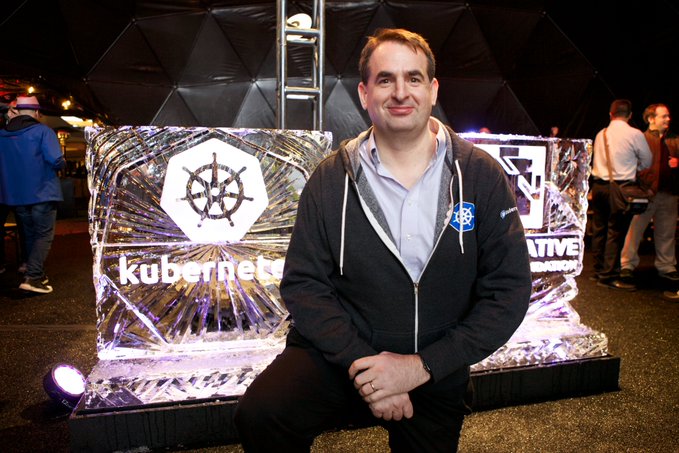 Kubernetes, the Cloud Native Computing Foundation and the cloud native computing community will forever be associated with Dan Kohn, who passed away Sunday of complications from colon cancer in New York City. He leaves behind a beautiful family who we will always remember often accompanying Dan on his many travels.

An extraordinary human departed the Earth today. Dan Kohn @dankohn1, my life partner and father of our two children, died of complications from colon cancer in NYC. Thank you for the outpouring of love and support, especially from the #opensource community.

Dan is now larger than life. He leaves a path ahead for us. His presence has grown as we remember him now and what we see in ourselves. In his wake, we have memories of a New Yorker, a family man and someone who led the greater awareness of one of the great open source movements of our time.

Scale. It’s all about scale — how the elasticity of the infrastructure bends and shapes now to application workloads. We accept scale more as the true course for development, deployment and management of infrastructure everywhere, of programmatic means to build our new realities. The cloud is an amorphous concept. What’s more real is the services and software running on distributed architectures. Everything is in some sense “cloud native.”

I first met Dan in 2016 during DockerCon, for breakfast. All I really remember about that meeting was Dan’s big smile and a certain twinkle in his eyes that I now recall from trips to many places where Dan led the charge: New York, Shanghai, Barcelona, Austin — the list goes on.

.@dankohn1 was the man who stood in the arena and fought the good fight and gave the world #teamcloudnative. To him belongs the victory and the credit, along with @cra. #opensource will never be the same after @CloudNativeFdn and to Dan we owe that. (1/many) https://t.co/ULl2xEvYbN

We knew little in 2016 about what Dan was up to but we soon got a hint. The CNCF was already established but what it represented was still a bit unclear. If anything, Dan was a businessman and a computer scientist. He knew the economic importance of at-scale computing and the technical complexity that made it so fascinating.

The technical community was ready for someone like Dan — they needed help. Open source cloud native projects were growing but the resources were essential to keep progress moving. He was there to make sure the work got done that technologists should not have to do: Building awareness, supporting the publicity of new projects and perhaps most of all, smoothly running the conferences.

And with the conferences came a new generation of startups and technical leaders who came to truly define the community. It is without question that the leaders who emerged from those days have Dan to thank for all his work in giving them a platform to tell their stories, to explain the complexities of Kubernetes and cloud native projects.

The projects each have their own legends associated with them. For us, as geeky journalists, these projects were like candy. CoreDNS, containerd, Envoy, Prometheus — they all had this sort of magic. You knew that these were what needed baking into the architecture, like ingredients in a pie. 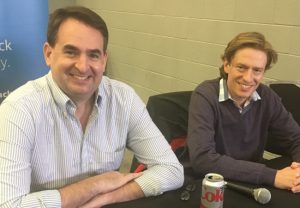 And to draw the metaphor further — what an economic pie emerged from Dan’s work. Look at KubeCon in Seattle, late in 2016. The place was packed. And there were new startups, everywhere, with more established vendors realizing how big a deal this would be.

In the years following, the KubeCon + CloudNativeCon events attracted thousands of people. In San Diego about one year ago, 12,000 people showed up for KubeCon + CloudNativeCon. Each year, the conferences grew. And with that growth, there were major acquisitions and billions in funding for companies in the cloud native landscape.

Dan was tireless in telling the Kubernetes and cloud native story. He traveled around the world in one trip more than once, including when he flew from China to Amsterdam for a talk at Software Circus on chipping away the monolith.

@dankohn1 is at the circus! And he is going to talk about chipping away at the monolith. #softwarecircus #cncf https://t.co/m0UQvcGMvI

Dan Kohn will be remembered as one of the great open source leaders of our time. He is a myth now, as well he should be. Dan is larger than life.

Thanks, Dan for being our friend and supporter for all these years — we miss you already.

Why Cores Count! What’s Next for AMD EPYC on Equinix Metal
January 12, 2022