Anchore: Scan Your Container Images for Vulnerabilities from the Command Line

Anchore Engine, a open-source software for inspection, analysis, and certification of container images. The Anchore CLI provides a developer interface for these capabilities. This piece of command-line magic can pull down images from the official Docker registry (or other registries), store them in a local library, and then run vulnerability scans, policy evaluations, and even list system packages found in the image.
Jun 4th, 2021 11:40am by Jack Wallen 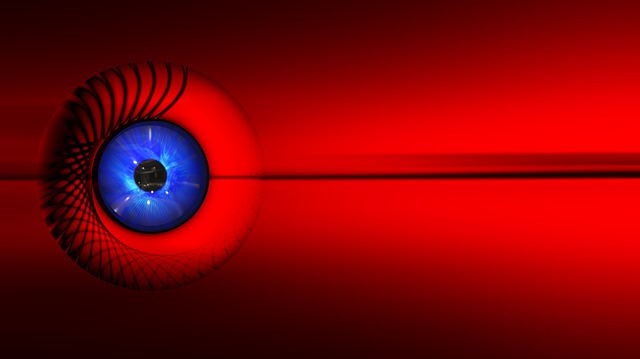 You develop for a Kubernetes cluster. Or maybe you deploy single container microservices to your cloud-hosted platform. Either way, your work depends on having images that are as free from vulnerabilities as possible. No matter if you develop your own images from the ground up, or if you use pre-rolled images, you need to know where they stand with regards to security.

One way to take care of that is using the Anchore Engine, an open source software for inspection, analysis, and certification of container images. The Anchore CLI provides a developer interface for these capabilities. This piece of command-line magic can pull down images from the official Docker registry (or other registries), store them in a local library, and then run vulnerability scans, policy evaluations, and even list system packages found in the image. In other words, it can ensure the images you depend on are good to go.

But Anchore CLI isn’t exactly the most writ large tool in the developer toolkit. Not only is it yet another container adjacent tool with less-than-ideal installation documentation, but its usage also isn’t exactly obvious. I’m going to clear that up for you, such that you can get Anchore CLI in play with your daily container development workflow.

To make this work, you’ll need a running instance of Linux that supports Docker and a user with sudo privileges. I’ll be demonstrating with Ubuntu Server 20.04, but the process is similar on most Linux distributions (so long as you modify the installation commands to match your distribution’s package manager).

With that said, let’s get Anchore CLI up and running.

The first thing we must do is install Anchore CLI. Before we do that, we’ll make sure we have Docker installed. For that, log into your Ubuntu server and install Docker with the command:

Once installed, add your user to the docker group with the command:

Once Docker is installed, we need to install PIP, which is done with the command:

With the Python package manager added to the system, you can then install Anchore CLI with the command:

When the above command completes, you’ll find the anchore-cli command isn’t available to run. Why? Because Pip installs the executable in ~/.local/bin, which is not a part of your user path. To fix that you need to add the directory to your path with the command:

At this point, if you issue the command anchore-cli, you’ll find it’s unable to connect to the Anchore Engine. That’s because we have to add that to the system. Fortunately, the easiest path to get this subsystem up and running is to deploy it as a container. For that, we’re going to need to add Docker Compose into the mix. This can be done with the following two commands:

Next, download the Anchore Engine YAML file with the command:

With the YAML stored, deploy the engine with the command:

After Anchore Engine has deployed, you need to give it a few minutes to come up. While it’s working, let’s export some variables (so you don’t have to always add them into the Anchore CLI commands). We’re going to set the URL, user, and password variables. The default credentials for Anchore Engine are admin/foobar.

Change foobar to whatever password you like. Save and close the file. If you’ve already deployed the Anchore Engine contain, before changing the password, issue the command:

To set the environment variables, issue the following three commands:

Where SERVER is the IP address of your server and PASSWORD is what you set in the YAML file (NOTE: If you didn’t change the password, make sure to use foobar).

You’re now ready to make use of Anchore CLI. First, let’s download an image, and then we’ll scan it. We’ll download the official openjdk:8-jre-alpine image with the command:

After the image is downloaded, Anchore CLI will begin the process of analyzing the image. This will take some time. If you issue the command:

You will see that the openjdk-8-jre-alpine image is still in the process of being analyzed (Figure 1).

Figure 1: The analysis of the openjdk-8-jre-alpine image isn’t complete.

If you receive the error “Unauthorized,” it’s because Anchore CLI isn’t recognizing the variables you set. I’ve found this to be far too common than not. To get around that, you must issue the command, including the authorization credentials like so:

Once the image has moved from analyzing to analyzed (you’ll need to keep issuing the image list command to find out), you can then perform a vulnerability scan with the command:

The above command will list out all of the known vulnerabilities (Figure 2) associated with the image (if there are any).

Figure 2: A few CVEs listed as High my keep you from using this image.

If you find an image contains too many unacceptable vulnerabilities, your best choice would be to avoid that image and find another to use for development purposes.

To run a policy check, the command would be:

You can even subscribe to receive notifications when new CVEs are added to an update with the command:

And that’s all there is to installing and using Anchore CLI, to ensure you’re using container images that are safe from vulnerabilities. Use this tool wisely (and often) and it will serve you well.

SHARE THIS STORY
RELATED STORIES
What Is Apptainer and How Do You Install It on Ubuntu Server? 3 Container Practices to Boost Your Security Posture How to Deploy Containers with nerdctl The Next Evolution of Virtualization Infrastructure Docker versus Kubernetes: Start Here
TNS owner Insight Partners is an investor in: Docker.
SHARE THIS STORY
RELATED STORIES
Acorn, a Lightweight, Portable PaaS for Kubernetes Deploy a Container Stack in Portainer from a GitHub Repository Can Observability Platforms Prevail over Legacy APM? 3 Container Practices to Boost Your Security Posture Case Study: How SeatGeek Adopted HashiCorp’s Nomad
THE NEW STACK UPDATE A newsletter digest of the week’s most important stories & analyses.
The New stack does not sell your information or share it with unaffiliated third parties. By continuing, you agree to our Terms of Use and Privacy Policy.