Angular vs. React: How to Choose the Right Framework for You

What are the key advantages and differences between Angular and React, two popular JavaScript frameworks? Check out our guide for developers.
Jan 13th, 2023 5:00am by Alexander T. Williams 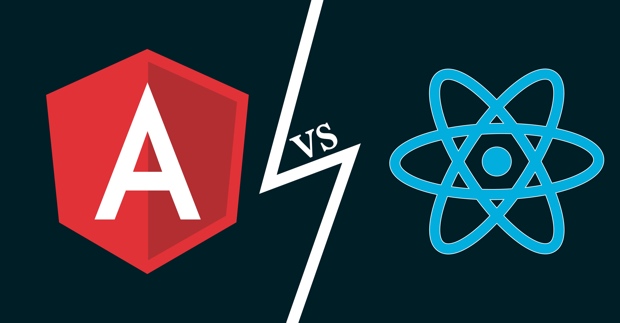 When choosing a JavaScript framework for your frontend development project, the two most suitable options will likely be Angular and React, both of which have established themselves as key players. Both are capable of building very complex and intuitive interfaces, but each has unique features that set it apart.

In this article, we will discuss the key advantages and differences between the two open source platforms, offering guidance on how to choose the right framework for your next project.

Who Needs to Use a JavaScript Framework?

A JavaScript framework is used by frontend developers to help create functional apps with reduced coding times. More and more options are appearing on the market, including Angular and React, as the need for bespoke apps continues to grow.

This has led to a strong demand for developers of all types, who can often command a salary upwards of $125k in the US.

Developed by Google software engineers, Angular is an open source platform and web application framework that is based on TypeScript and HTML. It can be used to create single-page applications (SPAs) on both mobile and the web.

With Angular, HTML tags can be placed inside TypeScript files, helping to streamline code and implement a range of features — such as type aliases and abstract classes. Here is an example of HTML tags being used within a TypeScript file (via StackOverflow):

A unique feature of Angular is that it has two-way data-binding functionality, allowing the user to change a value in the input box so that the property value of the component class is automatically updated. This means that when data is changed within the model, it is also updated and formatted in the view in real-time. Read more about model-view here.

Note: Angular and AngularJS are not the same platforms, as the latter is solely JavaScript-based. TypeScript improves on JavaScript in many ways, including providing project scalability, language features, reference validation, team collaboration, improving the developer experience, and the ability to maintain code more efficiently.

The Benefits of Using Angular

The key benefits of the Angular platform include:

React is developed by a team from Facebook and is an open source JavaScript library that can be used to create interfaces for single-page applications. Featuring web and mobile app view layers, the library allows developers to build an interface using a range of isolated components.

React is impressively flexible, allowing for the development of apps that vary in complexity on web and mobile platforms, while also integrating several external libraries to improve its offering.

Unlike Angular, React uses one-way data binding as standard; however, two-way data binding can be achieved with the platform’s LinkedStateMixin addon. With or without this addon, developers do not need to reload the page to view any changes. This is because React does not create any extra Document Object Models (DOM), like platforms that use a traditional data flow.

The Benefits of Using React

Now that we have an understanding of what each platform does and what they can achieve, let’s look at the key differences that will help determine which option is the right one for you.

Both platforms are open source, use component-based architecture, and are used to develop interfaces for both web and mobile. Other similarities include client and server-side rendering, comparable performance levels, and quick and easy updates.

Angular is a much more complex platform that is more suitable for experienced developers. On the other hand, React is very easy to learn and is more accessible for new developers, utilizing JSX to easily combine JavaScript and HTML. JSX is a syntax extension to JavaScript that allows developers to structure component rendering using syntaxes they are familiar with. JSX is very similar to HTML in appearance.

The learning curve for Angular is much steeper than that of React. This is because React uses a one-way data flow and there are various ways of performing similar tasks. With Angular, developers must learn a specific way of doing things — tasks like debugging, for example, can be complex.

Angular is a complete framework, therefore it offers many more features than React, which is predominantly a JavaScript Library. This means that React needs to be used alongside a compatible framework, such as Redux or Atomize, to offer a comparable developer experience.

Combining React with a framework like Atomize helps developers to:

Angular offers two-way data binding by default; however, React can also handle data in this way thanks to its LinkedStateMixin addon. This, of course, comes down to the preference of the developer and their debugging methods.

UseState is one of the most popular options for React when it comes to local state management, allowing developers to toggle between two values (typically true or false). Developers commonly use such libraries to give them more control over individual elements within the application.

So What Will It Be?

Angular is a much more comprehensive platform, but React is very flexible thanks to its compatibility with a range of libraries, frameworks and tools.

Although React offers an easier learning curve, Angular is more expansive. Once a developer has a thorough understanding of the platform, Angular can be used to more easily develop more large-scale projects (when compared to React).

React should be considered a more accessible option, helping new developers to start creating apps quickly, before sometimes moving on to the more advanced and capable platform, Angular. Ultimately, the decision is dictated by the developer’s experience and skill level, as well as their overall goals.

Although not all React developers make the move to Angular, it is a common path of progression for anyone who requires a more functional and feature-rich interface to build large-scale projects. 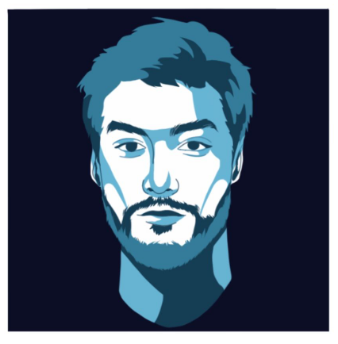 Alexander Williams is a full stack developer and technical writer, with a background working as an independent IT consultant and helping new business owners set up their websites.
Read more from Alexander T. Williams
SHARE THIS STORY
RELATED STORIES
Prepping for 2023: What's Ahead for Frontend Developers 2022 a Golden Year as JavaScript Moves to the Edge Top 5 Internet Technologies of 2022 Build Your Own Decentralized Twitter, Part 3: Hello Mastodon What It's Like to Run a Mastodon Server in the Musk Twitter Era
SHARE THIS STORY
RELATED STORIES
Learning Storage and Retrieval with a Hash Function A Leg-endary Year: Top 5 Internet Technology Stories of 2022 Beyond Hello World: Startup Gamifies Development Skills 2023 Web Tech Check-in: React Performance, PWAs, iOS Browsers Crypto Winter Puts Dampener on Web3 Developer Growth
THE NEW STACK UPDATE A newsletter digest of the week’s most important stories & analyses.
The New stack does not sell your information or share it with unaffiliated third parties. By continuing, you agree to our Terms of Use and Privacy Policy.