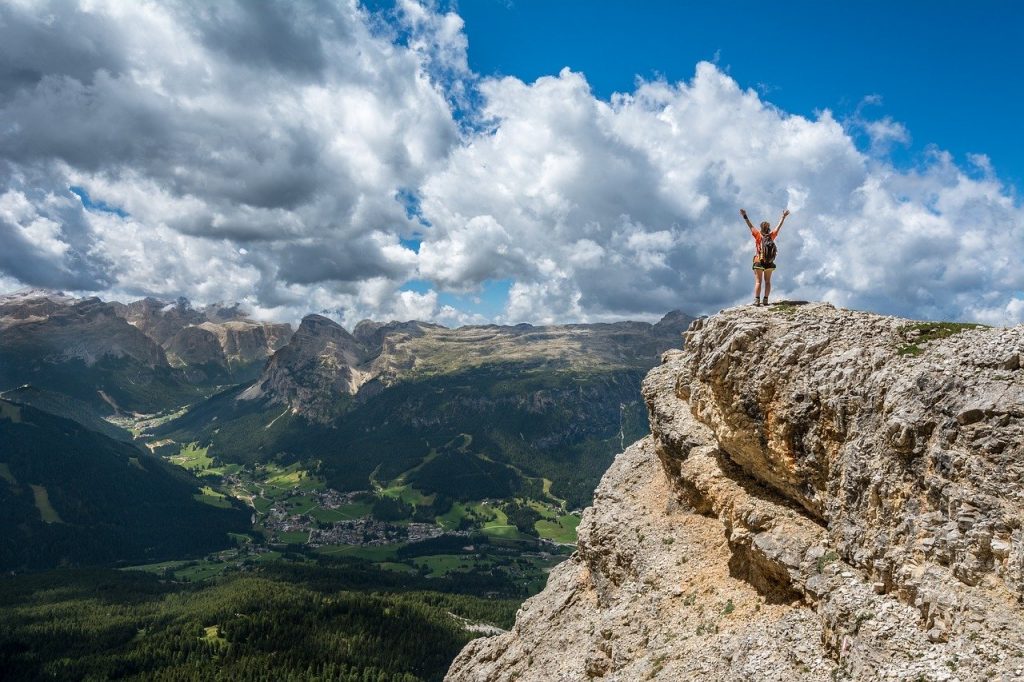 Almost three-quarters of Chef users in the 2020 StackOverflow survey don’t want to use it next year. Only IBM DB2, VBA and a couple of other technologies are as “dreaded” in the industry. Puppet’s outlook isn’t that much better.

Over the last several years, Red Hat’s Ansible and now HashiCorp’s Terraform have risen to become two of the top tools used to deploy infrastructure as code. Ansible and Terraform are used by a third of the survey participants that describe site reliability engineering as one of their job roles. Many site reliability engineers (SREs) are clamoring to use Terraform in the upcoming year, while the other three tools are set for declines.

More than half of the SRE respondents also described themselves as DevOps specialists. Among this group, Terraform is also expected to shine in 2020, while a slight increase is predicted for the other three tools. The SREs and DevOps roles are very likely to be using these tools, it is instructive to focus on their technology roadmaps when evaluating the future of various solutions that are sometimes described as infrastructure as code.

The StackOverflow survey did not ask about many other infrastructure-as-code tools, with AWS CloudFormation, Helm, and SaltStack noticeably missing from the questionnaire. These and other tools native to other cloud platforms will be included in The New Stack’s reporting about the viability of multicloud programmable infrastructure. 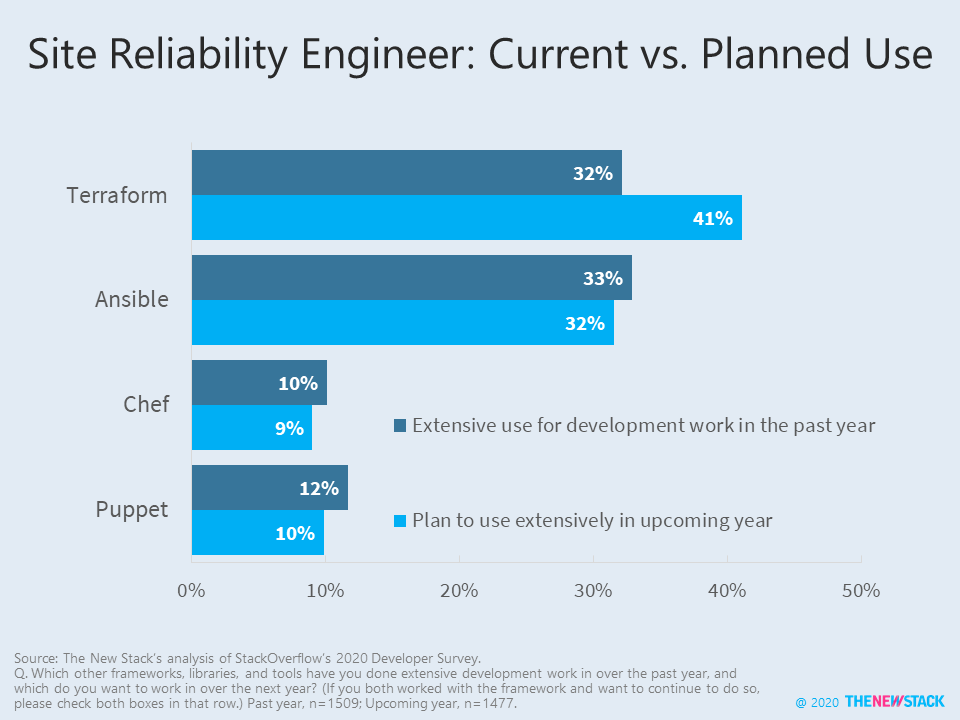 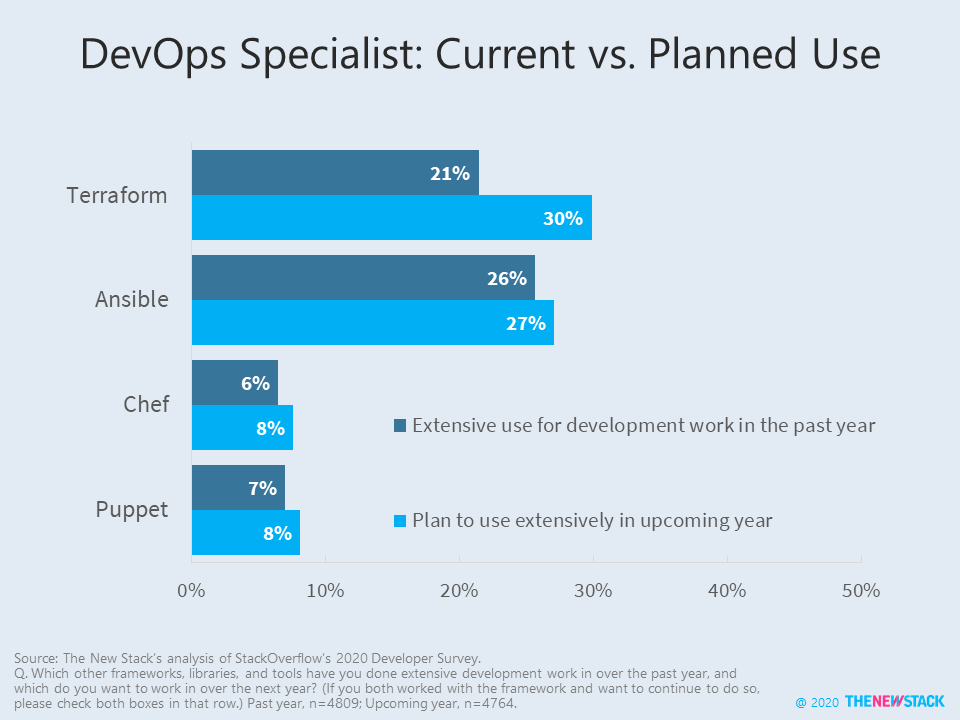 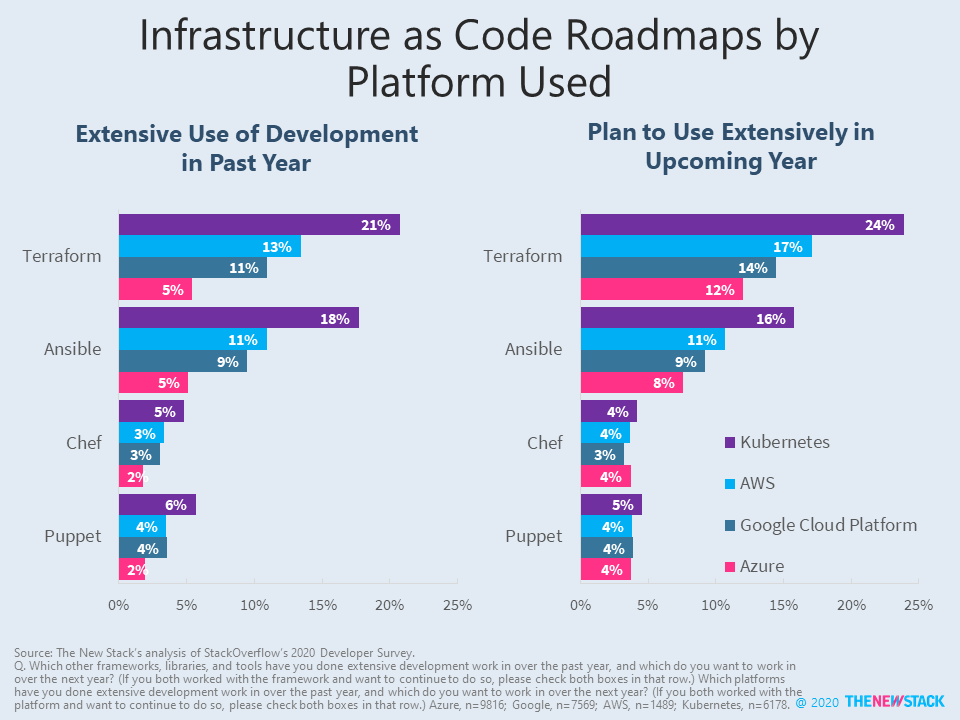 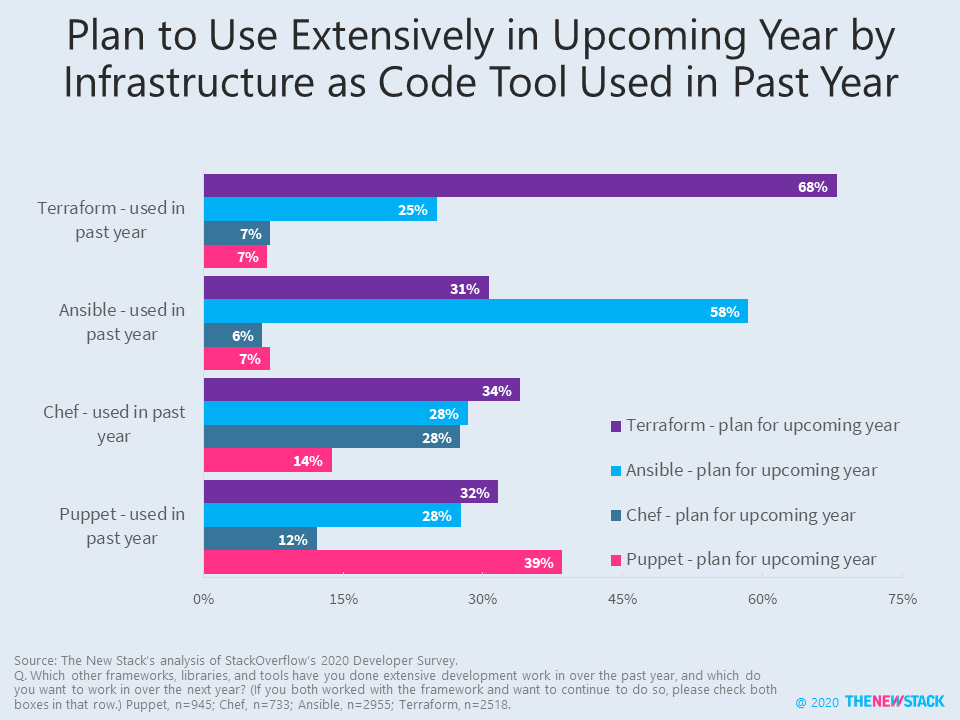 Lawrence has generated actionable insights and reports about enterprise IT B2B markets and technology policy issues for almost 25 years. He regularly works with clients to develop and analyze studies about open source ecosystems. In addition to his consulting work,...
Read more from Lawrence E Hecht
SHARE THIS STORY
RELATED STORIES
SRE vs. DevOps vs. Platform Engineering Rethinking Java @Scheduled Tasks in Kubernetes Crossplane: What Most People Get Wrong (and How to Get It Right) Platform Engineers: Developers Are Your Customers A Platform Team Product Manager Determines DevOps Success
Red Hat, AWS, and SaltStack are sponsors of The New Stack.
TNS owner Insight Partners is an investor in: The New Stack.
SHARE THIS STORY
RELATED STORIES
Platform Engineering Benefits Developers, and Companies too Platform Engineer vs Software Engineer What TNS Readers Want in 2023: More DevOps, API Coverage Platform Engineers: Developers Are Your Customers CyberArk Decreases Cognitive Load with Platform Engineering
THE NEW STACK UPDATE A newsletter digest of the week’s most important stories & analyses.
The New stack does not sell your information or share it with unaffiliated third parties. By continuing, you agree to our Terms of Use and Privacy Policy.