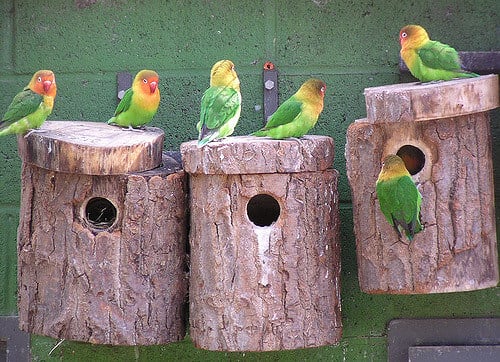 An offshoot from Apache Spark, Apache Bahir is a new top-level project from the Apache Software Foundation designed to curate extensions and plugins related to distributed analytic platforms.

“The Apache Spark project is more focused on the runtime and making sure the platform is very solid, very robust. I think growing a bunch of extensions and having to maintain those extensions might become a burden on the members,” said Luciano Resende, vice president of Apache Bahir and an architect at IBM.

“Making it a separate project provides more flexibility and gives each one an opportunity to focus on what its members consider most important,” Resende said.

These sub-projects for integrating with different external sources for streaming were moved out of the main Spark project in March.

Apache Bahir also has a strong relationship with different storage layers and intends to reach out to other ASF projects with an invitation to collaborate, Resende said.

“We’re starting with Spark, and a lot of people are coming from Spark, but we’re open to other extensions from distributed platforms. If people from Apache Beam or Apache Flink want to use us as a place to collaborate on their extensions, we’ll welcome them as well,” he said.

It just issued its first release, called Bahir 2.0 preview, which is based on Apache Spark 2.0 preview, as a way for users to get started with it. It will follow closely with an updated release with the launch of Spark 2.0, due shortly.

“We are very interested in streaming-mqtt for remote sensing applications and control/monitoring. We have a lot of Big Data needs in earth science, especially in remote and difficult to access environments, and plugins such as streaming-mqtt from Bahir provide a readily accessible and Apache-based solution to that,” said Chris Mattmann, a member of the Apache Bahir Project Management Committee, and chief architect for the Instrument and Science Data Systems section at NASA Jet Propulsion Laboratory.

There are benefits to making extensions a separate project, Resende said.

“Let’s say you have an extension on an Apache HBase project that’s also Spark,” Resende said. “The problem of being co-located with that is that the release cycle never aligns. You might have a newer version coming out for HBase or a newer version coming out of Apache Spark. And if things change on each side, you’re going to be a little bit behind. By having an extension on a third-party project like Apache Bahir, you have a vehicle to have the release and update your extension when both of the projects come out. If HBase comes out and you have to quickly provide a new functionality for your extension, you can do that outside the release cycle of the other project, which you wouldn’t be able to do if you’re co-located with one or the other project.”

Created at NASA Jet Propulsion Laboratory in 1998 as a way to build a national framework for data sharing, it entered the Apache Incubator in January 2010. And became a top-level project in November 2010.

Known as “middleware for metadata,” the version 1.0 features include data ingestion and processing; automatic data discovery and metadata extraction; metadata and resource management.

Susan Hall is the Sponsor Editor for The New Stack. Her job is to help sponsors attain the widest readership possible for their contributed content. She has written for The New Stack since its early days, as well as sites...
Read more from Susan Hall
SHARE THIS STORY
RELATED STORIES
Connections Problem: Finding the Right Path through a Graph Accelerating SQL Queries on a Modern Real-Time Database Is Your Data Lineage Helping You Make Smart Decisions and Set Priorities? How Prescient Devices Uses Time Series Data for IoT Automation Do We Need Data Normalization Anymore?
SHARE THIS STORY
RELATED STORIES
Explore or Exploit? Trivago's ML for New Recommendations What Is Data Streaming? Artemis Mission, Telescopes Present Data Challenges for NASA CEO Raj Dutt Interview: The Grafana Experience Will Change How Prescient Devices Uses Time Series Data for IoT Automation
THE NEW STACK UPDATE A newsletter digest of the week’s most important stories & analyses.
The New stack does not sell your information or share it with unaffiliated third parties. By continuing, you agree to our Terms of Use and Privacy Policy.