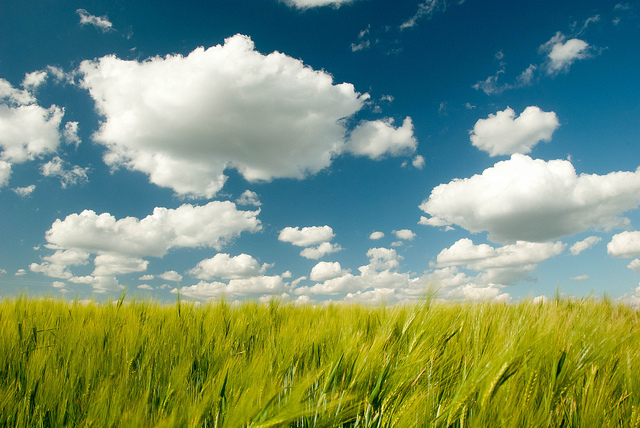 The Apache Software Foundation has the version 4.6 release of Apache CloudStack, which it bills as the cloud orchestration platform that “just works.”

Sebastien Goasguen, vice president of the project, said releases will be coming much faster, thanks to a new workflow that keeps a production-ready release branch available all the time.

In addition to more than 200 bug fixes, CloudStack v4.6 reflects a number of enhancements:

CouldStack competes with OpenStack and to a great degree risks being overshadowed by it. But it has a range of customers, including a number of universities, such as Imperial College, Melbourne University, University of Cologne, and University of Sao Paulo. Some telecoms are fond of the software, including BT Cloud, China Telecom, Korea Telecom, as well as service providers such as CloudOps, Datacenter Services, DataCentrix, Datapipe, EVRY, Exaserve, Exoscale and IDC Frontier.

The software was initially developed by Cloud.com, which Citrix acquired in 2011. Citrix turned the project over to the Apache Software Foundation in 2012, and in April, Citrix announced it had signed on as an OpenStack corporate sponsor. OpenStack also has the support of Hewlett-Packard, IBM, and Red Hat

Mark Hinkle, director of open source solutions at Citrix, said at the time it would continue to support CloudStack and its commercial derivative Citrix CloudPlatform.

He described as more user-driven rather than a vendor-driven project – “and those [user] voices are not as vocal as someone selling OpenStack solutions.”

“Cloudstack’s niche is carved out of the fact that it is simple to deploy, proven and very scalable. It has a tightly defined scope.

“It is used by a growing number of service providers who wish to run IaaS environments at huge scale and other organizations that want the benefits of an automated infrastructure without the time and cost implications that other technologies can bring.”

CloudOps, a Montreal-based managed cloud service provider, works with both CloudStack and OpenStack, but similar to the hypervisor world, one solution does not fit all needs, according to Ian Rae, CloudOps CEO.

OpenStack has primarily found a niche in the private cloud market, competing against proprietary VMware-based virtualization in cost-centric enterprises. OpenStack has not been very successful for service providers who are profit-centric and largely struggle with the operational cost and complexity of building and running OpenStack-based clouds, he said.

CloudStack is commonly used to build public cloud services, primarily for regional clouds, and is popular with many software companies who run at large scale and who want to control costs – especially among service providers (both SaaS and IaaS) because it is simpler and cheaper to build and run, he says.

While there are more OpenStack clouds, CloudStack clouds are bigger on average with many in the tens of thousands of nodes.

“We see a lot of money being invested in OpenStack, which has driven a vibrant but somewhat unstable ecosystem. On the flip side, we see more money being generated by CloudStack, but much less investment and a small but steady ecosystem,” he said.

On the technology side, OpenStack has a distributed systems architecture with dozens of projects that you can take or leave, he said. CloudStack is more of a discrete product, which is quite monolithic and tightly integrated, but is less easy to adapt to highly customized use cases.

While vendor marketing keeps OpenStack in the news, CloudStack has no marketing and risks slipping out of the limelight.

“We hear stories of adoption of Amazon, OpenStack and Microsoft Azure. We seldom hear about CloudStack. The last interview that included some mention of CloudStack was ages ago — at least a year ago,” said analyst Dan Kusnetzky of Kusnetzky Group, which does not collect market share data, but does talk to decision-makers at companies and supplier representatives.

“While it is possible that there is a great deal of interest in this stack of software, we’re not hearing about it.”

CloudStack is a viable competitor to OpenStack and other IaaS software, but it is becoming less of a preference as OpenStack continues to mature and grow and as non-open source public clouds such as Amazon Web Services and Microsoft Azure gain traction, said Jay Lyman, research manager for cloud management and containers at 451 Research.

“CloudStack is in many ways more mature, stable, simple and battle-tested as a cloud for enterprises and service providers. However, we see many organizations opting for OpenStack instead based primarily on its extensibility beyond basic IaaS and management in areas such as DevOps and microservices, mobility and Internet of Things,” he said.

Susan Hall is the Sponsor Editor for The New Stack. Her job is to help sponsors attain the widest readership possible for their contributed content. She has written for The New Stack since its early days, as well as sites...
Read more from Susan Hall
SHARE THIS STORY
RELATED STORIES
Retrospective: Why Was Cloud Foundry at KubeCon? What Do 'Cloud Native' and 'Kubernetes' Even Mean? Open Source Underpins a Home Furnishings Provider’s Global Ambitions The Latest Milestones on WebAssembly's Road to Maturity 3 Essential Tips for Adopting DevSecOps
SHARE THIS STORY
RELATED STORIES
3 Ways an Internal Developer Portal Boosts Developer Productivity OpenTelemetry Properly Explained and Demoed How Boeing Uses Cloud Native Livin’ Kubernetes on the (Immutable) Edge with Kairos Project Enriching Dev Experience with Speedy Continuous Integration
THE NEW STACK UPDATE A newsletter digest of the week’s most important stories & analyses.
The New stack does not sell your information or share it with unaffiliated third parties. By continuing, you agree to our Terms of Use and Privacy Policy.