The Apache Software Foundation Struggles from Too Much Success 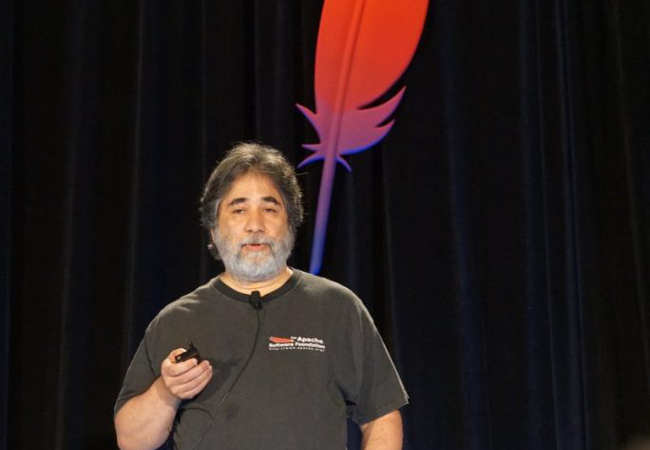 The Apache Software Foundation is growing fast, and if anything, it’s growing too fast, Apache President Sam Ruby told those at ApacheCon North America in Miami on Tuesday.

He also reported that the organization is running a deficit and must figure out a model for becoming sustainable.

The organization has been successful because of its concepts of diversity, independence and openness in software development, he said. No single contributor’s or company’s input is more valuable than any other’s. It has a strict vendor-neutral policy.

It’s not always easy to pull this off, a point Ruby kept coming back to.

Stumbles Along the Way

Sometimes a major contributor leaves, then later comes back expecting to have a special status within a project, but that’s not how it works, he pointed out.

Or a company wants to tout that one of its employees is a project management committee (PMC) “leader.” Except PMCs don’t have leaders.

The organization, all along its 18-year history, has stressed the importance of project continuity regardless of whether a major contributor leaves. in a separate keynote, Adam Kocoloski, IBM Fellow and Chief Technology Officer for the Watson Data Platform, talked about how vital that mindset was to Cloudant, a provider of CouchDB that IBM later acquired, when a major member of its team, Damien Katz, left.

In terms of adoption, the organization has been a huge success, shepherding some of the most widely used open source software, including the namesake Apache Web server, the Hadoop big data processing platform and the Cassandra NoSQL database, among many other projects. The organization has 5,822 committers, 684 members, 181 PMCs, 57 podlings (proposed projects) and 96 various groups.

However, the organization must become more effective at decision-making, Ruby said in a later interview. When he became president last year, he said, there was no mechanism for establishing a budget.

“Yes, we’ve been flying by the seat of our pants,” he said.

The board, of which he’s been a member for 13 years, often concludes meetings without making a final decision. In effect, the organization needs a CEO, he said, anathema to an organization long ruled by committee.

“In the old days, the idea was to get everyone in a room and make decisions. But what worked when there were 25 of us doesn’t work when we’re in the thousands,” he said.

He said he’s been making decisions on things that the board has not specified.

Meanwhile, the organization’s most recent annual report, which has been published, shows a deficit of around $130,000 on revenues of just over $1.2 million. He told the audience the organization has about a year in reserves.

Ruby said that for the first time, he asked those responsible for a particular aspect — infrastructure, fund-raising, marketing — to do best-, middle and worst-case projections for the next five years. At the current growth rate, in five years according to the worst-case scenario, the group could be $933,000 in the hole.

So the group must either cut expenses or increase sponsorship. The board met in Washington, D.C., two months ago and again Tuesday to talk about to do. The consensus was to focus on adding sponsors, primarily with a new pitch deck to better sell the value of contributing to the organization, he said.