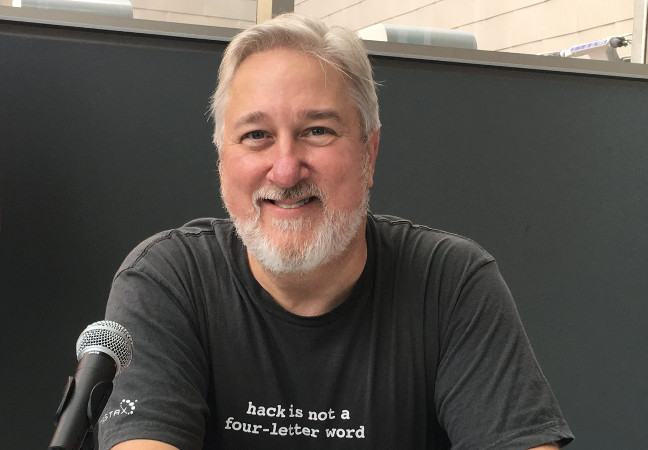 As one of the co-founders of the Apache Software Foundation, Jim Jagielski helped create the open source licensing environment that we know today. Indeed, many modern business models built around open source servicing and support, derive from Jagielski’s earliest negotiations with IBM to produce a legal institution around permissive collaboration.

“Of course, back then, the idea of using open source was incredibly scary,” said Jagielski in an interview with The New Stack’s Alex Williams, at the recent O’Reilly Open Source conference in Austin, Texas. “Because, who do you call if there are problems? There wasn’t really anyone at all providing that kind of support.  But that created a cottage industry of companies… Red Hat is a perfect example. That’s really where their business model is.”

It isn’t exactly obvious to many software developers — especially the freelance ones — but the real purpose of licensing software is to establish an authority that stands behind both the privileges and restrictions pertaining to the product. Truly, freedom isn’t really so unburdening unless there’s an established entity making that declaration and standing behind it, such as Apache.

So it wasn’t until the legal terms specified by open source licenses became not only accepted but defensible in court, that businesses such as Red Hat and SUSE could emerge and be recognized and respected. This led to Apache’s ability, as Jagielski described for us, to include terms in its version 2 license that respect the rights of patent holders, so long as they grant licensees the royalty-free right to use patented intellectual property.

And later, Capital One — where Jagielski presently serves as a senior distinguished technical fellow — can safely adapt its corporate culture to be permissive about using and adapting open source software, without the fear of being charged with violating copyright with its adaptations.

But perhaps Jagielski’s most eye-opening revelations about the changes that have already happened in open source licensing — in ways we may not have been aware of — involve the legal meaning of “distribution.” In an earlier age, to use software, you had to copy it — and of course, that’s distribution. Yet when server-based applications were first being subscribed to by users and utilized through browsers without copying, suddenly it wasn’t distribution anymore.

“That’s one of the reasons why the Free Software Foundation created a special version of GPL, called the Affero GPL,” he explained, “specifically designed to handle those cases. It basically says that redistribution of software — which is when these licenses kick in — even applies if you’re just using the software ‘as-a-Service.’”

Listen now to the latest edition of The New Stack Makers podcast, recorded from OSCON:

Capital One and Red Hat are sponsors of The New Stack.