APIDays Paris: Building Lambdas and Agility in the Land of Sartre 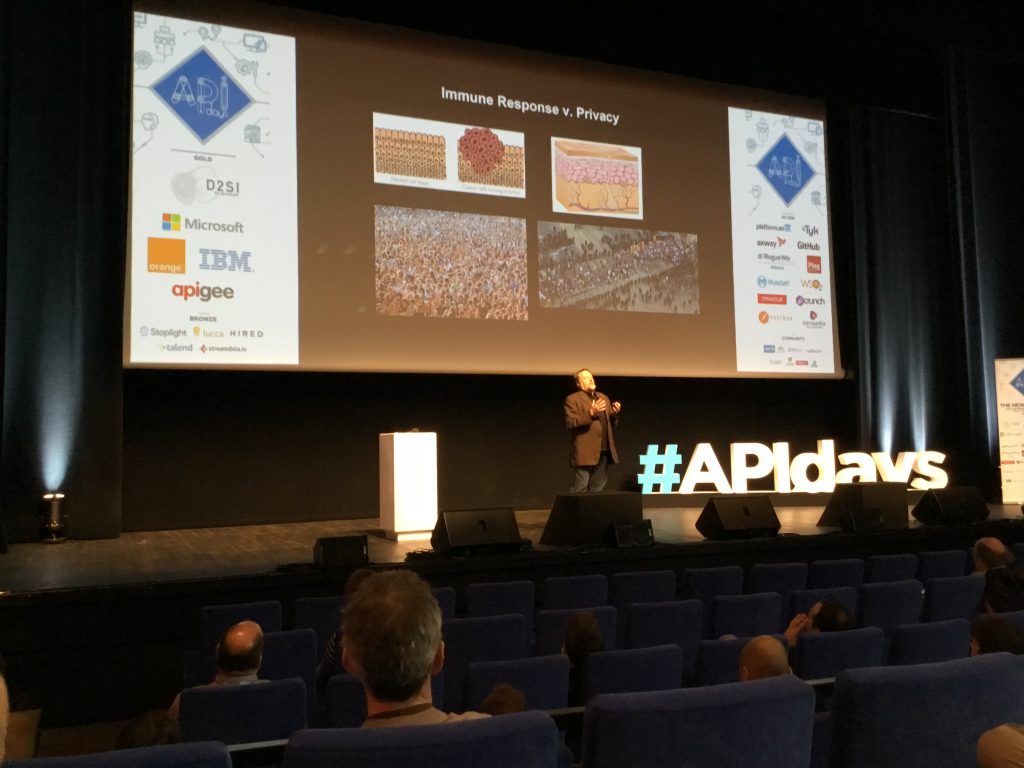 A worldwide series of conferences, APIDays offers a very wide range of talks and workshops that run the gamut of themes, ranging from very high-level trends in computing and development to hands-on training. At APIDays Paris this week, the speaker roster and agenda were at least as varied and impactful as previous conferences. 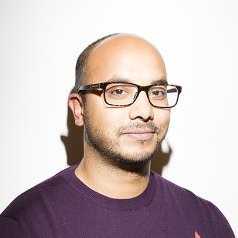 One of the more practical and also high-level talks was given by Ronnie Mitra, director of design, API Academy, of CA Technologies. Under the heading of “The Digital Transformation People Platform,” Mitra described how tomorrow’s star case studies will begin with forming the right teams and culture — which can also vary tremendously, depending on the context.

In other words, Mitra says, organizations will go much further by putting the right teams and structure in place for processes that best fit their needs, instead of trying to emulate what Netflix and Spotify have done.

API-centric technology platforms can certainly foster digital transportation, for example, but at the end of the day, technologies are just tools people use to achieve what they want.

“When people tell you about microservices architecture or API design, they need to talk to you about the people who are behind it, because as it turns out, the people will make the changes. And nine times out of 10, that’s where we need the most optimization,” Mitra said. “A system with people who work together will produce a system of technology, which drives the digital transformation. And so, they need to dig into that and understand it.”

Indeed, “we live in an era of great practitioner advice,” Mitra said. “Everyone has the solution to these problems and there are some really good ones. We’ve all heard of Spotify’s Squads, Chapters, Guilds and Tribes… I even see it on job postings now.”

Netflix’s culture is another example of how many organizations can be overly influenced by what Netflix has accomplished, Mitra said. “In a Netflix presentation, they say, ‘we built the company we did,’” Mitra said. “And we live in this amazing time when people are sharing their conquest so we can learn from it. But don’t confuse these outputs with how they got there.”

Netflix’s and Spotify’s rock star-like case studies in the IT world are just that — interesting examples of what is possible in a digital transformation story, but just that. “These are frozen moments in time, something they produced and they share with you,” Mitra said. “That was suitable for their context. A big mistake we can make when we go on these digital transformation journeys is to just to take something like the Squads and Tribes and apply it.”

Instead, organizations need to self-study what they are and how they must change to become agile. “We need our own strategy; something that fits our own context. So, what I propose is that we look at that network of people [with whom] we’re building things in the same way that I would look at a system architecture and we program it,” Mitra said. “We think about what the forces are that are [underpinning it] and I find this is really all about decisions.”

The focal point of making the right decisions hinges on finding and building the right teams and culture, as mentioned above.

It Can Be Done

Mitra cited Alistair Cockburn, considered one of the creators of the agile software movement when describing the futility of overly studying agile transformation case studies.  “[During a podcast], Cockburn said transformations happen when the people make it happen. For the people who kind of don’t go along with it… when the pressure goes away, those people rise back up and this kind of flows back to where it was before because changing culture means changing people,” Mitra said. “He does say you can become an agile company. This just means the success stories are just not about changing people who have been there for 10 years — it is about [planning a digital transformation] by starting something else.”

“They had a goal and they kept optimizing their organizations towards that goal and you can do that, too,” Mitra said. “Even better, if you understand this kind of underlying principles and forces, you can get to that goal in your own way a lot faster… So, understand these principles, dig into that a little better, then facilitate your digital transformation.”

Others at the conference also described how high-level computing trends overlapped with society and even human existential concerns was Reese Jones, currently associate founder of Singularity University and a Facebook adviser, who has held numerous board-level positions and headed up startups that have had lasting impacts on the tech sector. Jones, during his talk, traced evolutionary biology back to the amoeba stage and described how blockchain fits into the modern-day human ecosystem, in the context of human genetics, artificial intelligence and virtual reality.

Mike Amundsen, director of API architecture, API Academy at Broadcom, gave an overview of bots by tracking their history and offering solutions for avoiding what many see as an impending bot-driven dystopia.

On a very practical level, one of the many hands-on workshops gave this writer his first opportunity to set up a Lambda using a Kong API.